The latest terrifying Climate Report: Fiddling while the planet burns? ‘Code Red’ for humanity…. or capitalism and carbon?

Commenting on the latest IPCC report on climate change, Professor John Barry says that climate breakdown is the overarching context within which all policy issues need to be placed. 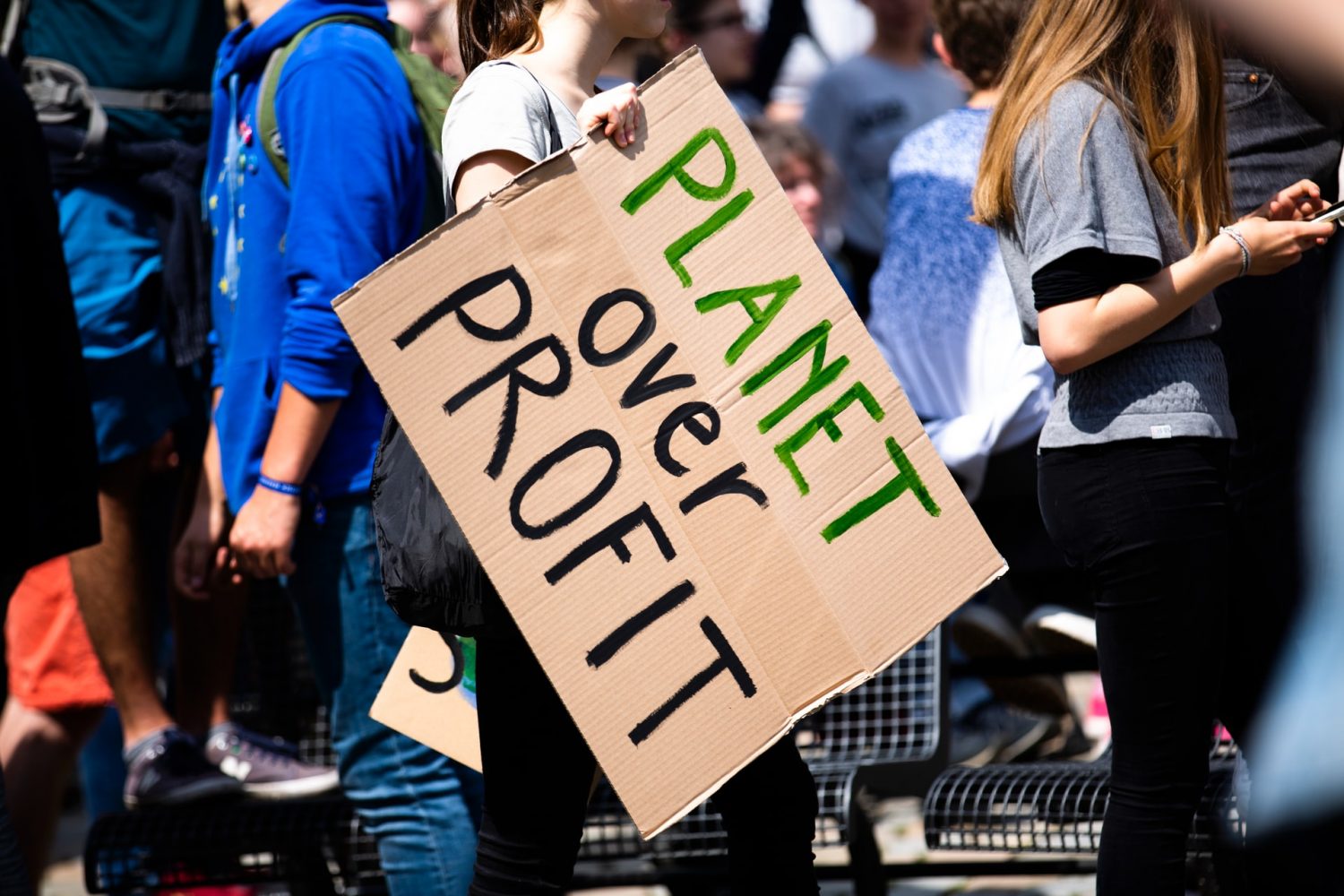 The latest Intergovernmental Panel on Climate Change report launched on Monday 9th August was a significant event.  It has been viewed as indicating a ‘code red’ for humanity by UN General Secretary António Guterres, while others have interpreted it as indicating we are on the ‘brink of catastrophe’, such as Alok Sharma, the former Conservative Secretary of State for Business, Energy and Industrial Strategy, and now lead for the upcoming climate summit in Glasgow, COP26 in November.

To jump straight in to the politics of this, developed further below, I note that Minister Sharma, even as he says that we are on the brink of catastrophe, says the COP26 meeting is the ‘last chance’ to avoid this, and he also sees this as compatible with him backing UK plans for new oil and gas exploration and development. If this were one of my student essays, I’d fail it, and ask the student to rewrite it for being fundamentally contradictory.

While the report itself (officially titled AR6 Climate Change 2021: the Physical Science Basis, from the IPCC’s Working Group I) contained nothing new to previous reports (in many respects the IPCC has been a little like Van Morrison in its output – repetition rather than development – (other non-Health minister singer-songwriters are available…), it does provide even more scientific certainty, clarity and understanding of the causes of (if not the solutions to… and we’ll get to that shortly) climate breakdown. As Prof Valérie Masson-Delmotte, IPCC Working Group I Co-Chair that produced the report said at its launch:

“This report is a reality check. We now have a much clearer picture of the past, present and future climate”.

Main findings of the report include:

Like the last two reports from the IPCC in 2014 and 2018, this recent one does not say it directly in the text, but you can clearly infer from the numbers and the modelling for greenhouse gas emissions reduction, that to have anything like a decent chance of limiting warming to 1.5°C – the goal of the 2015 Paris Agreement – global emissions need to peak by 2025 and then plunge rapidly towards zero.

The report contains the clearest and most comprehensive scientific evidence that human activities are the main cause of global heating, especially the continued burning of fossil fuels for energy and deforestation. The burning of fossil fuels produces carbon dioxide (the main greenhouse gas that we should be concerned about, followed by methane), increasing the likelihood of extreme weather events such as heatwaves and flooding.  Both of which we’ve recently experienced in Britain and Ireland (we’ll return to this in a moment).  As the report puts it, “recent changes in the climate are widespread, rapid and intensifying, and unprecedented in thousands of years”.  Let that sink in….

It is clear, as it has been from previous climate science evidence, that we need to transition faster and with more ambition to reduce GHG emissions, begin the immediate phasing out of fossil fuels and decarbonise our entire economies. We also have to adapt to a climate-changed world, given that as the report says we will have to live with the impacts of climate breakdown for hundreds, if not thousands of years. As the report puts it:

While disturbing and sobering, the report does not suggest solutions, given the remit of the IPCC is to produce the scientific evidence upon which solutions should be based. Nor does it look at the underlying political economic drivers of climate breakdown, given that the IPCC’s reports have to be agreed by governments, thus meaning they are ‘apolitical’.

However, as I read the report, I take from it the urgency that we use science-based targets and evidence to identify and tackle these underlying political economic drivers (including powerful political and economic interests), and outdated views and ways of working and organising the economy, how we feed ourselves, how we move about, heat and cool our homes and so on.

The report by itself identifies correctly, from a biophysical point of view, that the causes of the climate crisis are the burning of fossil fuels, land use changes, deforestation and so on.  But we need to go further, much further, and ask what are the causes and drivers of these? And this is not a biophysical question, but a political, and more specifically a political economic issue that we have to address and understand.

Just as the impacts of the climate crisis are political (not least in the uneven ways they affect different regions, classes and communities), equally the causes are also political.  And climate science by itself cannot solve these political issues of the causes and consequences of climate breakdown.  In this way, climate science should be on tap not on top as it were, and help to inform what, at the end of the day, must be political and economic analyses of, and solutions to, the crisis.

We are in a climate emergency, as declared by over 75% of UK local authorities, the NI Assembly and Belfast City Council. But many of us have now experienced this emergency first hand: think of the recent heat waves and weather warnings we have experience here in Ireland and the UK, then the flash flooding in many parts of Belfast and elsewhere.

I note here that my own university has, thus far, resisted the invitation and demand from me and others to declare, as other universities have done, a ‘climate and ecological emergency’.  This IPCC report has provided the compelling evidence that we are in such an emergency, declaring one is simply a recognition of reality, not declaring one is a wilful ignoring of that reality… let that sink in.

One example of the need for a political framing of climate is that the IPCC report tells us we are almost certain to reach 1.5 degrees before 2050. But if we look at Climate Action Tracker’s analysis of countries’ latest emission reduction pledges under the Paris Agreement, they show the world on track for 2.7 to 3.6°C of warming by 2100. This is an uninhabitable world and it’s not due to the science, but the very political economic system of capitalism and economic growth, something I have spent my entire academic career on.  My Inaugural Professorial lecture in 2014 was entitled ‘Carbon, Capitalism and the Transition from Unsustainability’.

So while the report gives the evidence for the pathways to reducing greenhouse emissions over the coming decades, it says nothing about how that might happen and whether that transition and decarbonisation pathway will be just or not, for example.  If, as the evidence suggests, most people, governments, political parties, civil society organisations, trade unions all want a ‘just transition’ to the climate crisis, we need to accept that this is a political and not a scientific or technical issue, indeed one that will have to be struggled for and demanded by citizens and not something that will be automatic or can be assumed.

Ultimately we need to ask what are the drivers of our carbon based and unsustainable ways of life, and this leads (or should lead) us to critically look at capitalism, i.e. the current way our economic system is organised and structured. And in looking at this system more closely we can see that its structural dependence on, and promotion of, endless economic growth (itself based on cheap and abundant carbon energy, which we now need to leave in the ground), globalisation and unsustainable trade.  A capitalist organised economy is one oriented towards monetary objectives such as GDP growth, and not on improving the wellbeing and health of people, or on maintaining and sustaining the real, material resources of the planet or sustainably managing the planet’s capacity to absorb our waste, such as GHG emissions… We need to focus on measuring what matters for people and the planet, and not ‘fairy tales of economic growth’ as Greta Thunberg has rightly said.

For me, based on this latest climate science – it’s not about ‘greening the current structure of our economies and societies’.  We need to move beyond ‘bio-fuelling the hummer’ and accept (difficult of course though this is) that we need deeper structural changes in our economic system and related systems of transportation, food, housing and energy.

We urgently need an economic upgrade, an economy ‘fit for purpose’ for the 21st century and effectively and equitably tackling our planetary crisis. A key part of that is a transition beyond endless economic growth, carbon energy and capitalism. So let’s start joining the dots, and start discussing economic growth in the context of the climate crisis, and the climate crisis in relation to its deeper causes in the structure of our capitalist economies.  Without this, we, as researchers on this topic, are not fully informing the public, and we will have a weaker basis for making effective and equitable decisions.

We need in other words to start talking about capitalism as well as carbon and climate.

Climate breakdown is not simply ‘another issue’ to be placed along with pension reform or decent wages for precarious workers: it is THE overarching context within which ALL policy issues need to be placed.  If policies are not climate proofed, they are limited at best, or counterproductive and part of the problem at worse.

So, from my point of view, this latest IPCC report indicated that we can attempt

I know which one I think we should try….what about you?

The featured image has been used courtesy of a Creative Commons license. By Markus Spiske on Unsplash