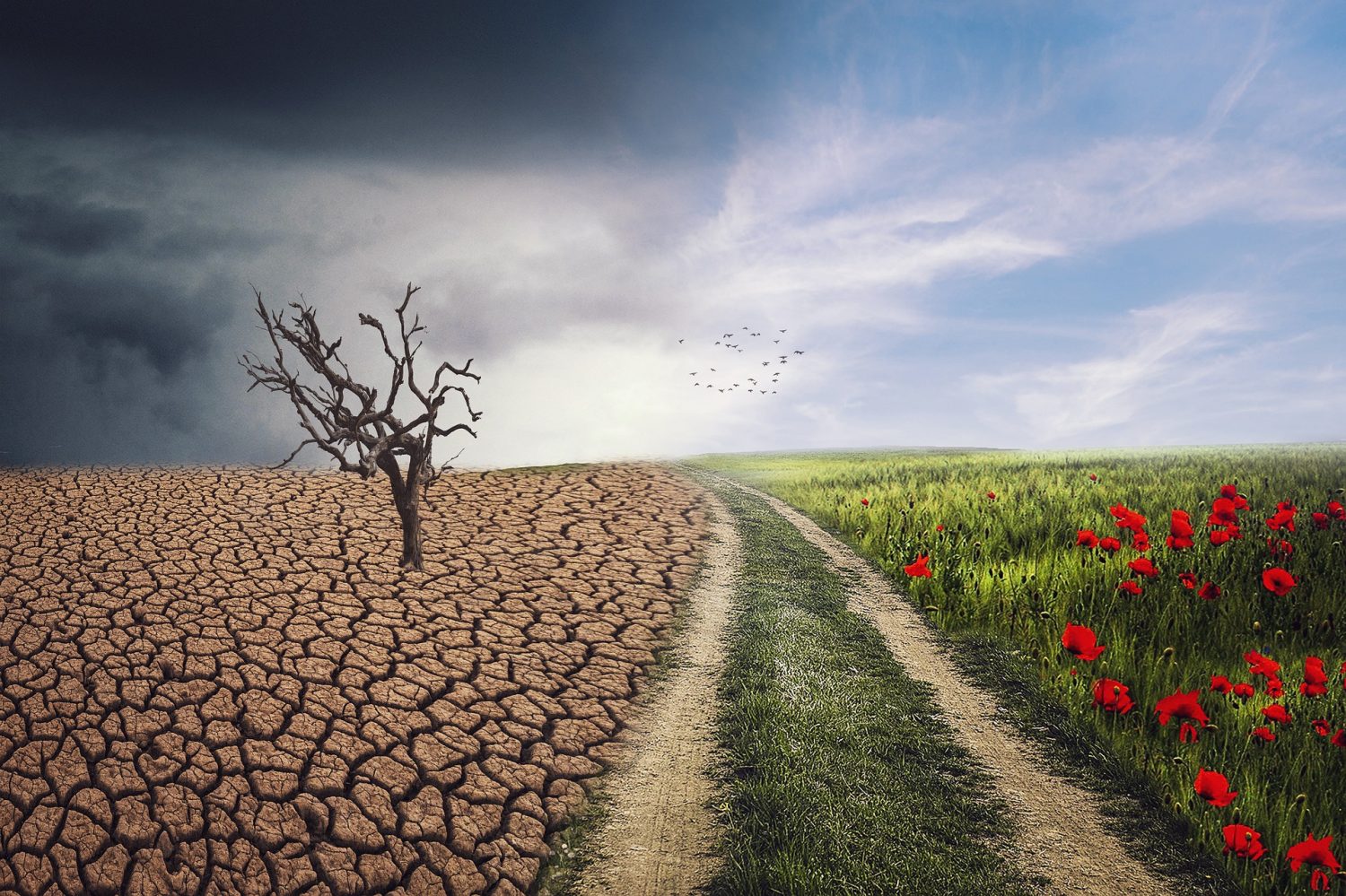 Spring 2022 is likely to go down in history as a momentous era in Northern Ireland’s socio-ecological and political landscape. A key milestone was the NI Assembly (NIA) passing NI’s first Climate Change Bill, signalling a major breakthrough in cross party and civil society cooperation. Conversely, the 2022 NIA elections and the Green Party’s loss of both their MLAs suggests a shifting political mandate, one in which critical perspectives on the climate and ecological emergency may not be as influential. In examining these two events, we consider their implications for climate politics in NI.

A shifting tide of public opinion, protests demanding system change not climate change, and declarations of a climate and ecological emergency are among the myriad indicators that people in Northern Ireland want climate action. The science on climate breakdown is irrefutable and tackling the socio-ecological challenges we collectively face necessitates transformative climate action across all levels of our world. Every country must contribute to reducing greenhouse gas emissions (GHGs) driving climate breakdown yet NI is the only part of these islands that does not yet have its own climate legislation (the UK Climate Change Act (2008) entails a net-zero emissions target by 2050 but climate change policy is a devolved matter).

The 2008 UK Act, did however, provide some impetus for climate action in Northern Ireland, for example, the NIA Committee for the Environment’s ‘Inquiry into Climate Change’ (2008-2009) made wide-ranging recommendations that included the development of new primary legislation. By 2011, NI still did not have its own climate legislation despite the UK Committee on Climate Change (CCC) advising that legislated greenhouse gas emission reduction targets would help reduce NI’s greenhouse gas emissions. In 2016, the CCC reiterated its position on the appropriateness of NI climate legislation, advice that went unheeded. Between the Assembly’s collapse over the Renewable Heat Incentive scandal (2017) and the three-year period without devolved government, NI climate policy remained an aspiration. Hope for binding climate obligations began to flourish in January 2020 when the New Decade, New Approach agreement, which formed the basis of the government’s restoration, made commitments to a climate change act.

When the NIA declared a climate and ecological emergency in February 2020, it seemed urgent socio-ecological action had become a shared political priority. However, by July 2020, there was little evidence to suggest a climate change act was being progressed by the Minister for Agriculture, Environment and Rural Affairs and the Department for Agriculture, Environment and Rural Affairs (DAERA, which bears responsibility for climate action). In the face of such inaction, a majority of MLAs passed an AERA Committee motion that called upon Minister Edwin Poots (DUP) to introduce a climate change act with ‘legally binding and ambitious sectoral emission reduction targets’ within three months (21 July 2020). The Minister’s description of the motion as ‘ridiculous’ and ‘impossible’, his rejection of a clear political mandate for climate legislation, and his refusal to provide a timeline for development of a climate act, spurred civil society into assuming leadership.

In August 2020, members of Climate Coalition Northern Ireland (CCNI) began working with cross-party, cross-community MLAs[i] and legal experts[ii] on a potential climate change bill for Northern Ireland. Offering an exciting example of innovative multi-level collaborations for climate action, this unique partnership culminated in NI’s first Climate Change Bill being submitted to the Speaker’s Office as a Private Members Bill (PMB), on the three-month anniversary of the July motion. On 22 March 2021, history was made when the PMB was introduced to the NI Assembly, co-sponsored by MLAs from Sinn Féin, SDLP, Alliance, Ulster Unionist Party, Green Party, People Before Profit, and two Independents. As the PMB’s Lead Sponsor Clare Bailey pointed out, the PMB is ‘a truly ground-breaking effort’ and ‘significant achievement given the often-polarised nature of politics within Northern Ireland.’

Following precedents set by countries like Scotland, Germany and Sweden, the PMB sought to make Northern Ireland, ‘a net-zero carbon, climate resilient and environmentally sustainable economy by the year 2045.’ As the PMB progressed through the legislative process, Minister Poots opened an online consultation on a separate climate change bill (8 December 2021). The Executive nature of the resultant Climate Change Bill (no.2) (CCBill2) saw it given precedence over the PMB and CCBill2 advanced rapidly, amidst much debate and amendments by all parties.

On 9 March 2022, when the PMB was due to commence Consideration Stage, CCBill2 passed Final Stage and NI’s first Climate Change Act will be enacted when Royal Assent is granted. The passing of CCBill2, rather than the more ambitious PMB, might appear to be a setback, however, the PMB and associated collaborations strongly influenced CCBill2. When introduced, CCBill2 only involved 82% GHG reductions by 2050 and it gave the Department power to amend targets and created requirements for carbon budgets. Originally, it did not involve sectoral plans, nor did it establish independent oversight.

Following civil society and political interventions, CCBill2 came to incorporate core aspects of the PMB: net zero targets (by 2050 instead of 2045); sectoral plans; carbon budgets; just transition principles, and it established the independent office of the Northern Ireland Climate Commissioner. Additional amendments meant the final Climate Change Bill included features not in the PMB, such as a Just Transition Commission, a Just Transition Fund for agriculture, concern for nature-based solutions to ‘enhance biodiversity, protect and restore ecosystems’ and help reduce GHGs.

In the wake of intensive lobbying by dominant actors within the corporate farming sector, contrary to the campaigning efforts of a grassroots network that included nature-conscious farming organisations, the resultant Climate Bill has split GHG targets. Methane (primarily produced by agriculture, NI’s largest GHG emitting sector) will only be subject to 46% reduction by 2050 (as opposed to the PMBs net zero by 2045).  While commending the overall ambition of the Climate Change Bill, as passed by NIA, the UK Committee on Climate Change warns NI’s potential to decarbonise and reach net zero has been ‘significantly inhibited’ by the limit on methane reductions and they stress that ‘very significant reductions in emissions from Northern Irish agriculture are still necessary.’ Thus, moves by some actors to accommodate the intensive farming sector’s demands appear to undermine the 2050 net zero target agreed in the Climate Change Bill.

From having no climate bills to two climate bills in a short space of time, climate action seems finally underpinned by political momentum. However, with Royal Assent outstanding for the Climate Bill, climate policy could suffer from political issues arising from the 2022 NI Assembly Elections. Headline matters include Sinn Féin becoming NI’s largest political party (previously unionist parties held the most seats) and the loss of Green Party MLAs, including the PMB Lead Sponsor who was a driving force for ambitious climate policy. In addition, DUP political intransigence may see NI without a devolved government, once again.

The ramifications of the Assembly Elections continue to play out and uncertainty surrounds the trajectory of climate policy. The critical loss of Green Party seats means that the political locus around which other parties coalesced in support of climate policy has been lost. This relationship was particularly important in the crucial final stages of the Bill when lobbying pressure came to bear on larger parties fearing political vulnerability in rural areas. The climate leadership baton has passed to the reshaped pro-Climate Bill coalition within NIA, now dominated by Sinn Féin and Alliance votes.

Representing almost half of Assembly seats between them, this also secures a right to five Executive departments alongside the influential position of a Sinn Féin First Minister. This political significance comes with a profound responsibility. The immediate priority for parties now sits with embedding the Bill’s political and regulatory infrastructure across the Executive, such as the Climate Commissioner, a Just Transition Commission, and so on. An Assembly mothballed by DUP refusal to even appoint a Speaker bodes poorly for maintaining climate momentum, never mind agreeing transformative departmental Climate Action Plans.

The ecological clock is ticking, and it will not wait for Protocol negotiations to reach a conclusion satisfactory to the DUP whose influence on climate policy, though still significant, is reduced in the coming Assembly term. Despite this, there remain some grounds for positivity. The PMB’s co-sponsorship by cross-community MLAs and subsequent cross-party support for the forthcoming Climate Act indicates that climate policy is no longer a marginalised space.

As climate plans and policies evolve, it is imperative that multi-stakeholder collaborations, such as those inherent to the PMB, becomes a roadmap for climate cooperation and action. A just transition to a healthier, fairer and more sustainable future requires input and action from us all; as the case of NI’s first Climate Bill shows, civil society is no longer willing to wait.

Dr Amanda Slevin currently works as PCAN Policy Fellow in the School of History, Anthropology, Philosophy and Politics, Queen’s University Belfast. An environmental social scientist with 20+ years’ experience in community development, Amanda is actively involved in multi-level initiatives to advance climate action and sustainability, within and beyond QUB. For example, she co-directs QUB’s Centre for Sustainability, Equality and Climate Action, leads on various interdisciplinary teaching, learning, research and stakeholder engagement initiatives, and is Chair of Climate Coalition Northern Ireland.

Seán Fearon is a PhD researcher in the School of History, Anthropology, Philosophy and Politics (HAPP) at Queen’s University Belfast, exploring the application of ecological and post-growth economic policy and the measurement of their success. A member of QUB’s Centre for Sustainability, Equality and Climate Action, Seán also sits on the CCNI Oversight Committee.

Anurag Deb is a PhD researcher at the School of Law at Queen’s University Belfast, looking at public and constitutional law in the UK. Anurag is also a paralegal at KRW LAW LLP, a firm known for public law litigation. Before leading the drafting of the Private Members’ Bill on Climate Change in Northern Ireland, Anurag co-authored a litigation guide to environmental public law, which was endorsed by the former Lord Chief Justice of Northern Ireland, Sir Declan Morgan and the Independent Review of Administrative Law in England and Wales.

The featured image has been used courtesy of a Creative Commons license. Image by ELG21 from Pixabay.

Dr Amanda Slevin is a Lecturer in Social Policy in the School of Social Sciences, Education and Social Work at Queen's University Belfast. Her research focuses on society-environment interactions, particularly processes of decision-making and policy formation around hydrocarbons.