The 1947 Education Act – a landmark in Northern Ireland’s history

Professor Graham Walker looks at the progressive yet controversial Education Act introduced in Northern Ireland in 1947 that increased educational opportunities across the whole community. 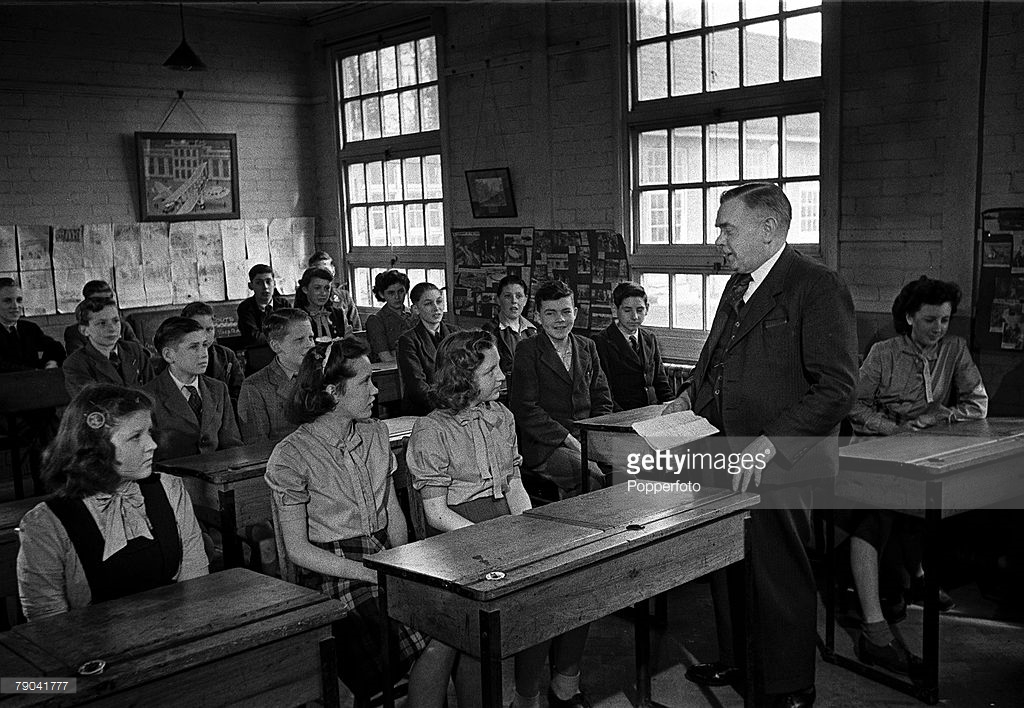 Seventy years ago the Stormont Parliament passed into law an Education Act that was to have far-reaching consequences for the whole community in Northern Ireland. The Act was the Unionist government’s version of the ‘Butler Act’ of 1944 in England and Wales, and the Education (Scotland) Act of 1945, and was similarly designed to increase educational opportunities at secondary and higher levels. Like the other Acts, the 1947 legislation was of a piece with the social reform ethos of the times, and the determination to build a more just society out of the trauma of war.

The significance of the Act today might lie in how it relates to the conventional narrative of Unionist rule in Northern Ireland. The 1947 Act in effect subverts that narrative: it was socially progressive, fair, and beneficial to the Catholic minority. It is often remarked that the leaders of the Civil Rights movement in the 1960s – such as John Hume, Austin Currie, and Bernadette Devlin – formed a new generation of political activists who had taken the opportunities of higher-lever, university education. It was, indeed, the discrepancy between such social improvements and the remaining petty, discriminatory and hide-bound attitudes and actions of Unionists in control of some local authorities that strengthened the case for equal rights and opportunities for all citizens in whatever part of the UK they happened to reside.

The Act was not pushed through without difficulty or controversy. There was fierce Orange Order and populist Protestant opposition to the Act’s provisions to increase funding to the Catholic school sector (notwithstanding the Catholic Church’s refusal to allow State representation on the governing boards of their schools), and the Act’s outlawing of bible-teaching in the non-denominational schools which were in practice attended almost exclusively by Protestants.

Again, the history of the 1947 legislation is notably at odds with the dominant narrative of a Unionist government pandering to its extremist supporters. The protests of the critics were faced down by Prime Minister Basil Brooke (later Lord Brookeborough) and his government, in spite of certain cabinet ministers being less than happy. Although it is true that the Education minister responsible for piloting the Bill through, Samuel Hall-Thompson, was forced to resign two years later, the provisions of the Act were not watered down, far less reversed. It is also worth noting that the school-leaving age was officially raised to 15 by Hall-Thompson’s successor, Harry Midgley, a former leader of the Northern Ireland Labour Party. Midgley’s decision to join the Unionist Party in 1947 was based on his belief that the UUP under Brooke was committed to the new Welfare State and the concept of a more socially egalitarian UK.

Brooke is a figure much traduced in broad-brush accounts of Northern Ireland’s political history. It might be said that his long premiership was very much a ‘game of two halves’. During the first decade, 1943-53, there were substantial achievements, many of them of a socially progressive kind. Besides the Education Act, there was the setting-up of a Housing Trust, the cross-community achievements of which are seldom weighed in the balance against the discrimination practised by certain local councils in respect of housing allocation.

There were also advances made in the fight against tuberculosis as well as the reproduction of the Attlee Labour government’s Welfare State and NHS legislation in Northern Ireland in the face of right-wing opposition from UUP members at the grassroots. The relative stagnation of Brooke’s ‘second half’, between 1953 and 1963, and his failure to get his party to appreciate the need for the kind of reforms that might have pre-empted the Civil Rights protests, should not detract from the post-war legislative landmarks that opened up the possibility of the modernisation of Ulster Unionism.

One of the consequences of the DUP’s political dominance of Unionism today is the extent to which Unionist history has been allowed to be forgotten or distorted. Quite simply, the DUP has never felt obliged to speak to that history, shaped as it has been by their UUP rival. As it was being lambasted, and indeed misrepresented, by the British media in the course of reaching its deal with Theresa May’s government, the DUP might have had cause to reflect on the damage that the neglect of history can do.

How many of those commentators who relished the chance the DUP gave them to paint a picture of ‘Protestant Ulster’ as unremittingly reactionary, knew the slightest thing about the UUP’s legislative record – the positive as well as the discreditable? More to the point, how many in the DUP itself knew?