Beyond the UK Referendum – what next for the EU?

In the aftermath of the LEAVE vote in the recent UK referendum on EU membership, Professor Dagmar Schiek looks at some of the key issues such as Article 50 and free movement of people and asks what could and should the EU do next? 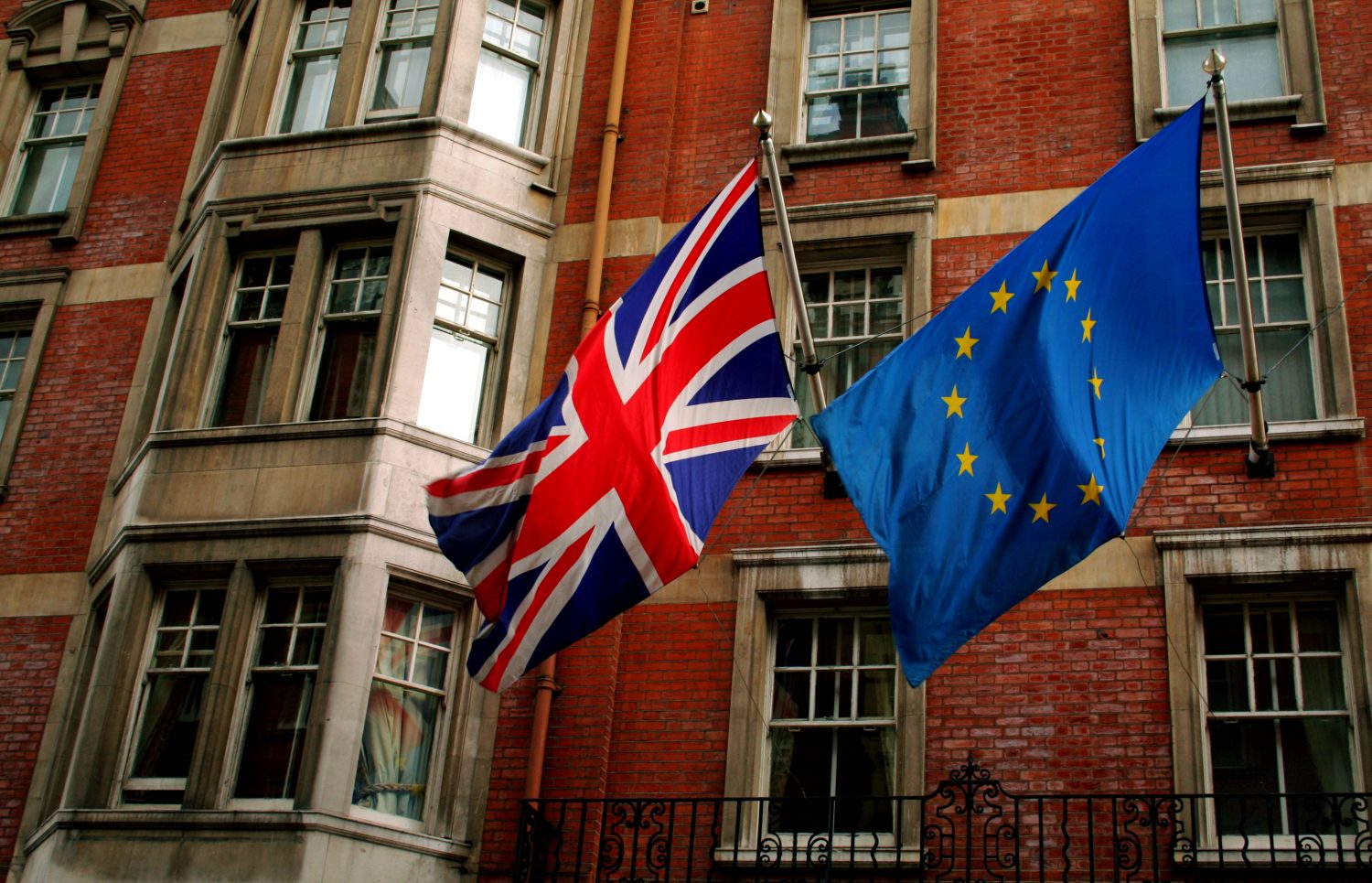 Almost two weeks after the EU referendum, the world’s media are still focusing on the United Kingdom, its population and the disruption of its political caste in analysing the results of 24 June. This is akin to that long wait for the worst to happen, just like the rabbits’ instinctive immobility when viewing a snake. However, as its fixation does not help the rabbit, any preoccupation with the UK will not help the EU. However, what could and should the European Union do next? There are options for action, though they are constrained legally.

Legal frame for the EU to act

Legal constraints derive from Article 50 TEU, which regulates the process for withdrawing from the EU. This provision respects the sovereignty of any Member State wishing to withdraw – and accordingly, the EU institutions have to wait for the UK institutions to eventually react to the EU referendum. Given the political crisis initiated by the results, this decision will take a while. The demands of the EU institutions that the UK should speed up this decision are purely political. Likewise, the expectation voiced by UK politicians that there will be “pre-declaration negotiations” do not correspond to any legal obligation on the EU to engage in such. Thus, it is perfectly legal, and even advisable, to refuse further negotiations before the UK has clarified its position. The UK’s reluctance to act may be influenced by the fact that, once initiated, the withdrawal process under Article 50 TFEU can only be halted with the consent of the EU. Declarations to the contrary in a House of Lords report contradict paragraph 5 of Article 50 TEU, according to which re-entry of a Member State is governed by Article 49 (not 50) TEU.

While the UK has not declared any wish to withdraw, and also after that declaration has been made, EU legislation continues to be binding in the UK. In the run-up to the referendum, UK politicians (including those partaking in the Queen’s government) have proposed to break EU law, for example by attempting other routes to leave the EU than just Article 50 TEU. Also, there are reports that EU-induced legislation is being disrespected. As long as this is limited to the use of gallons instead of litres at fuel stations, this might not constitute a serious breach of EU law. However, there has been a surge in incidents of violence and bullying directed at citizens from other EU Member States reported from all over the UK. A lack of adequate responses by the UK institutions would potentially give reasons to consider whether these constitute a break of EU law. The EU should certainly pursue any such breaks. In extreme cases of serious violation of EU law, there might even be the option of taking steps towards an expulsion of the UK from the EU. Nevertheless, there are high hurdles before any such option.

In short, as long as the UK is caught in an internal crisis, wrestling with the decision whether to withdraw or not, there is little the EU institutions can do to speed up that process by legally enforceable acts. However, they can create a motivation to decide by refusing any pre-withdrawal-announcements negotiations.

Nevertheless, there are ample options to overcome the instinctive immobility caused by the UK’s invigorated EU scepticism. In the past months, important decisions have been postponed with a view to not disturbing the decision of the English population in the referendum. This was only partly due to the Council Decision of 18/19 February 2016, which contained some instances of temporary limitations on free movement into the UK. Since its implementation was conditional on the UK remaining a member of the EU, there was reason to postpone EU legislation on mobility. However, there is now no reason to maintain this hesitation.

After all, the EU cannot afford to ignore the divide demonstrated by the referendum results. Numerous commentators have stressed that the UK referendum is a mirror of a divided society, with specific implications in Scotland and Northern Ireland as devolved regions. There are already analyses stating that those who feel that they are victims of the economic downturn, and who are at the lower end of the UK’s income scale, in their majority voted for LEAVE. The votes in Northern Ireland and Scotland seem the outliers from this perspective at first glance. However, for Northern Ireland there are first analyses suggesting a correlation of economic deprivation and voting to leave, though this is confounded by affiliation to the main communities in Northern Ireland. There are certainly factors specific to the UK in that vote, including the surprising level of misinformation about the EU, documented by frantic google activity after the vote. Decades of misinformation in the media may have contributed to this state of affairs as well as the reluctance of the education sector, including higher education, to educate citizens about the EU.

However, these internal problems in the UK should not detract from the main issue: the EU is perceived as an elite project, and there are large swathes of the EU population beyond the UK which share this perception. The last twenty odd years of practical EU policy have given little hope that the Treaties’ promise of approximating living and working conditions while maintaining their improvement will be honoured. It is true that the UK political elites have little appetite for that promise to be honoured. This is indicated, for example, by the rejection of employment legislation such as the working time directive by even the most outspoken supporters of social Europe to be found in the UK. But it is equally true that the European Union does not give the impression of resolve behind this aim.

Under the Juncker Commission, there have been some attempts to improve the reputation. For example, pursuing a Pillar of Social Rights accompanying the closer EMU might result in injecting some social elements into the common currency as one of the most disputed projects of the Union. However, the ambition of this package is limited, and it may well seem too little too late. The mobility package, a legislative bundle aimed at improving the lot of mobile workers, could have been another opportunity to alleviate concerns about the EU’s most prestigious project: an Internal Market that puts people at the centre. Again, that bundle has got off to a false start, with the limited reform of the Posted Workers’ Directive, and the postponement of urgent updates of Regulation 883/2004.

This field in general allows some conceptual steps to be taken in improving the “social balance” of the European Union – without giving in to right wing populism and condemning free movement. Given the political will, it would be possible to pursue a “New Deal” instead of implementing the “Cameron Deal”, to which the Council succumbed in is session on 18/19 February. Giving the UK the option to have one seven year “break” on free movement might be justified as a compensation for other Member States’ choice to postpone free movement for citizens of accession countries in 2004. However, rescinding the EU acquis on free movement under the condition of equal treatment by limiting equal access to benefits for EU workers is questionable.

Reviving the original value of free movement of persons is the more logical response: free movement linked to equal treatment abroad eliminates the option of abusing free movement rights for lowering social standards in the host country. Embracing equal treatment does not exclude addressing concerns raised by EU citizens moving to another Member State. If that Member State does not use the taxes paid by these citizens to invest in infrastructure in the field of housing and health care, its original population may have reasons to feel squeezed out: the same funds for social housing and health care will have to suffice for more potential claimants. There are two ways of approaching this: one, as Vivienne Schmidt suggests, by extra funding for battered municipalities from the EU, and second, by at least coordinating the policies of Member States in relation to providing infrastructure in response to free movement. Further, the ability of EU migrants to refuse accepting inadequately low wage offers depends on their access to unemployment benefits. In spite of social security coordination, the entrepreneurial free mover who moves to escape unemployment at home is not very well protected presently. The EU should improve that protection – and it does not necessarily have to burden Member States with this. While the competence base for a general EU unemployment insurance is contested, establishing a special scheme for these moving workers would be easier to achieve.

These are just a few examples of how the EU can embrace free movement of persons under conditions of equal treatment more thoroughly and more proactively than it has done so far. These proposals can be based on legislative competences which require majority voting. In other words, the EU can adopt these without the UK’s vote, and start demonstrating that it can act without its most reluctant member.