Bordering on protesting too much? 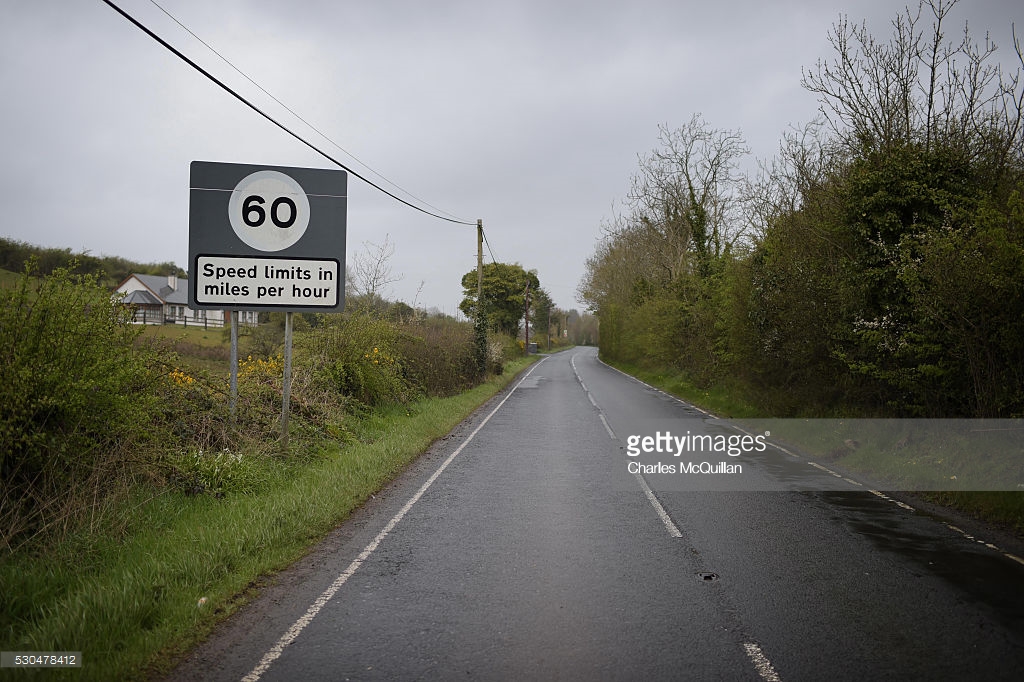 In the wake of the publication of the European Commission’s draft legal draft document outlining the UK withdrawal agreement – the legal interpretation of the December 2017 agreement between the UK and the EU – the issues of borders has dominated public debate.  While there has been attention to the ongoing issue of a ‘hard border’ between Northern Ireland and the Republic post-the UK leaving the EU next year, the other border issue related to a new border down the Irish sea if Northern Ireland (but not the rest of the UK) stays part of the EU single market and/or customs union.  This has been met with fury by the Prime Minister, Brexiteers within her Conservative Party, the Labour Party, but above all unionist politicians and commentators who state that a customs border between Northern Ireland and the rest of the UK would undermine the constitutional integrity of the UK and make Northern Ireland ‘less British’.

But why should an economic border, different regulations around trade necessarily undermine the political and legal status of Northern Ireland as part of the United Kingdom?  How and in what ways would Northern Ireland staying part of the EU’s customs union undermine ‘the union’ beyond vague and abstract claims that Northern Ireland staying part of the single market or customs union would “irrevocably change our position within the United Kingdom”. Or that the European Commission document was an “act of aggression” demanding “that a friendly European state should be dismembered at its behest” and “the province should be detached from the rest of the country and become a protectorate of the Brussels”.

While hyperbole and exaggerated rhetoric is to be expected in political debates, as protagonists seek to frame the issue and set the agenda in terms of how an issue is discussed and thought about, let us consider the proposition that the proposal for Northern Ireland to stay part of the customs union while having perhaps significant economic impacts (not all of which may be negative) does not necessarily mean any diminution it either its status (as per the 1998 Agreement) to remain part of the UK so long as a majority wish this, and nor does it herald the ‘break up of Britain’.

Rather it might be viewed as continuing a process of a looser union which has been ongoing since devolution across the UK for the last number of decades, a recognition of economic and regulatory divergence within a single unitary state.  That is, for Northern Ireland to remain part of the customs union could be viewed as simply a departure in degree not in kind of the regulatory divergence that has been both part and parcel of the UK for many years and has explicitly been promoted and supported under devolution in Scotland, Wales and Northern Ireland.

Take Northern Ireland bank notes (and here I am mindful of ‘doing a Boris’).  As anyone who has travelled to England (in my experience there is less a problem in Scotland) and tried to use Northern Ireland banknotes which are legal tender throughout the UK, can testify, the refusal by shops to accept them, or accept them only after talking to you and their manager, is a small scale, everyday example of the impact different economic rules might have.  If you are a unionist, does the refusal of a corner shop in London to accept your Northern Ireland banknotes make you feel less British, does it undermine the constitutional integrity of the union and the status of Northern Ireland as part of the UK?  While irritating and inconvenient certainly, to equate economic regulatory divergence with automatically meaning political and constitutional divergence, or that it signals a diminution of one’s identity as British (a sort of cultural divergence), is to go too far, to protest too much.

Viewed somewhat dispassionately (thought of course issues of feelings of national identity are almost always immune from such thinking), unionists and others viewing the proposal for Northern Ireland to remain part of the EU customs union as akin to some sort of ‘political Armageddon’, do have to spell out how precisely Northern Ireland compliance with EU health standards, agricultural controls and minimum product standards, joint EU-UK customs teams checking on goods coming from the UK into the new regulatory space for example, undermine ‘Britishness’ or herald the ‘dismembering of the UK’.  But perhaps we can understand this reaction in the context of seemingly endemic unionist insecurity around identity and Northern Ireland as part of the UK, and this despite the fact that since the 1998 Agreement ‘the union is safe, but unionism is not’.

Indeed, one could see in the proposal for Northern Ireland to remain part of the customs union an opportunity for progressing a more flexible, future-oriented and federal United Kingdom, one which might serve long-term unionist interests better than demands for the ‘status quo’.  The constituent political units of the UK, Scotland, Northern Ireland, England and Wales are already diverging in how they make policy, have different political cultures and systems, different attitudes towards delivery of public services, create jobs, promote trade, protect the environment etc.  So to present the idea of Northern Ireland having a different economic regulatory framework than other parts of the UK if it were to remain part of the customs union, as unique and a ‘clear and present danger’ to the union is to ignore the already existing and growing divergence across the devolved administrations.  Is it such a ‘political shock’ as is being presented?

Where are the ‘creative and imaginative’ ways of viewing this suggestion as perhaps both more grounded in the reality of the UK in the 21st century and more in keeping with the future ‘direction of travel’ as the UK evolves in the coming decades?

Here, unionists should be more concerned with how Brexit is being used by London/Westminster to centralise and grab power from the regions, as Welsh first minster Carwyn Jones and Scottish Brexit minister Mike Russell noted last week.

That is, they should take a longer term view and evaluate the advantages of persevering the union by pushing for an increasingly federal post-Brexit UK, with Northern Ireland part of the customs union but demanding more devolved powers from Westminster.

If ‘take back control’ is to mean anything it should be this surely?  Seeing the future of ‘the Union’ this way would surely serve unionists better in the context of unionists no longer being the majority in the Northern Ireland Assembly (as per last March’s election), the increasing nationalist population, and talk of a ‘hard border’ being used by Sinn Féin to mobilise nationalists against the current constitutional status of Northern Ireland and see their future in a reunified Ireland.

Staying part of the customs union within this federalist view of a future post-Brexit UK could both avoid a hard border and offer unionists the opportunity to re-imagine the union.  After all, it’s the tree that does not bend in the gale that breaks.

Hi John
apologies seems to be stuck in caps Lock. very nice article and one i would have quoted in my recent take http://www.progressivepulse.org/brexit/northern-irish-futures-pt-2-possible-futures

THANKS sEAN FOR THE FEEDBACK AND LINK TO YOUR PIECE…