The following article is based on a talk delivered at the British Academy and Royal Irish Academy Brexit and Borders Roundtable, held at Queen’s University Belfast on 17 February 2017. Professor Harvey would like to thank the participants for their thoughtful interventions and the organisers for arranging such a stimulating conversation. 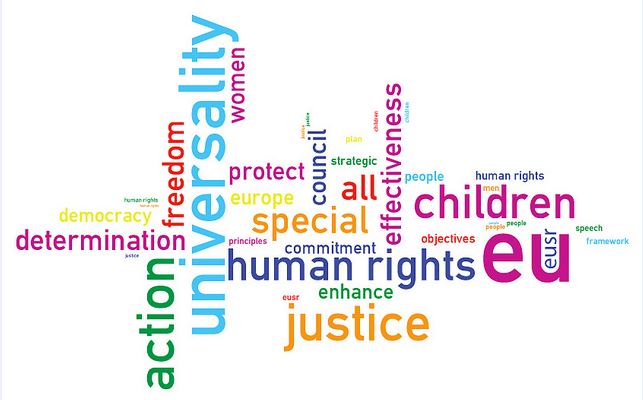 Brexit is generating an exhaustive level of analysis, discussion and worry. That is to be expected. It signals the scale of anxiety; nowhere more evident than in Northern Ireland, where words are running out to capture the type of border we might have.

The scale of transnational mobilisation on the unique, particular, special (just pick the one you prefer) circumstances of Northern Ireland (a place that is, of course, already supposed to enjoy a form of special status) is quite remarkable. If it was only about this (and that would be significant) a restricted conversation about technically untangling the mechanics of departure from the EU would be merited.

But Brexit is part of something bigger, and more disturbing. The fear is that despite the cosy language of ‘global Britain’, and unexpectedly warm words about workers’ rights, it marks a decisive retreat to a withdrawn and inward-looking UK. A UK that is resistant to meaningful forms of external oversight and robust European cooperation.

The ‘Brexit mood’ reveals suspicion about forms of European cosmopolitanism that the EU (as its best) can occasionally reflect. In the guise that appealed to many in Britain, Brexit maps loosely onto narrow versions of nationalist thought that are distrustful of the more open language of human rights. The talk of rights in the Brexit conversation conveniently masks the reality of a discourse and a practice that are now in crisis. Disrespect for human rights is everywhere evident; in the actions of state and non-state actors, and in the work of individuals, institutions (including the EU) and organisations that have become dehumanised and insensitive to the fragility of humanity.

First, let us consider frameworks and contexts. When we think about human rights today we tend to be talking about law. There are legal standards at all levels: international; regional; supranational; national; and subnational. Enforcement becomes weaker the further along the international continuum you travel.

A sophisticated architecture of rights protection exists in the British-Irish context, and across these islands. There are significant and substantial constitutional and other differences; but there is also an element of commonality and sharing, assisted by common membership of the EU (and, of course, the occasionally forgotten Council of Europe, as well as other intergovernmental organisations). The EU is one part of a plurality of international and European systems. It exists within a complicated picture of institutions and standards, within which human rights language is routinely deployed.

Both the UK and Ireland have ratified a range of international human rights instruments, including the European Convention on Human Rights (a child of the Council of Europe, which they have both – fairly unusually given their dualist natures – given further effect to in domestic law). The UK will remain bound by these international instruments, as a matter of international law, during and after Brexit; and, domestically, the Human Rights Act 1998 survives for now.

There are ‘A’ status human rights commissions scattered around these islands, with a Joint Committee of both commissions on the island of Ireland providing a neglected forum for interaction and discussion. While Brexit reflects and feeds a prevailing mood of antipathy to rights, and it is likely to spell the end of the EU Charter of Fundamental Rights (from a UK perspective), it will not take down many of the existing standards and institutions. The UK will continue to be scrutinised domestically and internationally for its record on rights, including how it handles Brexit.

This will also be true for the Good Friday Agreement 1998. That Agreement not only mirrored the intricacy of relationships in these islands, but also embraced the promise of human rights. A document often lambasted by critics for the bi-national structures it inspired remains remarkably inclusive in its language (it is well worth re-reading). It demonstrated that intelligent ‘both/and’ thinking is possible here.  With the EU now emphasising the Agreement’s place in the negotiations, it may be that its often overlooked human rights agenda can also inform the Brexit conversation.

Second, it is worth dwelling on implications and potential impact. The EU has a human rights and equality agenda, one part only of its ambitious form of supranationalism.  Traditionally many in Europe looked (when thinking beyond their own constitutional traditions) to the intergovernmentalism of the Council of Europe, and the UN, for a lead on human rights matters. The EU, however, has, over time, moved human rights and equality to a more central location, in principle at least.

The loss of the EU Charter of Fundamental Rights, as well as the long-term potential erosion of rights derived from other aspects of EU law will be serious. The loss of access to the Court of Justice of the EU, as well as the robust remedies that flow from EU law will have an impact. Freezing guarantees for now provides little security and stability for future generations, rightly concerned that political commitment may weaken over time.

Questions will be raised about where initiatives (on, for example, equality) will come from. The worry is that Brexit simply prepares the ground for further moves in a more restrictive direction (whatever assurances are given now). Recall just how flexible the UK constitution can be in this respect. For example, once Brexit is dealt with, will the Conservative Party follow through on its long-stated commitment to repeal and replace the Human Rights Act 1998 with a British Bill of Rights? Will the global and regional rights regime attract renewed critical attention?

In the mythical land of ‘global Britain’ it might be argued – by the overly optimistic – that cutting loose from the EU will encourage the UK to be more fully engaged in the global human rights regime, and even enhance domestic protections. Such outcomes do seem implausible given the rationale for Brexit, and the increasingly nationalistic promises to take back control (of migration in particular). In fact, and oddly in the circumstances, departure from the EU will place more emphasis on the Human Rights Act, and the European Court of Human Rights, as these become the singular focus for challenges to domestic law and policy.

Third, where now? On human rights and equality it is worth remembering the protections that will remain, and that will be used in the time ahead. As noted, enhanced attention may now turn to the Human Rights Act, existing equality standards, relevant institutions and available international mechanisms. Devolved administrations (where they are functioning) may have a role too, in particular in any inclusive conversations about the values that should shape a post-Brexit UK. Different paths may be followed in the devolved settings, with a divergent rights and equality picture emerging around the UK; issues of capacity, durability and stability will arise.

It is widely accepted that there is an urgent need for guarantees and assurances for EU citizens in the UK, and British citizens in other EU member states. The debate has not been edifying. Yes, this is about quickly soothing current anxieties, and retaining and maintaining existing rights under EU law, but this is also about how to ensure these areas are informed by best practice in the future, and how to avoid regression.

There remains a real risk of erosion over time; a future UK Parliament may simply not feel morally bound by previous commitments. The resurgence of interest in Parliamentary supremacy should remind everyone that little can be done (in the absence of significant constitutional reform) to impede a determined government with a weighty majority.

In Northern Ireland, there is a need to restate the constitutional fundamentals of the peace process, and revisit neglected issues. As the Good Friday Agreement comes back into view, it is worth noting again the centrality of human rights; that work has not been completed. There is still no Bill of Rights that reflects the particular circumstances of Northern Ireland; there is no Charter of Rights for the island. The human rights elements of the Agreement have been significantly downgraded, and largely relegated to rhetorical gestures.

Nearly twenty years later, it remains useful to return to the Good Friday Agreement. It was never a perfect document, but it reflects an admirable level of complex and sophisticated thought about how to secure contextually sensitive and rights-based solutions. It is the sort of imaginative and inclusive thinking we need again across these islands and in the Brexit negotiations.

A Conversation without End

Human rights discourse tends to annoy those who insist on dogmatic closure. At a time when authoritarian regimes/organisations/mind-sets (and simplistic solutions) are troublingly present everywhere, human rights can be regarded as both irritant and obstacle. Those who advocate for human rights are often subject to ridicule and worse.

Human history demonstrates, however, that we desperately need human rights, and we need them to mean something in practice, in whatever grand constitutional/political projects that emerge.  Although weakened, human rights norms and institutions remain. Courageous human rights defenders will continue to say the unpopular thing, when it must be said. New debates will emerge, with old and neglected issues revisited.

As the discussion over the Great Repeal Bill is revealing, this will also expose well-known flaws in the UK’s famously flexible constitutional arrangements. But that is a subject for another blog and another day.

I dedicate this to the memory of Professor Patrick Johnston; a remarkable person and someone who understood the consequences of Brexit for higher education and for this island.

International Perspectives on Trans Rights and Policy in the context of the Republic of Ireland, Northern Ireland and the Netherlands