Professors John Garry and Brendan O'Leary look at some of the headline findings from their recent report into public attitudes to Brexit across Northern Ireland. 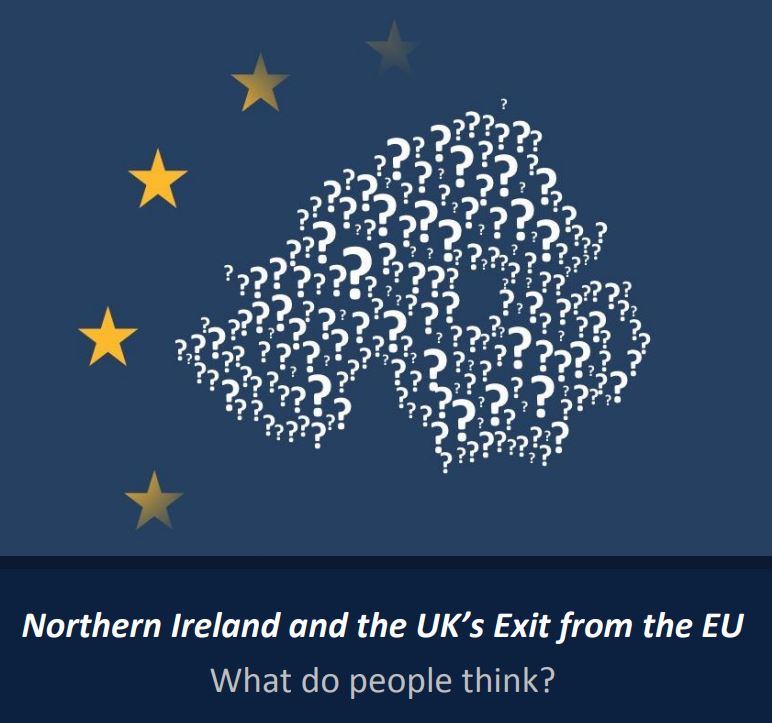 In-depth analysis of public attitudes to Brexit in Northern Ireland, by researchers from Queen’s University Belfast and funded by The UK in a Changing Europe, found in their report: Northern Ireland and the UK’s Exit from the EU: What do people think?:

One in five Catholics find the possible use of cameras at the North-South border ‘almost impossible to accept’ and almost one in 10 Catholics (9%) would support cameras being vandalized.

61% of the population are in favour of the UK as a whole remaining in the customs union and single market and support for this option is 61% among Catholics and 62% among Protestants.

John Garry, Principal Investigator on The UK in a Changing Europe project and Professor of Political Behaviour at Queen’s University Belfast, said:

“We find Catholics and Protestants most prefer the option that would avoid the need for any new barriers on borders. Either in the Irish Sea or across Ireland. They want the UK as a whole to stay in the customs union and single market.”

Brendan O’Leary, Lauder Professor of Political Science at the University of Pennsylvania, who also holds a visiting position at Queen’s, noted:

“Our results show that if there was another referendum, people in Northern Ireland would vote more strongly to remain in the EU.

The proportion wanting to Remain has risen since the 2016 referendum as more people have become aware of the possible costs and inconveniences of leaving the EU, as citizens and as employees or employers.”

Garry and O’Leary emphasize that the least preferred option is a hard exit, in which the entire UK leaves the single market and the customs union (only 15% of people support this option), necessitating new barriers on the land border.

The research finds that many citizens are strongly opposed to any form of border checks between Northern Ireland and the Republic and fear that any such barriers would provoke protests and possibly worse. One middle-aged male Catholic Remain voter said, “The cameras will have to be about 300 feet in the air, and even then… You will get certain people take the law unto themselves and [will] cut these things down. … It would have to be the softest hardest border. Military checkpoint is a ‘No No.’ Cameras, that would be a ‘No, No, ‘as well…”

The research team observed that Catholics were more likely than Protestants to support the option that would leave Northern Ireland in the customs union and the single market, while Great Britain left both.

“However, what may surprise people” says Garry “is the extent to which Catholics oppose all borders within these islands”. They reject having barriers at ports and airports, as well as having them across Ireland.

The option of Great Britain exiting the customs union and the single market, while Northern Ireland remains in both, is the so-called “backstop option.” It is in the draft withdrawal agreement between the UK and EU-27, if no other way can be found to avoid a new hard border on Ireland.

In discussions about possible protests against any border checks between Northern Ireland and Great Britain, one male Protestant Leave voter, aged between 35 and 44, highlighted potential reaction: “flag protests again… and it could escalate if they were forced into a hard border [in the Irish Sea]… Non-violent to start off with, then it would be blocking roads.”

Strikingly, the results also show that Catholics are much more likely to support a united Ireland if there is a ‘hard exit’ in which the UK leaves both the customs union and single market.

Brendan O’Leary is Lauder Professor of Political Science at the University of Pennsylvania and also holds a visiting position at Queen’s University.