Professor Dagmar Schiek gives her first assessment of the latest ”Brexit” compromise on the island of Ireland from a legal perspective. 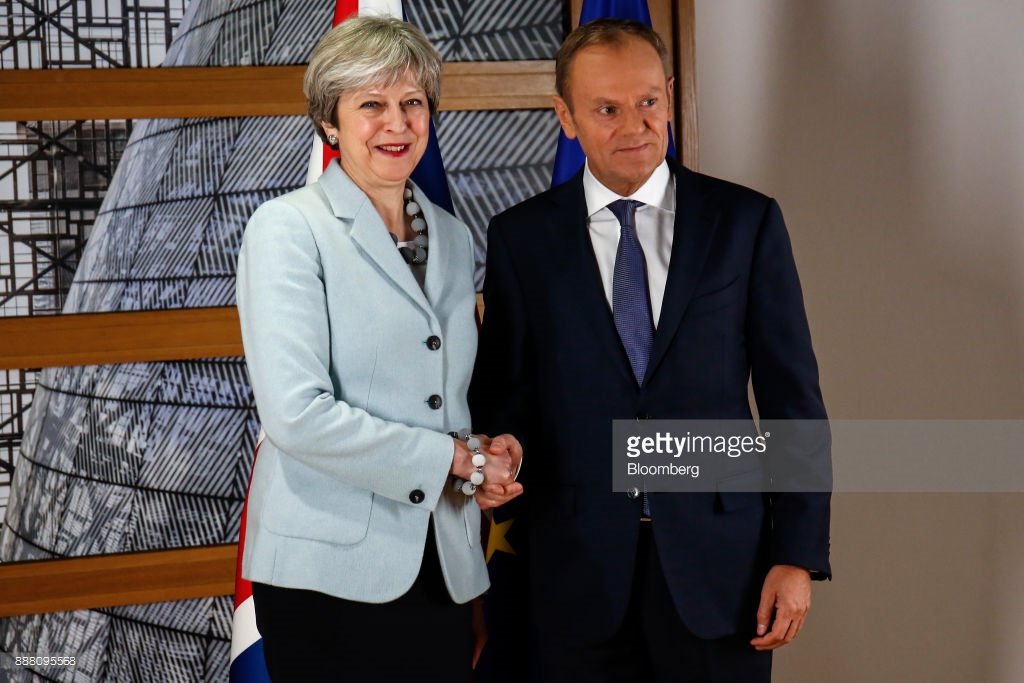 “Together with the UK, Irish and all EU governments, we will now need to develop creative solutions that work.”

If this is true, the much praised negotiation progress closing phase one Article 50 TEU negotiations may appear as “back to square one” for appreciating the unique situation of the island of Ireland. Even without legal expertise it is easy to see how the Irish question is marginalised in the joint report of the negotiators: paragraphs 42 to 56, i.e. 14 out of 96 paragraphs, are dedicated to this. These can merely set a few markers, and must leave most of the detail to be filled in by legal experts and further negotiation rounds. However, there is some progress and some hope – although to make full use of the opportunities the Northern Irish government will have to be reinstated.

Some markers set for the further negotiations

The negotiation document now laid before the EU Council reconfirms the EU and UK’s commitment to honour the Good Friday or Belfast Agreement (“1998 Agreement”, paragraphs 42-44), defining the “hard border” – which is to be avoided – as “including any physical infrastructure or related checks and controls” (paragraph 43). Respect for the 1998 Agreement is focused on cooperation in the political institutions created by the Agreement (paragraphs 47-48). The close relations between the peoples, which too are central to the 1998 Agreement, are abridged by the words “reconciliation and normalisation of relationships on the island of Ireland” (paragraph 47).

Also, the right of people of Northern Ireland to identify as British, Irish or both is mentioned, alongside the commitment to EU anti-discrimination law, maintaining the Common Travel Area without affecting Ireland’s obligations under EU law and free movement of all EU citizens (paragraphs 52 -54), and a promise to honour the current PEACE and INTERREG programme, while any future funding beyond 2020 is subject to negotiation (55).

Both parties specifically commit to recognising the constitutional status of Northern Ireland and the principle of consent (paragraph 44). This refers to the hybrid status of Northern Ireland established by the 1998 Agreement: Northern Ireland’s people decide whether it remains in the UK or moves to become part of Ireland, and whatever they decide, the outvoted community (at the moment those preferring a united Ireland) will have to be not only respected, but also afforded the opportunity to live its identity on the island of Ireland or in contact across the Irish sea.

The main concern is, however, with the EU’s Internal Market and the Customs Union: the UK respects Ireland place within it, while it leaves the EU. The DUP’s signature is mirrored in the sentence that the UK recalls (not confirms) its “commitment to preserving the integrity of its internal market and Northern Ireland’s place within it” (paragraph 45).

Importantly, the answer to the unique circumstances of the island of Ireland will not depend on how the future relationship of the EU and the UK pans out (paragraph 46). In other words, Northern Ireland is not held hostage for pressurising the EU into a “deal” for the UK to enjoy all the advantages of EU Membership while abandoning burdensome commitments. This is confirmed in paragraphs 49 and 50, whose convoluted language bears witness of late night negotiations: while the negotiators realise that the UK intends to avoid a “hard border” (as defined above) on the island of Ireland through its future relationship to the EU, there are three fall-back options, should this prove impossible.

First, the UK will propose “specific solutions to address the unique circumstances on the island of Ireland” – a phrasing which carefully avoids he term “special status”, without ruling out an equivalent to this.

Second, if the specific solutions are not achieved, the UK will maintain “full alignment” with aspects of the Internal Market and the Customs Union which support North South cooperation, an all-island economy and the 1998 agreement.

Finally, there is recognition that Ireland’s unique geographical situation requires more than maintaining the 1998 agreement: the negotiation parties state that the transit of goods to and from Ireland via the UK will need specific attention (paragraph 56) – for some reason this does not apply to transit of people, though.

A number of circles remain to be squared. Number one is the avoidance of physical border posts and related checks on the island of Ireland in line not only with EU law, but also with WTO law. As has been confirmed by media interviews given by Pascale Lamy in late October, under WTO rules customs controls must be exacted at an external border of a custom’s union. However, Hongkong presents a precedent for part of a state to become an independent member of the WTO, and this would open the way for such a sub-state entity to join a regional customs union.

Nothing of this sort has been agreed in the first phase of the talks. The magic formulas of regulatory alignment and avoidance of regulatory divergence are thus not sufficient to achieve WTO compliance of a status without customs posts and checks. However, if the UK or at least Northern Ireland remains in the EU customs union, this problem is overcome. While the DUP despises any related controls in the Irish sea, these are neither excluded by the negotiation document nor despised by the majority of people in Northern Ireland, as a recent study shows.

As in the question of continued EU membership, the DUP position is not the position of the majority of unionists in Northern Ireland. However, wisely the negotiation document allows for achieving other solutions, including maintaining customs union membership of GB as well.

Without any doubt, regulatory alignment and avoidance of divergence are necessary to a certain extent to safeguard the integrity of the EU’s Internal Market. This is only true insofar as the Internal Market requires regulatory alignment. Contrary to wide-spread belief, the EU does not dependent on uniformity of its Member States’ laws. Just as within the UK  where devolution enables regulatory divergence in fields as diverse as abortion rights, gay marriage, equality legislation, employment legislation, regulation of NHS operation, agricultural policy and corporate tax rates, EU Member States remain competent to maintain national legislation. This is the origin of some divergence between Northern Ireland and Ireland already.

However, divergence is not unlimited: Treaty rules as well as secondary legislation must be complied with by any region in Europe from which goods, services, persons and capital circulate freely into the EU’s internal market. To this extent, regulatory alignment is required. However, it is unclear how the granting of those economic free movement rights for Northern Irish actors can be achieved by compliance with Internal Market law alone. Instead, that compliance is a precondition for the EU to extend those economic free movement rights to an external territory. While this can be achieved through EEA membership for Northern Ireland, this is not the only way to achieve this, nor is it the least complicated one. The negotiation document is (perhaps wisely) silent about the need to establish membership in the Internal Market of Northern Ireland specifically. After all, Internal Market membership of the UK would also be an option. Insofar it is also a wise move to postpone the final settlement of this question to after the UK settles its relationship with the EU.

Finally, while the EU is unable to uphold all the rights guaranteed in the 1998 Agreement, its equality acquis (alongside EU citizens’ free movement rights) constitutes a central pole underpinning the agreement. Accordingly, a way needs to be found for Northern Ireland to remain within this acquis. As there is already divergence between GB and NI equality laws, this does at least not create any new divergence within the UK.

As the negotiation document also stresses in its paragraph 50, full success of finalising the agreement for the island of Ireland depends on the success of reinstating the Northern Irish government. As mentioned from political science perspectives, devolution offers flexibility needed to achieve the creative solutions needed for the island of Ireland. From legal perspectives, devolution in Northern Ireland is demanded by the 1998 Agreement, and thus a legal commitment by the UK and Ireland under International Law. It can offer an opportunity to safeguard the integrity of the EU Internal Market and Customs Union while also complying with the 1998 Agreement in spite of the unforeseen drive towards “Brexit”.

However, the very integrity of the EU legal order may demand safeguards and second stops for times when the devolved government is dysfunctional. The final document may also have to insist on judicial oversight of any EU acquis maintained in Northern Ireland indefinitely. As specified for the citizenship acquis, this requires direct effect (paragraphs 34-36 negotiation agreement) as well as consistent interpretation in line with ECJ case law (paragraphs 37-41). While these mechanisms have not been agreed for the island of Ireland, they could constitute a model for this ongoing relationship.

Much has been achieved for safeguarding the unique position of the island of Ireland in the night between 7 and 8 December. However, the package is not sealed yet, and much detail needs to be developed, and agreed. While there may be light at the end of the tunnel, there is a long and bouncy path to conquer through the darkness still.