Brexit and the Economic Implications for Northern Ireland

Queen's University Belfast was the venue this week for Northern Ireland's largest public debate on the economic implications of a Brexit where Dr Edgar Morgenroth shared his thoughts and research findings of how a "leave" vote could impact on the Northern Ireland economy. 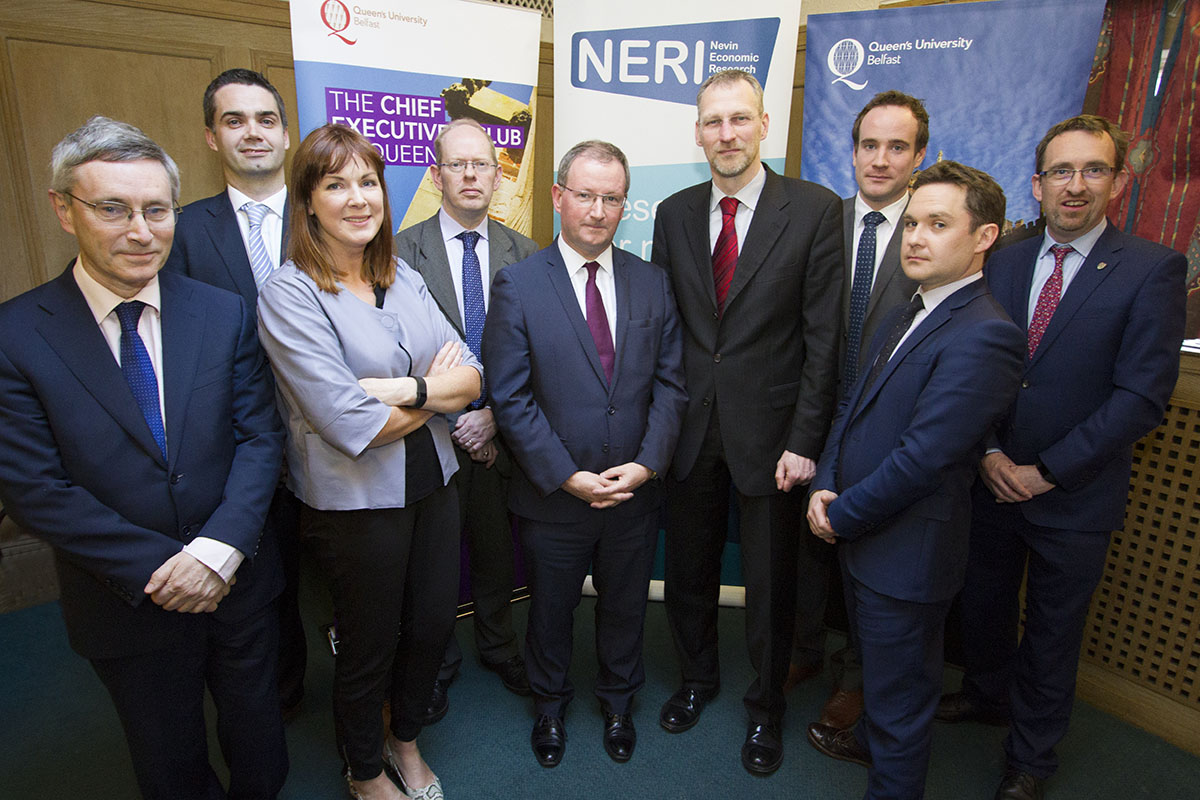 The Whitla Hall at Queen’s University Belfast was the setting this week for Northern Ireland’s largest public debate on the forthcoming UK referendum on EU membership.

Speaking about the event, Dr Anthony McDonnell, Director of the Centre for Irish Business and Economic Performance in Queen’s Management School, said:

“We won’t be telling people how to vote, but we do hope that this event will enable those attending to make a more informed decision on the economic side of the argument and Dr Morgenroth’s work is the most advanced piece of work on the subject.”

“from this University’s point of view, we have no doubt that we are stronger in Europe… because without access to the opportunities EU membership gives us, Queen’s would be a very different and much poorer place, both economically and socially.”

He went on to say that to date in 2016, Queen’s has been awarded £16.2 million of awards from EU funding, and that in the past, the largest single grant that the university received from the EU was €50m and “that is an incredible amount of resource to put at risk.”

He also stated that:

“…the bottom line is that the advances we have seen across the board –  from some of the biggest improvements in cancer research and food traceability – and from disability legislation to cybersecurity – have all come about as a result of the collaboration between researchers at EU institutions and with EU industry partners.”

Professor Johnston also highlighted the importance of evidence-based insight and information, such as Dr Morgenroth’s report, to help people decide whether to vote to stay in or leave the EU.

Following the launch of the recent ESRI report “Scoping the Possible Economic Implications of Brexit on Ireland,” Dr Morgenroth began by putting the referendum into context, referencing David Cameron’s election promise and the rise of UKIP and highlighted that in the short term, the referendum has created a lot of uncertainty in terms of levels of foreign direct investment and exchange rates.

He also looked at the relationship options available to the UK in the case of a Brexit, citing the Norwegian, Swiss and Turkish solutions but he pointed out from the EU’s point of view, if the UK were allowed to enjoy certain benefits of membership while remaining outside of the Union, this could potentially incentivise other Member States to follow suit.

Dr Morgenroth pointed out that the analysis in the ESRI report was conducted across four areas:

Taken together, the evidence provided by this analysis suggested that Ireland’s interests would be best served by the UK remaining within the EU, but what about Northern Ireland as a net recipient region of a Member State that has traditionally been a net contributor to the EU? 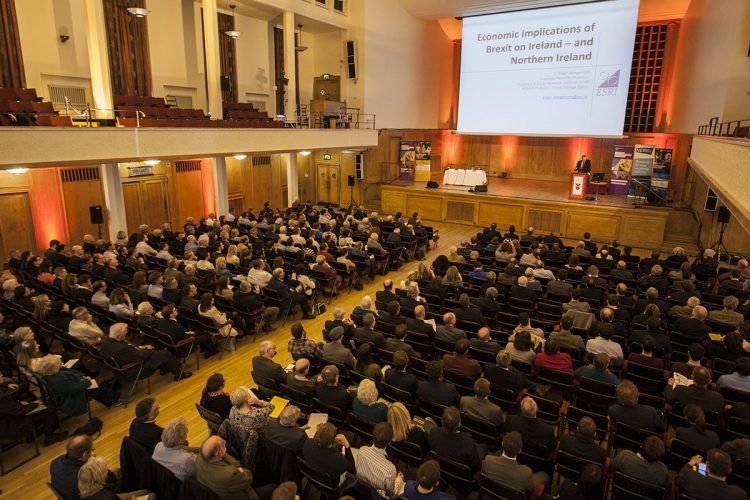 In the case of a Brexit, the UK would have to negotiate its own agreement with the EU across its four freedoms (capital, people, goods and services) but research shows that membership of the EU increases trade opportunities more so than a bilateral agreement. A Brexit would therefore have a detrimental effect on Northern Ireland’s current exports to the EU (61%) and its imports from the EU (55%).

The UK outside the EU would be less attractive to FDI because of its reduced access to the EU Single Market. Northern Ireland does better than the other regions of the UK (except for London) in terms of attracting FDI, and EU membership is a key factor in this. The research also shows that the positive effects of a reduction in corporation tax – 18% in the UK and 12.5% in Northern Ireland – would be reversed by a Brexit.

Restrictions on travel and mobility caused by a Brexit could drive more migrant workers to Ireland, as the only other English speaking EU Member State, resulting in a larger labour force and creating a much more talented labour pool in Ireland than in Northern Ireland, which would make it more attractive for FDI. More broadly, the imposition of passport controls at Northern Ireland’s borders would be at best inconvenient, and at worst a worryingly regressive step in terms of facilitating cooperation between both parts of the island.

Dr Morgenroth concluded by stating that,

“While a Brexit might make some people in the UK feel better, it is very likely to make everyone poorer.”

A Word from the panel

The panel discussion began with Angela McGowan stating how difficult it is to put a figure on the actual cost of EU membership, particularly in terms of the non-financial benefits such as peace and security and free movement. The discussion went on to cover such issues as: agriculture and the importance of the agri-food sector for Northern Ireland; the fluctuating exchange rates and the uncertainties for business and the financial markets; implications for migration and the potential positive effects it could have for the Northern Ireland labour market in terms of wage rises; the importance of the forthcoming Northern Ireland Assembly election as opposed to the referendum; the strain that a Brexit may place on Northern Ireland’s public finances through a loss of CAP and structural funds.

The discussion concluded with agreement from the Panel that the economic implications is only one issue in the Brexit debate and even though we will know the outcome of the referendum soon after the 23rd June, we won’t know the impact for years to come.

The overall conclusions by Dr Morgenroth show that a Brexit would have a negative impact on Northern Ireland and the UK across all aspects of economic performance. He also highlighted research from other institutes such as the London School of Economics, the National Institute of Economic and Social Research and the Open University that draw the same conclusions.

The debate was organised by the Centre for Irish Business and Economic Performance in Queen’s University Management School; The Chief Executives’ Club at Queen’s and the Nevin Economic Research Institute.