After Brexit: the EFTA option

As the UK government’s plans for Brexit remain very much a work in pro­gress, Professor David Phinnemore and Cenni Najy ask what would EFTA membership mean for the UK post-Brexit. 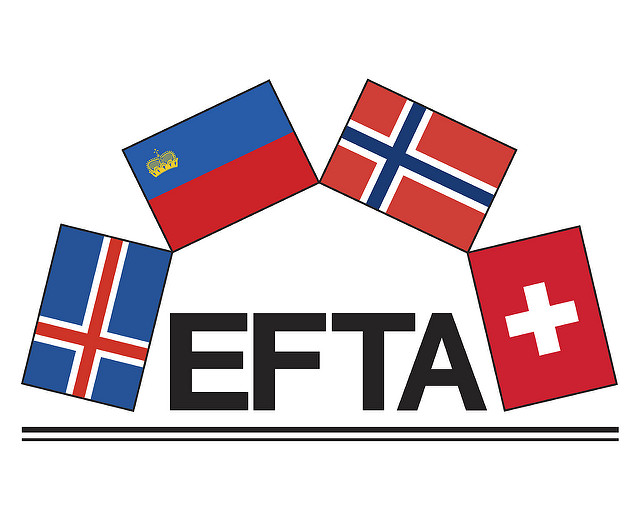 The UK government’s plans for Brexit remain very much a work in pro­gress. Negotiations have begun but very few details exist on the proposed scope and intensity of fu­ture UK-EU relations. The UK it seems will be leaving the customs union and the single market. But what type of relationship will replace membership remains an open question.

There is also very little clarity on the UK’s proposed trade and economic relations with non-EU countries. As an EU member, the UK participates in a range of free trade agreements with non-EU countries, both in Europe and in the rest of the world. In case of a ‘hard Brexit’ and the UK leaving the EU’s customs union, the UK would lose the preferential market access these agreements provide.

The UK could try to negotiate replacement agreements with each European and non-European country. However, this could prove a long and very difficult task given the complexity of trade agreements today. One way to address this challenge would be for the UK to become a member or associate of the European Free Trade Association (EFTA). This EFTA option is explored in a paper entitled The Option of Association: The United Kingdom Post-Brexit and the European Free Trade Association and published by Foraus, a Swiss foreign policy think tank.

Joining EFTA – an intergovernmental organization that serves as a platform for free trade between its members – would allow some continuity to be main­tained in UK trade relations. This is not only true for trade with Switzerland and Norway – the two largest EFTA states and significant markets for the UK – but also for many ext­ra-European markets with which EFTA has conclu­ded free trade agreements.

EFTA membership, far less demanding legally, politically and financially than EU membership, has its attractions. However, it also contains a commitment to establish the free movement of persons with the other EFTA countries. This could prove highly problematic for the UK go­vernment, given domestic political debate regarding immigration.

How then could the UK proceed to develop constructive relations with EFTA and avail of some, at least, of the attractions of membership? One scenario would be to seek an association with EFTA. This association could be similar to the arrangement concluded between Finland and EFTA from the 1960s to the 1980s.

A ‘UKEFTA’ association could secure the trade benefits of EFTA membership while not necessarily involving the same level of political com­mitment to which the existing members have signed up, especially in matters related to immigration and accession to all trade agreements concluded by EFTA.

Cenni Nagy, is a Senior Policy Fellow at Foraus and Research Assistant in political science at the University of Geneva.