As the Brexit debate ramps up in advance of the referendum on 23 June, Professor Mark Lawler looks at how cancer researchers and patients in the UK have benefitted from EU support and collaboration and he examines the possible ramifications of a Brexit vote on cancer care and research. 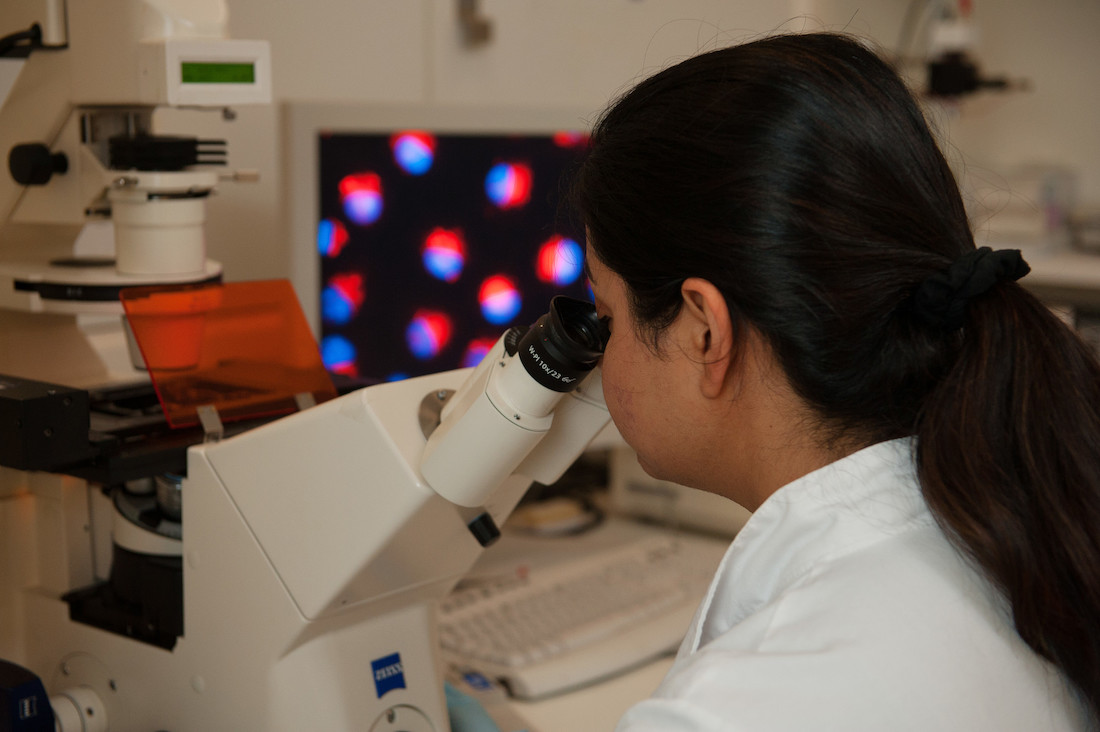 Cancer is the leading cause of premature death in over 50% of European countries. In the UK, over half of our citizens will develop cancer at some stage during their lifetime, with a significant proportion of patients dying of this common disease. As the debate on a potential UK exit from the European Union (EU) intensifies, with in many cases rhetoric dominating fact, let us examine the ramifications of a Brexit vote through the linked prisms of the cancer researcher and the cancer patient.

Cancer Research and Patient Care and the EU: the funding perspective

Scientists and clinicians in the UK have made world leading contributions to our understanding of the complex biology that characterises a cancer cell, and have translated this information into more effective preventative and therapeutic interventions for cancer patients. This is strongly supported by both UK charities (e.g. Cancer Research UK) and government, with more than £500 million being spent on cancer research annually. However generous this figure might seem, it is not sufficient on its own to support a world class cancer research effort. Therefore, UK researchers compete with cancer researchers from other EU countries, in order to expand the “funding footprint” in UK universities and research institutes.

The results have been impressive. In the EU 7th Framework Programme (FP7) which funded EU Research and Technical Development from 2007-2014, over €1.5 billion was spent on cancer research. UK cancer researchers were extremely successful, being involved in over 80% of funded projects. If we consider all research in FP7 and not just cancer, over £4 billion of funding was achieved by UK researchers. Looking in more detail at one programme in particular, the highly sought-after European Research Council (ERC) grants, which recognises individual scientific excellence, UK researchers have clearly “punched above their collective weight”, with a success rate of 16.5% (77 of 466 grants) and a collective value of €150 million, placing them in Europe’s premier league of researchers. Thus, there are significant positive financial and reputational benefits for UK scientists and clinicians being part of an EU-wide cancer research effort.

Mobility of researchers within the EU: promoting innovation and career development

From a clinical perspective, the ability to work together at EU level has been extremely beneficial, as it allows the identification of best practice and its adoption in different Member States. UK researchers have contributed to this “shared learning” by leading cancer survival surveillance initiatives such as CONCORD  and by strong participation in EUROCARE.  While cancer care has led to significantly increased survival in the UK in the last 20 years, there is still room for improvement and this can best be achieved by sharing best practice. Thus,  for example, recent Danish activities aimed at enhancing earlier cancer diagnosis are now informing potential practice-changing activities in the UK, while innovation to improve outcomes for older cancer patients, such as that ongoing in France, will also help improve UK practice for the ageing cancer population. Emphasising the importance of the patient, UK patient advocates and health care professionals have come together with their EU counterparts to form the European Cancer Concord, culminating in the launch of the European Bill of Cancer Patient’s Rights in the European Parliament in Strasbourg on World Cancer Day 2014.

Cancer Research and Patient care and the EU: The negatives

However, not all EU activities that impact on cancer research and cancer care in the UK have been positive. While the intention of the 2001 European Clinical Trials Directive may have been to promote harmonisation across the Member States and simplify regulations, its implementation actually led to an overwhelming increase in bureaucracy, a doubling of costs and an initial reduction in clinical trial activity across the UK.  More recently, the new EU General Data Protection Regulation has provoked significant concerns on its potential (albeit inadvertently) to undermine clinical and translational research.

Brexit and cancer: a dangerous liaison for UK cancer research and control?

So what would happen if on the 23rd June 2016, the UK voted to leave the EU? Given that a country has never left the EU before, it is probably safe to assume that a period of uncertainty would arise. So how would this uncertainty manifest itself from a cancer perspective? From a financial point of view, what would happen to the EU funding that UK researchers so successfully compete for? It is extremely unlikely that continued access to these funding sources could be renegotiated, thus losing a huge resource that would help to foster better cancer care. Additionally, a prolonged period of economic uncertainty could have significant repercussions on health budgets, which could translate to poorer health outcomes, particularly for the disadvantaged members of our community.

Lack of free movement of researchers would potentially stifle innovation. The benefits of the various EU collaborative approaches outlined above would surely be compromised, if the UK’s role in Europe were to change. Lack of involvement in EU debate and decision making would also mean that the powerful voice of the UK in health and research policy would be lost. Initiatives such as the European Cancer Patient’s Bill of Rights, which mean so much to cancer patients, would be much more effectively implemented through the involvement of the UK within the EU.

It is incumbent on us as global citizens to ensure that, whatever the result of the referendum, we must continue to contribute to the European debate in important domains such as clinical trials, data sharing and clinical best practice, while also delivering the highest quality research that leads to the best possible outcomes for cancer patients, in the UK, the EU and globally. These aspirations can most effectively be achieved if the UK stays within the EU.