Brexit trade problems: what’s gone wrong and can it be fixed?

Dr Billy Melo Araujo looks at some of the issues that have been arising since the introduction of the EU-UK Trade and Cooperation Agreement. 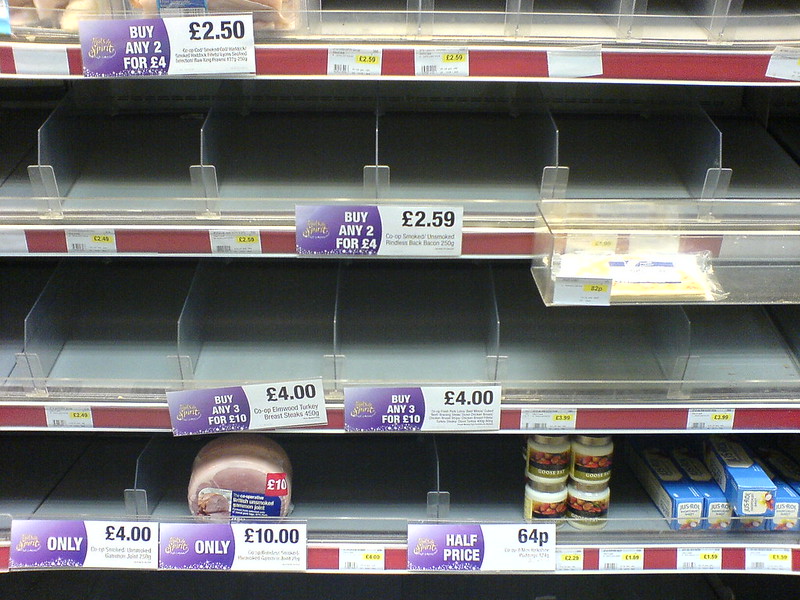 Queues of lorries at borders and empty supermarket shelves confirm what most already knew: the EU-UK Trade and Cooperation Agreement (TCA) has increased trade barriers between the EU and the UK.

So what problems are arising, and can anything be done to improve them?

Upon announcing the deal on Christmas Eve, Boris Johnson claimed it would “enable UK goods to be sold without tariffs, without quotas in the EU market”. This has since been proven to be misleading.

Goods traded between the EU and UK avoid tariffs and quotas only where they originate from whichever side exported them. This is governed by the rules of origin, which aim to ensure that goods imported from, say, India into the UK can’t be sold on to the EU tariff-free.

Complying with these rules is notoriously difficult – especially for processed agricultural or industrial goods, which typically include components from around the world. Different products are also subject to different minimum percentages, while some processes incur exclusions while others do not. In some sectors, such as automotive, compliance has already led to increased consumer prices.

The difficulty is heightened by the highly integrated nature of UK-EU supply chains and distribution networks. One perverse consequence is that EU goods sold into the UK tariff-free are subject to tariffs if re-exported to the EU – unless they have undergone sufficient processing in the UK. This is particularly a problem for the island of Ireland, for whom the UK has long acted as a land bridge for EU products. For many UK-EU traders, accepting tariffs may be easier than trying to comply.

The prime mister has also incorrectly claimed that the TCA removed all non-tariff barriers to trade with the EU. Like most free-trade agreements, the TCA does little to address regulatory barriers to trade. As the UK and the EU are no longer in a customs union, for example, customs checks and formalities now apply, which can be time-consuming and burdensome.