With Brexit looming, Professor Chris Elliott looks at the UK's discussions with the US about a trade deal and asks what impact will this have on the food that we eat? 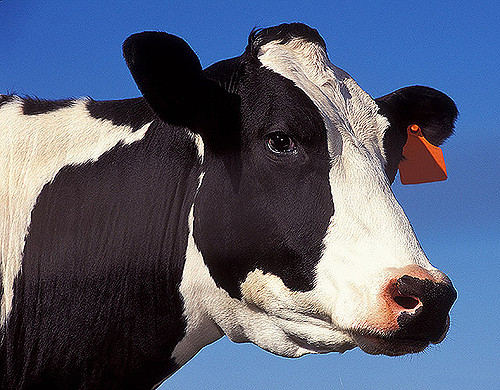 Much of the recent discussions between Theresa May and Donald Trump were centred around a trade deal. The US is very keen to get a new deal and why wouldn’t it, when it has a trade deficit of around £50bn with the UK? So on the food front, I wonder what products are likely to appear on our supermarket shelves. How about bleached chicken or steroid-treated beef with a side salad made up of GM veg all washed down with milk from a bovine somatotropin treated cow?

For many years Europe has banned all these types of foods due to a wide range of food safety concerns. The Americans, sometimes supported by the WTO, argue that the bans are about protectionism and are little, if anything, to do with safety. Take the hormone-treated meat ban that came into force in the 1980s. I was once told by a senior official at the EC that Europe would never change its decision on this ban no matter what scientific evidence was produced. In simple terms, it was Europe showing the US that we (Europe) are united, powerful and no longer willing to be bullied by the US on trade.

I find it perversely amusing that in our post-fact era the facts may support the US in at least some of their claims about the relative safety of these types of foods. Yet all the surveys conducted over lengthy periods of time show the vast majority of UK consumers do not want hormone-treated beef or GM crops or any of the other items I mentioned.

So where will this leave our government? Marching on with Brexit, as it is the will of the people, means we could be flooded with US foodstuffs that the public do not want. How very democratic! Of course the simple answer appears to be labelling. Where something comes from the US let’s put a Stars and Stripes (or skull and crossbones) on the label and let the consumer decide. A very simple solution but also very flawed one. For starters, complex foods seldom if ever show where ingredients have come from and the potential for fraud will be enormous.

My belief is the UK government’s priority list for trade with the US will not have food on the first or even second page. So let’s start to look forward to that tasty meal I just described to you…

i GUESS THERE MUST BE TENS OF THOUSANDS OF AMERICANS DYING FROM ALL THE SUBSTANDARD FOODS THEY ARE FORCED TO EAT ? PERCEIVED RISK OR REAL ? methinks thou dotH protest too much.

According to The United States Centre for Disease Control (CDC) each year roughly 48 million people get sick from a foodborne illness, 128,000 are hospitalized, and 3,000 die – http://www.cdc.gov/foodsafety/foodborne-germs.html

The US food system seems a real risk to me.