Bordering on Brexit: The views of local communities in the Central Border Region

Dr Katy Hayward looks at some of the findings from the report entitled Bordering on Brexit: views from local communities in the Central Border Region of Ireland/Northern Ireland – conducted by the Centre for International Borders Research at Queen's on behalf of the Irish Central Border Area Network. 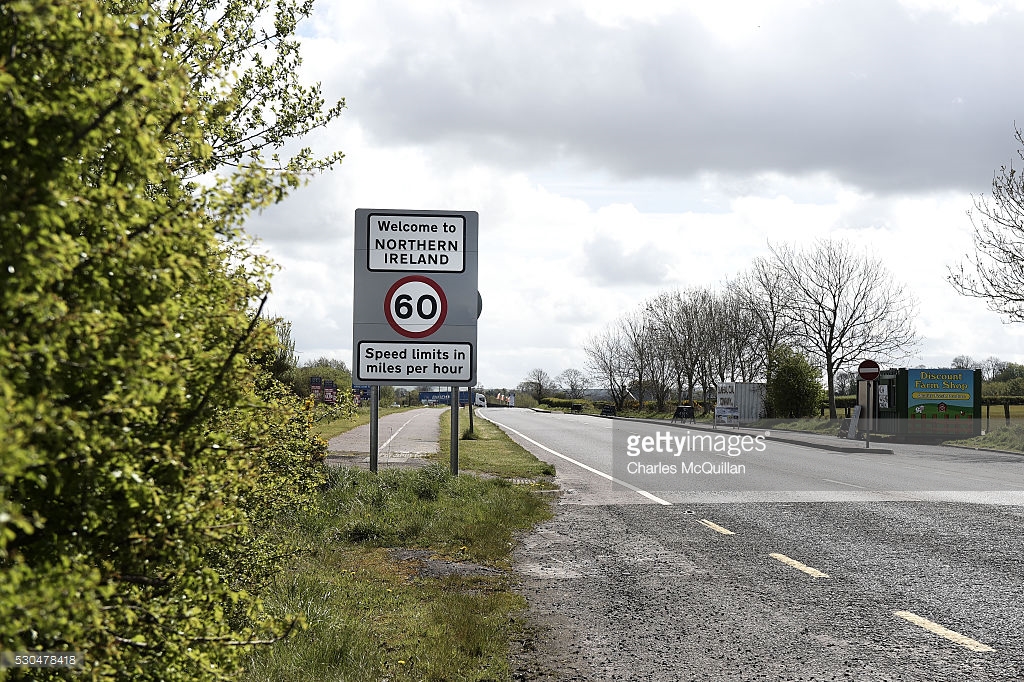 ‘For a border community, the border impacts on every aspect of everyday life. When you get up in the morning, which road do you go out on? In Dublin or Belfast they won’t understand that very close, tight way that the border affects everything you think about and everything you do.’ (respondent from Monaghan)

The UK’s withdrawal from the EU will constitute a significant change to the status of the Irish border and, as a consequence, the Border Region is at risk of being the region most deeply affected by Brexit. Indeed, although the nature and extent of any changes are as yet unknown, their very prospect is already having an impact in the Central Border Region of Ireland/Northern Ireland. This impact is evident in the findings from a research project – Bordering on Brexit: views from local communities in the Central Border Region of Ireland/Northern Ireland – conducted by the Centre for International Borders Research (Queen’s University Belfast) on behalf of the Irish Central Border Area Network (ICBAN).

The purpose of this project was to give a voice to members of local communities on both sides of the border in this Region, to better understand the potential and actual impact of Brexit even at this early stage. The study sought the views of people living in rural communities on both sides of the Central Border Region, specifically in Armagh City, Banbridge and Craigavon; Cavan; Donegal; Fermanagh and Omagh; Leitrim; Mid Ulster; Monaghan; and Sligo. The project was determinedly non-political and non-partisan. It was not intended to be a comprehensive report on the potential impact of Brexit across a range of sectors but rather an opportunity to record the views of local communities who are ‘bordering on Brexit’ in a very literal way.

In order to do so, we used two means of gathering data: an online survey and focus group interviews in Enniskillen and Monaghan. We received over three hundred detailed responses to the survey with fairly balanced representation from across the eight local authority areas on both sides of the border.

Analysis of this data has produced several core findings regarding the views of local communities in the Central Border Region towards Brexit. First, any change to the status of the border or ability to easily cross the border will have the most direct impact on residents in the Border Region, on both sides of the border. This is particularly damaging in a Region where development and cooperation is still below the levels that could be expected of a region of similar features in another part of Europe.

Secondly, the legacy of violent conflict is apparent in the fears that people have about the impact of Brexit on the border. For many respondents, the very term ‘border control’ is one that conjures images of a securitised border and recalls deeply negative experiences and community tensions. Our respondents referred to the ‘emotional’ and ‘psychological’ aspects of the border being reawakened as a result of the Brexit referendum. As one participant described it: ‘We’re still on the path to reconciliation and this is like opening a wound.’

Thirdly, there seems to be a paradox in the contemporary Irish border: crossing the border is both unremarkable and extraordinary.  In some ways it is non-existent, completely irrelevant; however, in other ways it is ever-present and at the centre of politics, economics and peace. This makes it quite difficult to explain and anticipate the effects of Brexit on a border that is currently so open. EU membership has been a vital context for this openness but it is not directly credited with being so; instead, most respondents associate the open border with the success of the 1998 Agreement. Accordingly, any ‘hardening’ of the border is seen as a negative sign for peace and stability in the Region.

Fourthly, the effects of Brexit are already being felt in the Central Border Region. In particular, Brexit is already having an effect in respondents’ comfort in living on one side of the border and working on the other, and in their confidence in doing business on the other side of the border. The overwhelming sense among voters in the region regarding Brexit is one of uncertainty, which is a particularly harmful condition in a Region with a legacy of conflict and under-development. Such uncertainty also hinders proper preparation for whatever may come after the UK’s withdrawal.

Finally, Brexit is exacerbating the sense of marginalisation and invisibility felt by residents in the Central Border Region, in both jurisdictions. This is quite clear from the fact that ‘opportunities’ arising from Brexit that were identified by our respondents tended to be framed as being at the expense of the jurisdiction/economy on the other side of the border. It is apparent from this research that the risk of a return to back-to-back development will have profoundly damaging effects not just economically but socially too.

With these findings in mind, we call for more attention to be paid to the interconnectedness of the Border Region as a whole and the fact that any effects in Northern Ireland will be deeply felt in the southern Border counties. Now is not the time to let political sensitivities around cross-border cooperation distract from the need for preparation or from the value of maintaining strong economic and social networks. Only by investing in and supporting cross-border bodies and activities can we safely navigate Brexit, including some of the most unnerving and complex ‘known unknowns’.

The report, Bordering on Brexit: The views of local communities in the Central Border Region of Ireland/Northern Ireland, is available to view/download from: the ICBAN website and from the Queen’s on Brexit site.  An Executive Summary is also available from those sites.

We would like to conclude by thanking all those who so generously gave of their time to participate in this study.

The effects of Brexit on the trans border communities is AN IMPORTANT AREA OF STUDY .COMPARIS0N MIGHT BE MADE TO THE PALESTINIAN PRODUCE ROTTING IN THE SUN AT ISRAELI CHECKPOINTS.

Good way of explaining, and nice piece of writing to obtain facts regarding my presentation subject matter, which i
am going to present in academy.