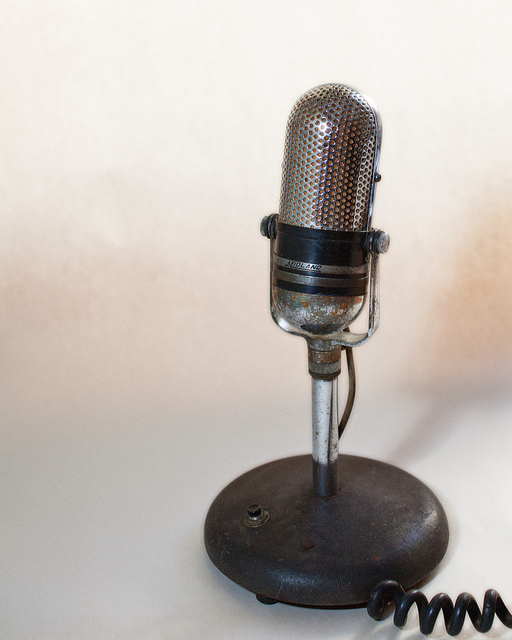 In 1989, the then-EEC adopted a Directive on ‘television without frontiers’. The Directive was updated in 1997 and 2007 (on the latter occasion, being renamed the Audiovisual Media Services (AVMS) Directive and extended to cover certain on-demand services too – see the 2010 codification), and a fourth version is currently being considered by the EU institutions (which would, amongst other things, also provide for new obligations for ‘video-sharing platforms’).

Like many areas of EU interest, the regulatory principle under the Directive is one where a service is normally regulated in its ‘country of origin’ (where it is established), but not subject to further regulation by other member states (where it may be received, typically through cable or satellite platforms). Naturally, the Directive sets out some requirements, though member states can (within reason) go beyond these provisions. That means that, for instance, UK broadcasting law must cover those areas required by the Directive (such as promoting European works, and prohibiting hate speech), and can add rules of its own in certain fields (such as the requirement for due impartiality in the UK) – but only those broadcasters established in the UK are subject to the UK law. In some states (such as Sweden), commercial broadcasters operating in the language of that state are actually more likely to be established in the UK than in the ‘target’ state (more on this below).

Services not established in an EU member state, which do not meet alternative criteria (e.g. where editorial decisions are made) fall outside of the country of origin rules, are referred to as third-country services. This means that each and every EU state can set its own conditions for the reception or rebroadcast of such a service, including prohibiting them completely (subject to general rules of international law).

The regulation of television broadcasting under European Union law is one of those areas where the ‘flow’ of business between the UK and the rest of the EU is uneven. The UK is clearly the preferred place of establishment for international broadcasters operating in multiple European states, and even for a significant proportion of services addressed to a single state or language-based audience. As of 2016 (figures derived from the MAVISE database held by the European Audiovisual Observatory and further classified by the author, for the purposes of a contribution to the forthcoming new edition of a book on telecommunications law), the 1222 television services licensed by the UK regulator Ofcom fall into four categories:

Few if any other areas of the single market have seen such a concentration of establishment in a single member state.  In that sense, it is a UK success story. Indeed, only a handful (around 25) of the hundreds of services available to consumers in the UK are established elsewhere in the EU, and many of those are pan-European services (e.g. Euronews) or public services (e.g. RTÉ in Ireland, France24 in France).

If UK-established services end up falling outside the Directive, this will have a particular impact on pan-European services (whether from US or European companies), and on collections of services targeting single states all established in the same London facilities. This is because being established within the EU has, since 1989, been the key facilitator of access to the European audiovisual market. It has meant that many services have been able to avoid the regulatory requirements of the states in which they are received, through compliance with the (often more minimalist) requirements of UK law.

What then for the UK? A number of familiar options present themselves. Firstly, the type of arrangements already in place for other European states. The Directive does apply within the European Economic Area (EEA), and so brings Norway, Iceland, and Liechtenstein within the AVMS system. Indeed, a large number of broadcasters addressing audiences in Norway are established in the UK, including the major Norwegian commercial channels, and the Norwegian-language services of global broadcasting companies. But the UK is showing little enthusiasm for EEA membership in the process so far.

Secondly, the UK could seek to rely upon the Council of Europe’s European Convention on Transfrontier Television, adopted alongside the Directive in 1989. (A ‘disconnection clause’ in the ECTT ensured that EU states would apply the Directive between them, but the ECTT where a non-EU state was concerned). Many EU states (including the UK) have also ratified the Convention (though some, including Ireland, have not). The ECTT was updated in parallel with the 1997 reforms, but an attempt to make further changes in response to the 2007 EU reforms foundered on the EU’s objections to member states ratifying international agreements in areas of the EU’s exclusive external competences. Nonetheless, the ECTT (effectively the EU law on television services as it was in 1997) continues to apply, with particular reference to relations with the non-EU states that have ratified it (notably Turkey and Ukraine), and could in theory be relevant to the United Kingdom. As I have previously argued, though, it is close to obsolete and has been effectively abandoned by the Council of Europe in the face of EU objections.

Thirdly, the UK could rely upon trade agreements, general or specific. Unsurprisingly, the UK Government has declared its attention, in the White Paper on Brexit, to promote free trade in this field, specifying its desire to ‘(support) the continued growth of the UK’s broadcasting sector’. However, general international trade agreements rarely provide for market access for broadcasting services (let alone something like the country of origin provisions in the Directive), and indeed may contain specific protections for national rules on culture as a departure from free trade principles.  (As pithily put in one of the famed ‘sectoral analyses’ which focused on broadcasting, ‘the EU has no precedent for including trade commitments on cross-border broadcasting with third countries’. The House of Commons Select Committee on digital, culture, media, and sport reported in January 2018 that it was more likely that broadcasting would be dealt with as a separate issue, but asked the Government for an update by May 2018, highlighting the impact that exclusion from the country of origin system would have on the UK. A trade group, the Commercial Broadcasters Association, already notes (in a November 2017 briefing) that some service providers will need to consider ‘restructuring’ services (including the likely loss of UK jobs) so as to fall, if needs be, within the jurisdiction of an EU member state.

One specific issue might concern the relationship between the UK and the Republic of Ireland. In practice, many services established in the UK are addressed to the UK and Ireland (through Sky), and indeed a number of the 438 ‘single state’ services mentioned above are ‘Irish versions’ of UK channels, separately registered for reasons such as carrying different advertising. At the moment, the Broadcasting Authority of Ireland has no power to regulate these services, other than in exceptional circumstances provided for in the Directive itself.  So if legislation was adopted in Dublin adding something to broadcasting law (e.g. a minimum requirement for news and current affairs), it would only affect the small number of services established in Ireland.  If the UK’s position changes, then the BAI could insist that UK-established services comply with such rules (or even become established in Ireland), if they wanted to continue operating in Ireland. Moreover, Ireland could well be a suitable new base for broadcasters currently established in the UK, so as to ensure continued access to the EU-wide market – especially if compliance with Irish law appeared more attractive than the alternatives available in other EU states.

In this post, I have focused on the conventional broadcasting sector. However, the AVMS Directive already applies to some video-on-demand services, and other instruments (such as the Electronic Commerce Directive, and various provisions on copyright) regulate the broader range of online services. Given the importance of creative technologies to the UK (and indeed to Northern Ireland, being noted in recent economic and industrial strategies as a key area for growth), the degree to which being established in the UK facilitates or inhibits access to EU markets is a question that will attract further attention as Brexit negotiations continue.

Daithí Mac Síthigh is Professor of Law and Innovation at Queen's University Belfast. Daithí's research interests fall into two broad categories. The ﬁrst is law and technology (including topics such as audiovisual media law, the regulation of the video games industry, and Internet infrastructure and domain names), and the second is public law (especially in relation to languages).