Can Ireland’s Churches be Something Other than a Building?

Dr Gladys Ganiel shares her latest research which looks at religion during the pandemic. 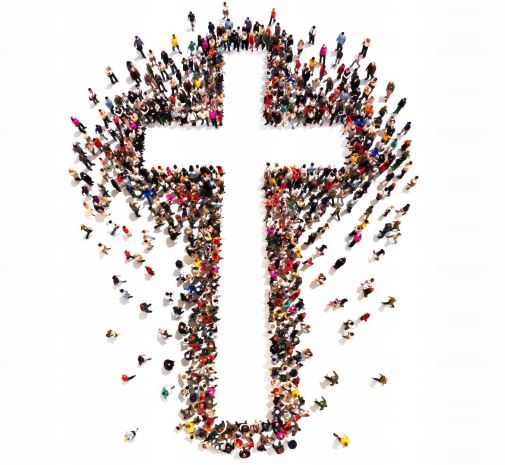 The annual worldwide Week of Prayer for Christian Unity (18-25 January) has just passed. Over the years it has been celebrated by Ireland’s more enthusiastic ecumenists, especially those who saw inter-church cooperation as essential for contributing to the healing of societal divisions, north and south.

This year, all prayers and events marking Christian Unity have been virtual, owing to the pandemic. Yet there is evidence that the pandemic could be an unexpected catalyst for inter-church cooperation.

My latest research report, Something Other than a Building: A Report on Churches on the Island of Ireland during the Covid-19 Pandemic, hints that a historic shift in national level inter-church relations could be underway. Inter-church cooperation at this level has been more frequent and united during the pandemic than at perhaps any other time, with unprecedented levels of collaboration around pandemic-related issues such as closing and re-opening church buildings; as well as issues like Brexit and dealing with the past in Northern Ireland.

At the same time, the pandemic may be accelerating a shift in emphasis towards the idea that church is ‘something other than a building’. Those words, from which the report takes its name, were spoken by Presbyterian minister in Northern Ireland, reflecting on how changes during the pandemic could be altering perceptions of what church is and what it does.

In the interviews on which the report is based, other clergy from a range of denominations echoed these sentiments, indicating that such a shift could be driven by the popularity of online services, churches’ practical support for their communities during the pandemic, and increases in lay activism in providing pastoral care and technical expertise.

Of course, the idea of church as ‘something other than a building’ is not new. It has also been conveyed in the language of the ‘priesthood of all believers’, employed for centuries by Protestant churches; and 20th century theology’s (in both Catholic and Protestant traditions) emphasis on ‘the church as the people of God’. But in Ireland, where churches have been institutionally-powerful and clerically-dominated, it could be argued that such ideas have not yet taken a firm hold.

On the other hand, some claim that the pandemic is accelerating secularisation because people who have lost the habit of church going may never return to the pews. But my research suggests that this trend could be accompanied by an intensification of faith among those who remain – and who are currently accessing religion online in surprisingly high numbers.

Something Other than a Building is based on interviews with 32 Christian clergy from across the island, conducted between June and December 2020. It complements my May 2020 report, People Still Need Us, which was based on an island-wide survey of faith leaders. Both reports were published by the Irish Council of Churches/Irish Inter-Church Meeting.

The interviews were designed to follow up on key findings from the survey and to probe for new insights, providing deeper perspectives on how churches are navigating the pandemic. Both the interviews and surveys addressed changes in pastoral care, moving religion online, social services and the wider community, and stress and ministry. Something Other than a Building is best read in conjunction with the earlier report.

Religion Online: ‘It’s a phenomenon which I can’t grasp’

The survey found that the percentage of faith communities providing online worship opportunities had increased from 56% to 87%, and that 70% of faith leaders intended to retain at least some aspects of their online ministries when restrictions on public gatherings were lifted.

Interviews revealed the richness and variety of approaches to online ministry that have developed during the pandemic, including the different formats and applications used for worship services, and the development of additional types of prayer services and other online meetings. The apparent popularity of online services continued to take clergy by surprise, as a Catholic priest in the Republic said:

It’s a phenomenon which I can’t grasp. … I saw that there’s more of, I won’t say hunger there, that’s too deep. But there certainly was a sense in which they wanted to keep in touch with something familiar that might make a little sense of what was going on. Almost thrown at the feet of God in some way and saying, help me, hug me, hold me if no one else can. … I’m told up to 1000 used to come in on this thing for us, you see. Really? What are they doing?

Clergy also spoke about the challenges of pastoral care. A Catholic priest described conducting funerals during the pandemic as ‘the hardest thing I’ve done as a priest, by far’; while a Methodist lamented the clinical nature of the restrictions meant, ‘I’ve buried a dog with more emotion.’ Others described creative responses to the challenges such as people standing outside their homes as small funeral corteges passed; and livestreaming funeral services. Some described pressure to ‘police’ behaviour at funerals if social distancing measures were not followed. Others were concerned that the unusual funeral arrangements were contributing to an accumulation of unprocessed grief that would worsen as time wore on.

For some clergy, reopening church buildings was one of the most stressful experiences of the pandemic, as they grappled with balancing health and safety against people’s spiritual needs. As a Presbyterian said:

At the same time, a Catholic priest in the Republic recognised that the sanitised, socially-distanced experience of Mass could be unsettling for people:

I think there are certain things we can do [to improve the experience]. For instance, don’t use crime scene tape in your church, Father [to ensure social distancing], it doesn’t look the best. … OK, we have to do it. … But let’s do it in as respectful a way as possible, respectful of what we do and respectful of our people as well. Let’s still have these oases for them, that would be more badly needed than ever.

The popular drive-in services organised by some rural Protestant churches also presented organisational challenges, but were generally viewed positively as innovative opportunities for worship. As a Methodist said: ‘It’s a bonkers idea, it’s absolutely bonkers. Because it’s bound to rain. I mean, you turn up in your car in the drizzle and someone is on the back of a lorry, you know. It’s a bonkers idea’; while a Church of Ireland priest described it as initially ‘a bit like [an episode of] Father Ted.’ Another Methodist, who was reluctant to try a drive-in service, was amazed at the positive response. She now describes it as ‘like John Wesley’s days … when he used to preach outside and evangelise on his horse.’

Something Other than a Building?

The pandemic has been a season of grief and has presented immense challenges for everyone. But the pandemic also presents opportunities for the churches to contribute to the common good and there is some evidence that they are beginning to grasp them.

Cooperation among the four largest Christian denominations is more frequent, harmonious, and united than any other period of Irish church history. The frequency of contact has been driven by the pandemic, as church leaders worked together to respond to government restrictions on public gatherings (amongst other issues), aided by technologies that made meeting online more efficient than meeting in person.

It also should be noted that the pandemic presents common challenges for the churches, which somewhat transcend historic denominational differences and animosities. Due to the often practical nature of responding to the pandemic, working together on the issues it has thrown up could be in some senses be ‘easier’ than responding to sectarianism or the violence of the Troubles, which require self-critique and even repentance.

In that light, it could be argued that the pandemic is presenting an opportunity for Irish churches to transform their divided and often sectarian pasts. And on a secularizing island where religious identities are losing their salience, churches may be more likely to contribute to societal debates if they do so from a position of unity.

But it is impossible to say to what extent the churches’ united stances have informed public consciousness or trickled down to grassroots Christians. During the Troubles, the church leaders made many pro-peace statements, but their impact was limited. Secularisation also could mean that churches’ voices are not taken as seriously as they once were by policy makers or in societal debates.

It also is not clear if the nascent, grassroots shift to the idea of church as ‘something other than a building’ will take a firm hold, contributing to lasting changes in the way people practice their religion when the pandemic is over.

So, while my research has identified nascent and developing trends, it cannot predict whether these trends will be significant and long-lasting. That’s up to the churches themselves, from those at national-level leadership on down to the people who have been urged to take their faith beyond the pews.