Can there be an ‘official’ history of the ‘Troubles’?

Professor Marie Coleman looks at some of the challenges in compiling a government-sponsored official history of the Troubles in Northern Ireland. 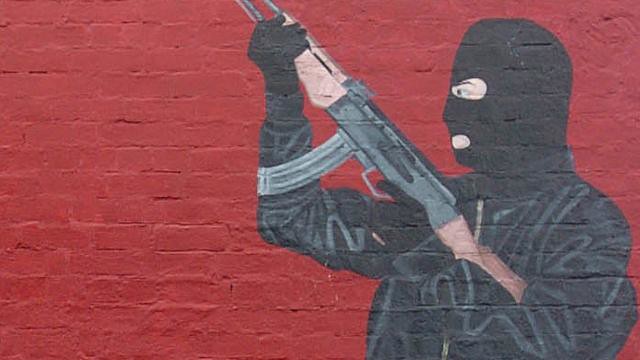 During the past year I served as a member of an advisory panel of historians, appointed by the Secretary of State for Northern Ireland, Brandon Lewis, to advise upon a programme of activities to mark the centenary of the partition of Ireland and the creation of Northern Ireland in 1921. The panel’s wide-ranging activities involved a number of public engagement events, a website with content compiled by research assistants aimed at reflecting what life was like a century ago, a book of essays (due for publication next month), and efforts (ongoing) to ensure public access to state archives relating to the early years of Northern Ireland. At no stage in our work did we encounter any political interference.

During the course of our tenure, stories began to circulate in the press that the British government was planning to establish a panel of historians to provide an official history of the more recent Northern Ireland Troubles. Inevitably some comparisons were made with the work of our centenary panel and this proposal, which is linked to the legacy aspects of the 2014 Stormont House Agreement (SHA). There is very little similarity between the two. Our remit related to reflecting on events of a century ago, the history of which is largely well-known, if still containing some gaps which hopefully can be filled to an extent by the archival releases which we advocated.

The idea for an official history of the Troubles has closer similarities with John W. Blake’s Northern Ireland and the Second World War, commissioned after the end of the war in 1945 and eventually published in 1956, or the wider UK’s 85-volume History of the Second World War, commissioned during the 1940s and published by Her Majesty’s Stationery Office at intervals spanning the 1950s to the 1990s, sub-divided into series on the military and civil aspects of the conflict as well as thematic sections on foreign policy, intelligence and medicine. Yet, an official history of a regular conflict written from the perspective of a victor is unlikely to serve as a model for that of an irregular conflict, contained largely within the borders of a single nation state, from which no clear winner has emerged.

A significant difficulty in establishing an official history of the Troubles will be finding scholars to take part in it. Most experts in the area will understandably be wary of association with a government-sponsored project. At the very least they will require clear terms of reference, into which they should have significant input, and absolute commitments of non-interference from political circles. Even then, there are no guarantees that a project established by one government will be continued by successive governments which might have very different views on the merits of the project, whether ideologically, fiscally or otherwise.

Writing history effectively requires access to the archival record. A very substantial volume of primary source material already exists in archives such as the National Archives of the United Kingdom and of Ireland, and the Public Record Office of Northern Ireland, as well as in the private archives of political leaders (e.g. the Thatcher Foundation). Media coverage of annual releases of state papers, now at a remove of only twenty years since the events, are evidence of the ample volume of material available to scholars of the Troubles. Nevertheless, doubts remain that an official history of the period would be given access to the full public record. Some archives will remain closed under legislative and data protection provisions which prohibit their release while the subjects mentioned therein remain alive.

Irrespective of these restrictions, there remains a reluctance in the UK to release sensitive documents even after the lapse of a significant period of time since the events in question; for example, a British Home Office file (HO 317/38), entitled ‘Activities of named paid informants against Irish secret societies’, and covering the years 1892 to 1910 remains closed to public access. An appeal to the UK’s Information Commissioner in 2015 to seek its release was rejected by a majority decision on the grounds that its release could damage the UK’s ability to recruit and retain informants in future. The closed status of the file will not be reviewed again until 2027, but in the meantime this precedent bodes ill for the transparency of an official history of the Troubles. The success of public enquiries, in particular that into the 1989 Hillsborough Stadium disaster, relied on full access to documents. That is highly unlikely to be the case with the Northern Ireland Troubles, either in the immediate term or for some considerable time to come, if ever.

In spite of these considerable challenges to dealing with the legacy of the Troubles through a history of the conflict, a clear mechanism exists through which the British government can channel the funds to achieve this end. Simply, funding to undertake research on various aspects of the conflict could be made available through UK Research and Innovation (UKRI), the umbrella body for UK research councils and the principal conduit through which the government funds research in the universities. This was the mechanism used to commemorate the recent centenary of the First World War. Funding made available by the Arts and Humanities Research Council, in conjunction with the Heritage Lottery Fund, led to the establishment of five First World War engagement centres based in UK universities (including one based here at Queen’s University).

Making funding for research on the Troubles available through UKRI has a number of clear benefits. The first and most obvious is enabling a fulfilment of the legacy commitments of the SHA. Channelling funding through UKRI will allow the impetus for the research to be generated by the experts in the field who are best placed to identify the research questions, methodologies and sources that should underpin their projects, rather than direction being imposed from above. Scholars who might otherwise be justifiably wary of association with an ‘official’ project are likely to be more willing to apply for funding through such a route. Crucially, it will create a level of distance to avoid the taint of government interference or censorship, which will protect the reputation of both government and scholars.

Research proposals submitted in this way are subject to rigorous peer-review, which will guarantee high standards in research, ethics and data protection and management. A guarantee of funding being delivered in this way will protect scholars who have invested their time and energy from the vicissitudes of changes of government should successive governments be less keen on the idea. Research projects established under such a scheme would offer important career development opportunities for early career scholars. The potential for collaboration between UKRI and the Irish Research Council, for which there is precedent, could also be explored.

While the discipline of History is likely to be central to any project exploring the Troubles, it should not be the sole focus. Another benefit of channelling funding through UKRI is the opportunity for a multi-disciplinary approach, that can encompass Humanities, Social Sciences and Sciences. In the same way that ‘medicine’ was a theme of the official history of the Second World War mentioned above, the physical and psychological effects of the Troubles on the health of participants, victims, and their descendants, will be central to a rounded understanding of the conflict.

If there is such an obvious existing route to addressing the history of the Troubles through academic research, why has it not yet been established or even debated to any great length? From a government perspective there is one clear disadvantage to the suggestion – the loss of control. The initiative for what would be studied and the final editorial control would rest solely with the research teams.

The aims of an official history of the Troubles are not clear. Whether it is a genuine effort to uncover as much of the past as possible, or an exercise in controlling the narrative, remains to be seen.