Guest contributor Carlo J.V. Caro looks at the plight of Christians in Syria and asks whether Christian refugees should be treated differently. 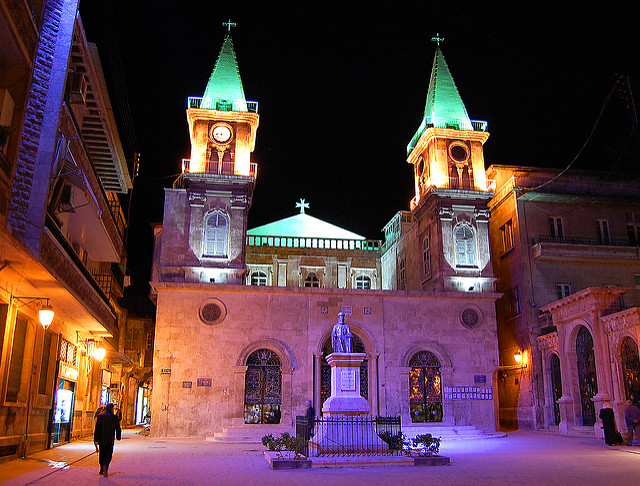 I was raised a Roman Catholic and yet I decided to write this not because of my faith but rather because it seemed logical for me to do so. I have lived in three different continents, and as a result I have been immersed in different cultures and with people from all kinds of national origins. This has taught me to tolerate other religions or traditions, that might seem strange to others, while appreciating the diversity and richness of humanity and human nature. And yet I feel a duty to focus on Christians in Syria, not because they are Christians like I am, but because the context of their situation makes me want to raise my voice for them.

Despite my personal views on President Trump, I do not agree with the temporary ban on citizens from 7 nations of the Islamic World, nor do I believe it is a productive counter-terrorism strategy. It was also poorly planned and executed.

However, I disagree with criticism against President Trump for prioritizing Christian refugees. I disagree with the argument that refugees should be treated the same, and it was wrong to give priority to this religious group. In fact and in a way, the spirit of “Black Lives Matter” actually applies to the “Lives of Christians” in Syria.

As someone who has been studying security problems in the Middle East since 2014, it is clear that it is necessary to prioritise Christians and other oppressed minorities like Yazidis for example. My argument stems from the fact that they lack protection, recognition and funding.

The war in Syria is sectarian (even if there is a high degree of intra-ethnic violence) and so a few years ago the Vice Minister of Justice of Kuwait openly called on people in his country to support Jihad in Syria. But by doing so he was calling on Sunnis to support and fight for Sunnis there. Iran has supported the Alawite regime of Assad which is Shia, and Shiite militias like Hezbollah support and claim to protect Shia populations in that country.

Now the vast majority of militant groups in the opposition are Sunni and while they coerce the Sunni population, which makes up the majority of the country, and they enforce their own literalist interpretation of religion on them (especially the Islamists) they do not look upon the population as infidels, and they claim that they are there to defend them.

Despite the diverse motivations driving people to join militant groups, one cannot ignore the religious narratives of the conflict and why a foreigner would travel hundreds of miles, claiming he is there to prevent another Battle of Karbala; or to defend the tomb of a Shia saint; or to fight for a village of Sunnis facing extermination from Shiite regime forces (even if Assad’s Syrian Arab Army is primarily Sunni).

And so Iran funds the Shiite militias, the Gulf monarchies fund Sunni groups (from the Free Syrian Army to al-Nusra to Ahrar al Sham), the U.S funds a variety of different groups, but who helps the Christians outside Syria?

The disappointing but real answer is that no external force actually provides them adequate help. Even the Kurds who are said to have no friends but the mountains, are helped by the U.S. The Christians in Syria, unlike those in Lebanon, have failed to form sophisticated militias, and those outside regime control have had no one to depend on.

This is made all the worse when their only alternative is then to join regime forces, and they are accused of being part of the “Shabiha”; thugs of Assad. While Assad’s Syria was always secular and in it he respected their rights, it is not true that Christians are blind followers of the regime. The problem is that in such conditions, when they have no allies, and when mountains do not even offer them shelter, then there is no other alternative.

After the start of the “Syrian Revolution”, Christians quickly began to see their place in society disappear. With the rise of ISIS, and the influx of other Islamist groups that had unlimited budgets from oil-rich nations and were therefore able to dominate both battlefield alliances and the governance of population centers, then Christians living outside regime control saw their rights, properties, and possessions taken away.

While Christians are part of People of the Book, you cannot expect armed groups full of thugs with AK-47s to be religious scholars. Other Christians who happened to be more fortunate were forced to pay protection taxes by many of the armed groups or forced to renounce their religion and convert. Those who did not renounce their religion were executed. Women were raped or sold into slavery.

This is not to say that atrocities are not committed against Sunnis or Shiites but they have had many more power structures to depend upon for their defense.

The U.S accepted 12,587 refugees from Syria in 2016 and only 0.5 percent were Christians. Of course in a country that is overwhelmingly Sunni then there will be more Muslims displaced and seeking refuge than Christians which represent around 5.2 to 10 percent of the population, depending on estimates.

But this is beside the point: the importance here is that Christians in Syria who fell prey to chaos and anarchy since 2011 have not had thousands of strong armed men traveling from abroad claiming to defend them or nations prepared to risk their own national security or a geopolitical confrontation for their sake.

Alas, it’s not 1827 or 1860 anymore when the European powers intervened to protect Greek Christians and then Maronite Christians in the Ottoman Empire. And neither do I call for such actions.

The featured image of a Christian Church in Aleppo has been used courtesy of a Creative Commons licence.

Carlo J.V. Caro has a master's degree in Security Studies with a focus on counter-terrorism from Northeastern University in Boston. He is graduate student at Columbia University in New York where he concentrates on U.S foreign policy in the Middle East.