Countering the normalization of the violent German Far Right: Heinrich XIII and the threat by anti-democratic Reichsbürger (Reich Citizens)

The recent arrest of leading Reichsbürger Heinrich XIII gives some indication of how far the normalization of irrational points of view and extremist perspectives might have come in 21st century Germany says Dr Ulrike M Vieten. 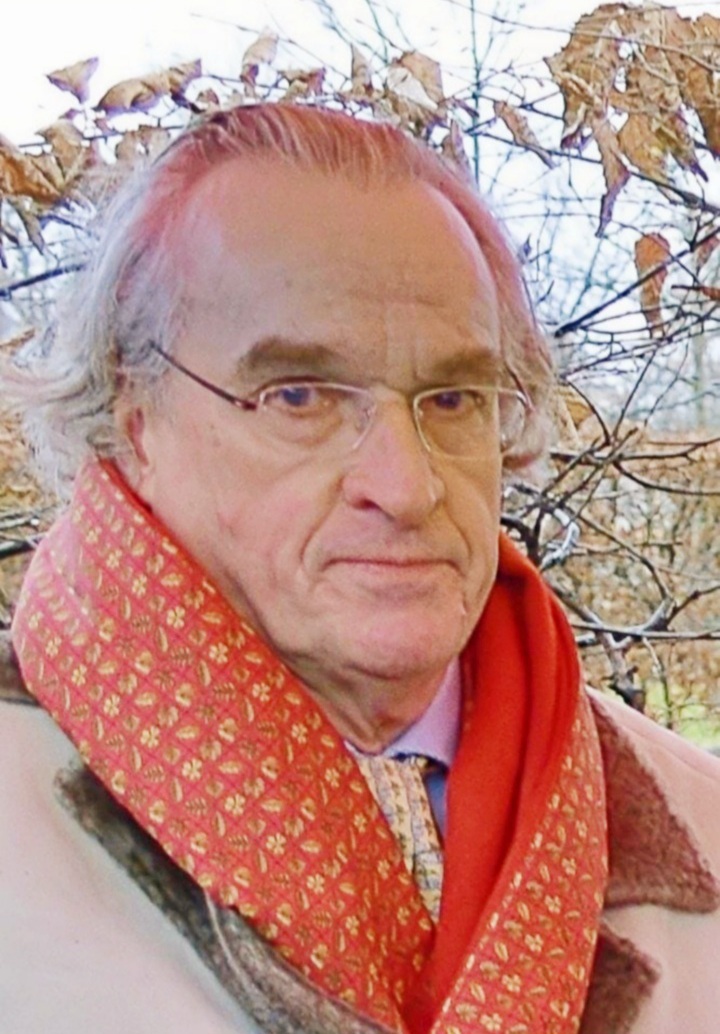 On 7 December 2020, the German Bundesanwaltschaft (Federal Public Persecutor General), and executed by 3000 policemen and policewomen including the anti-terrorist unit GSG 9, arrested a leading Reichsbürger with the name Heinrich XIII. Some people might have thought this is a cover name to mock nobility. But no, hang on, it turned out Prince of Reuss is a descendent of German aristocracy, indeed, and a head of the extremist far-right group Reichsbürger.

The claim is in the name: Reichsbürger reject the democratic constitution and statehood of the Republic of Germany, driven by a supremist sense of what the German Reich meant to the world. Allegedly, Heinrich and his neo-fascist mates plotted to overthrow the democratic state.

Following the systematic raid, 25 suspects were arrested including an ex-Member of the German Parliament (Bundestag) of the extremist far-right party Alternative Für Deutschland (AfD- Alternative for Germany), Birgit-Malsack-Winkeman. When out of her job in parliament she had returned to office as a judge (Landgericht Berlin). Similarly worrying, a number of soldiers and policemen were among those detained and the linkage to militaristic logistics and weapons might have triggered the decision of German law makers to intervene right now. The plot of a coup d’état – surreal as it sounds – gives some indication of how far the normalization of irrational points of view and extremist perspectives might have come in 21st century Germany, triggered further by the pandemic years (Vieten, 2020).

Back in April and October this year, four men and one woman were detained by the Bundesanwaltschaft. The terrorist cell had plotted to kidnap the current Federal Minister of Health, Professor Dr Carl Lauterbach. The alleged abductors were connected to the Reichsbürger and the Anti-Covid-protest movement milieus. Yet before, in June 2019, the Christian Democrat, Walter Lübcke, who was outspoken in his support for refugees and immigrants was shot in the head by a neo- Nazi. The murderer of Lübcke was sentenced to life in prison, in January 2021.

On the background of these developments the German state authorities were alarmed, it seems, by the high level of the Reichsbürger operational structures and readiness to use violence (organisierte Gewaltbereitschaft). Terrorism we call it.

The social-economic spectrum of the imprisoned Reichsbürger hints at a middle-class milieu that established itself over the last ten years, and mushroomed during the pandemic as a breeding ground for nurturing conspiracy theorists, Islamophobics, Anti-Semitics, anti-Covid-19 protesters and neo-fascist Reichsbürger; the latter willing to use weapons against Others.

In 2020, when anti-Covid-19 and anti-vaccination protests on the streets were in full swing, I warned that ‘demonstrations initiated by Querdenken 711 and Widerstand 2020 (…) provide a shared platform, which has been co-opted by the AfD, “Reichsbürger” (Citizens of the Reich), and other neo-fascist groups.’ (Vieten, 2020: 10)

Estimates of the current number of Reichsbürger(innen) are about 25,000 members – but there might be a grey zone as we do not know how many citizens are sympathetic to the (violent) goals of this group. During the pandemic and since 2020,

“The blurred boundaries between mainstream anti-vaccination protest and neo-Nazi and fascist presence, e. g. the Proud Boys, at demonstrations mean that extremists take stock of the civil unrest and intend to shift what is called the ‘Overton window’ (Manavis 2020). This eponymous concept of policy analysis denotes the range of public policies that is acceptable to the ‘mainstream’ in any conjuncture”. (Vieten & Poynting, 2022: 81)

We could say the state authorities’ strategy in 2022 has changed impressively, and is very different to what used to be their approach to extremist far right violence. We see a serious willingness to tackle the advancement of the extremist far right; in the aftermath of the December arrests Nancy Faeser (Federal Interior Minister/ Home Secretary) announced that there will be tougher laws with respect to the possession of guns, and politicians were talking about ‘drying out the brown sump’. The colour ‘brown’ is referring to the historical Nazi/SS uniforms.

We could argue that it makes a difference that the current coalition in governance is led by the Green party, the Social Democrats and the Liberal Party. However, the question remains whether these measures are appropriate tools to undermine the normalization of racist and misogynist extremist views across society, which are embedded in long-lasting institutional racism and anti-left ideological positions at the core of the state. For a very long time, terrorism of the far right rather used to be ignored or played down by state power and its institutions.

In a series of murders between 2000 and 2007, the Neo-Nazi terrorist cell, National Socialist Underground (NSU) murdered first, eight Turkish and one Greek man. However, the fact that these murderers were Neo-Nazis only was discovered and taken seriously when the Nazi terrorists shot dead a German policewoman. The court case against the NSU member, Beate Zschaepe, lasted many years and ended in 2018. The two other male members of the NSU cell committed suicide before they could be brought to justice.

Going back even further, in the years following the German unification of 1989 there was a series of hate attacks and racist murders targeting long-settled Turkish minorities. Women and children died in arson attacks on homes in West Germany, in Solingen, for example, leaving communities traumatised. (Vieten,2014; 2016) In Hoyerswerda, an East German town, Vietnamese and African workers were attacked. In 1993, and at the height of this wave of xenophobic and racist attacks the conservative government’s response involved initiating a legal change to the German constitution, Art 16 GG, which had guaranteed a subjective and an individual right to asylum. This right was abandoned, though with the agreement of other parliamentarians. In Germany it needs a 2/3 majority in parliament to change constitutional articles.

Further, Germany had been confronted with Islamic State extremists killing people in public spaces, such as the 2016 terror attack on people visiting the Berlin Christmas market leaving 12 people dead and 50 injured.

But when trying to understand the emergence of the new threat of far-right extremism and the state’s response we have to go back and reflect on the state’s reaction to radical left extremism, in the past.

The German Herbst of 1977 seems far away, when the Federal Republic of Germany (BRD) battled the organised extremist and violent radical left, the Red Army Faction, the Baader-Meinhof group spearheading a weaponised anti-imperialist fight in the early days, and lasting until the late 1980s. It seems forgotten that the ‘well-fortified democracy’ created a ‘Radikalen Erlass’ (Decree against Radicals) in 1972, where teachers, for example, who wanted to be sworn in as Beamte (public civil servants) had to demonstrate their allegiance to the German constitution. Though this decree was contested from the start, the last German federal land ending the practice of regular checks on applicants for public offices (Regelabfrage/ rule query) was Bavaria, and in 1991. Predominantly, those classified as radical were from the radical left losing jobs or having no chance to get into the job. Already in the 1990s, the criminal defence lawyer and writer, Heinrich Hannover (1999), analysed the German judicial system for its failure to tackle post World War II Nazism, and argued that the justice system is carrying on with ‘blind sight to the right’.

Though it is a move in the right direction when the German state wakes up now to the new threat from the extremist far right, we have to keep in mind that racist far right extremists attacked vulnerable migrants first, and only recently individuals, associated with the state order, as such. Only now the German republic seems to realise for example that 1/ 4 members of the Reichsbürger are citizens, living in Bavaria and that a high number of them are connected to military (soldiers and police). The high level of normalized extremist views within institutions and at the core of society should be on the agenda, accordingly.

What Scott Poynting and I call ‘normalization’ or respectabilisation of the far-right captures those gradual processes where racist views have been made ‘salonfähig’ (respectable) to larger sections of the society. What we problematise in our book ‘Normalization of the Global Far Right: Pandemic Disruption?’ (2022) are everyday processes of normalizing white supremist and gender toxic entitlements of majority populations in different countries. Racist views gained momentum in extremist populist parties also reflecting the rise of chauvinistic entitlement opinions by some sections of voters. Partly, the rhetoric of the contemporary far-right recycles the vocabulary of the historical German National Socialism, Anti-Semitism and racist colonialism (such as ‘Umvolkung’ – the great replacement) while adapting late modern and liberal gender discourses, schmoosing liberal gender equality demands. The new Italian Prime Minister, Giorgia Meloni, crowned by an alliance of far-right parties, as well as the prominent far-right contender for the next French presidential election, Marine Le Pen, embody what we mean by that.

The pandemic did not fundamentally disrupt these processes of normalization but added new layers of conspiracy theories, evolving in speed on social media and going global. By now, the extremist and violent far right is acting transnationally, and seems to be only tamed temporarily while using the legal and nation state repertoire. In everyday life, the normalization of far right hate speech and acts looks casual and seems to be part of a ‘used to be consumerism’, fetichising the right to humiliate minority difference.

Back in 2010, the Social Democratic politician Thilo Sarrazin’s racist views were made respectable: Sarrazin got prime time appearances on mainstream media, when his book ‘Deutschland schafft sich ab’ (Germany abolishes itself) was published. The trajectory of his argument was to blame Turkish Muslims for their lack of assimilation efforts and on purpose living on welfare, he was envisioning that Germany would become a Muslim country eventually if immigration was not stopped. His book became a bestseller with 1.3 million copies sold in the seventh edition, in 2012. (Vieten, 2014)

Years later, and during a visit to Berlin in 2021, I  spotted Sarrazin’s latest book ‘Der Staat an seinen Grenzen’ (The State at Limit) in a book shop at a busy underground station. 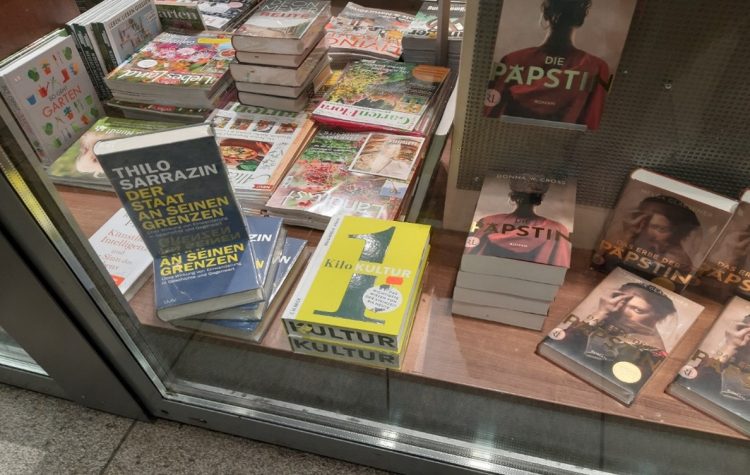 Dr Ulrike M Vieten is a Lecturer in Sociology at Queen's University Belfast who has been investigating the normalisation of racism and far-right populism for more than 10 years. Her latest book is entitled "Normalization of the Global Far Right: Pandemic Disruption?" co-authored with Prof Scott Poynting and published by Emerald Publishing Ltd.