The COVID-19 Pandemic and the European Court of Human Rights

Dr Ronagh McQuigg looks at some of the human rights claims that the European Court of Human Rights has dealt with in the context of the pandemic. 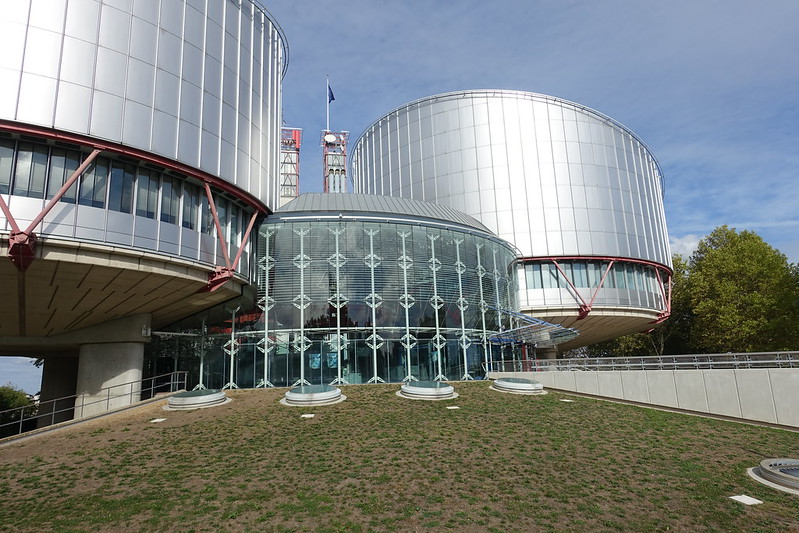 The COVID-19 pandemic has created a multitude of challenges, not least for human rights law. The application of human rights standards frequently involves a balancing exercise, and nowhere is this more evident than with the application of the provisions of the European Convention on Human Rights in this area. Human rights claims in the context of the pandemic largely fall into two categories – those based on arguments that states did not put in place sufficient measures to protect individuals from the virus; and those entailing arguments that the measures put in place themselves involved breaches of rights. To date, the European Court of Human Rights has issued full judgments in three cases in this area.

The COVID-19 Pandemic and Human Rights

From a human rights perspective, it could be argued that the implementation of restrictive measures such as lockdowns was necessary in order for states to comply with their positive duties to protect the right to life as found in Article 2 of the European Convention on Human Rights and also the right to be free from torture and inhuman or degrading treatment as contained in Article 3. As was stated in a toolkit for member states on “Respecting democracy, rule of law and human rights in the framework of the COVID-19 sanitary crisis” which was issued by the Council of Europe in April 2020,

responsibility under Articles 2 and 3 of the Convention may be invoked in respect of severely ill patients, people with disabilities or elderly persons… Their exposure to the disease and the extreme level of suffering may be found incompatible with the state’s positive obligations to protect life and prevent ill-treatment.

A number of the Convention rights can be limited in certain circumstances. For example, with regards to the right to respect for private and family life under Article 8(1), Article 8(2) states that,

for a range of reasons including “the protection of health”. Similarly, the rights contained in Articles 9, 10 and 11 can all be restricted for reasons including protecting health. Issues surrounding the compliance with the Convention of measures adopted by states in response to the pandemic do not therefore hinge on the question of whether rights were restricted, but rather they relate to the question of whether these restrictions were legitimate.

To date, the European Court of Human Rights has issued three full judgments in cases involving state responses to the pandemic. The first of these was Feilazoo v Malta, the judgment in which was issued on 11 March 2021. This case related to the conditions of the applicant’s immigration detention, including a period of time during which he had been placed with newly arrived asylum seekers in COVID-19 quarantine. There was no indication that such quarantine had been necessary for the applicant himself, and so the Court held that placing him for several weeks with other persons who could have posed a risk to his health constituted a breach of Article 3.

In Fenech v Malta, the judgment in which was issued on 1 March 2022, the applicant argued that there had been violations of Articles 2 and 3 on the grounds that insufficient measures had been taken to protect him from contracting COVID-19 whilst in custody, particularly as he had only one kidney. In rejecting the complaint under Article 2, the Court noted that the applicant had no other underlying health conditions, and that it could not therefore speculate on the question of whether his condition in the event of him contracting the virus would be of a life-threatening nature which would attract the applicability of this provision. As regards the alleged breach of Article 3, the Court stated that the authorities were under an obligation to put in place preventive measures against COVID-19. However, the Court noted that regular temperature checking took place of inmates and officials; social distancing was possible; regular cleaning and use of hand sanitiser was in place; and new detainees were subject to COVID-19 tests. Also, all inmates had been offered vaccination by April 2021. The Court was therefore of the view that the authorities had put in place sufficient measures to prevent and limit the spread of the virus, and that there had thus been no violation of Article 3.

The third full judgment of the European Court relating to circumstances surrounding the COVID-19 pandemic was issued on 15 March 2022 in Communauté Genevoise D’Action Syndicale (CGAS) v Switzerland. The applicant in this case was an association with the aim of defending the interests of workers and of its member organisations, particularly as regards trade union and democratic freedoms.  The association usually organised various events each year in the Canton of Geneva.  However, due to an ordinance enacted by the Federal Council in response to the pandemic, public and private events were prohibited as from 16 March 2020. Failing to comply could have resulted in a fine or a custodial sentence of up to three years. The rule was relaxed in May 2020 to permit gatherings of up to 30 participants. In June 2020 the ban on public events was lifted, although events involving more than 1,000 participants remained prohibited until August 2020. The applicant had had to cancel a rally which had been planned for 1 May 2020. The prohibition of public gatherings certainly constituted a restriction on the applicant’s right to freedom of assembly under Article 11 of the Convention, but the question for the Court was whether this interference was justified on the grounds of protecting health and the rights and freedoms of others.

In its judgment, the Court noted the positive duty on the part of the state to protect the lives and health of its citizens. However the Court was of the view that the outright prohibition of a particular type of conduct was a drastic measure which required strong reasons to justify it, and no scrutiny had been carried out by the domestic courts. The Court stated that the penalties for failure to comply were very severe and were liable to have a chilling effect on potential participants, and that the ban was of a significant length. The Court was thus of the view that the state had gone beyond the discretion, or margin of appreciation, that was afforded to it and that there had therefore been a violation of Article 11.

Unlike the decisions in Feilazoo and Fenech, the Court’s decision in CGAS was not however unanimous.  The three dissenting judges in the case pointed to a judgment of the Grand Chamber of the European Court of Human Rights in Vavřička and Others v Czech Republic, in which the Grand Chamber had stated that in principle matters of public health fall within the margin of appreciation of states.

Although Vavřička did not relate to the pandemic, it was held in this case that imposing fines on parents and excluding children from preschool due to refusal to comply with a statutory child vaccination duty fell within the state’s margin of appreciation and therefore did not violate Article 8, Article 9 or the right to education under Article 2 of Protocol No. 1. The measure in question in Vavřička was arguably more intrusive than that which was at issue in CGAS, and the dissenting judges in the latter saw no reason why a limitation of Article 11 would not fall within the same margin of appreciation. In addition, the dissenting judges noted a decision of 18 August 2020 of the administrative chamber of the Court of Justice of the Canton of Geneva in which it was held that the ordinance in question did not violate a higher standard. Although this judgment was delivered after the date on which the applicant’s planned rally had been due to take place, the dissenting judges were of the view that the onus falls on the organiser of an event to request authorisation in enough time to allow a reasoned decision to be made and, in the event of refusal, for the courts to examine any appeal without undue time pressure. The dissenting judges stated that the applicant could have informed the authorities of its intention to hold a rally on 1 May 2020 well before this date, therefore allowing for a decision to be made in good time and for a national court to rule on the compatibility of the decision with the provisions of the Convention.

It seems that the opinion of the dissenting judges has much to commend it. It has been established by the European Court of Human Rights in cases such as Dickson v the United Kingdom that where there is no consensus among states, a wider margin of appreciation should be afforded. The measure in question in CGAS seems to have been very much in line with measures imposed by many other states within Europe and beyond; and it appears that the large majority of individuals within the general population as a whole were in support of the restrictive measures which were put in place by states in response to the pandemic. It is thus arguable that any consensus was actually in favour of the type of measure in question in CGAS. For example, during April 2020, almost half of the world’s population were in lockdown. By contrast, the measure at issue in Vavřička was regarded as falling within the state’s margin of appreciation, even though it was not of a type that is widely applied among states.

Also, although the Court was of the view that the ban on public events was in place for a significant length of time, it is arguable that the period in question was actually very short, particularly in the context of a pandemic which has now been continuing for in excess of two years. After around only two months of the ban being put in place, gatherings of up to 30 people were permitted; and the ban was then lifted the following month for events involving up to 1,000 participants. Arguably the measure thus constituted a proportionate response to an emergency, and one which was relaxed in stages as soon as was permitted by the public health crisis. Moreover, although the Court was of the view that the penalties for failing to comply with the prohibition on public events were likely to have a chilling effect on potential participants, the very purpose of having penalties was to deter participation and it was thus necessary for such penalties to be sufficiently strong in order to do so.

Looking to the Future

It has always been accepted that the application of human rights standards often involves a balancing exercise, as is apparent with the application of the European Convention on Human Rights in the context of the pandemic. However, the finding of a violation of Article 11 in CGAS could potentially open the floodgates to a large number of cases coming before the European Court involving similar measures in many other states. Whilst the floodgates argument in itself is not a sufficient reason to refrain from finding a breach of the Convention, the difficulty is that if the concept of a human rights violation is defined too broadly, this dilutes the seriousness of such a breach. It is arguable that in the interests of preserving the legitimacy of human rights law, the Court must strike the correct balance between holding states to account for clear breaches of the Convention; but also being cautious of finding violations in cases involving public restrictions which were applied for the purpose of protecting life and health during a global pandemic at a time when vaccines had yet to become available.