Following a recent report by the Environment Audit Committee into the impact on the UK environment of leaving the EU, Dr Viviane Gravey highlights how we can judge just how eco-friendly a Brexit is really likely to be. 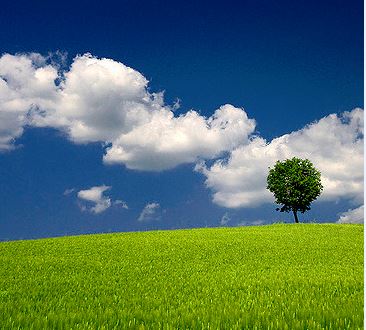 Brexit risks harming the UK’s environment unless the government passes stiff new legislation before it triggers Article 50. That’s the conclusion of a major new report by the Environment Audit Committee, a cross-bench group of 16 MPs.

In the run-up to the referendum, most experts were very worried about the environmental impact of Brexit and, since the vote, some of these concerns have been confirmed – think, for example, of Michael Gove and John Whittingdale inviting companies to draw a wish list for a bonfire of EU social and environmental legislation. On the other hand, some environmental NGOs have launched a campaign to achieve a “Greener UK” after the vote, seizing Brexit as an opportunity to increase, not decrease, environmental ambition.

So, which way is Britain going to go? This depends on whether Theresa May’s government uses the Brexit negotiation to actually deliver on its manifesto commitment to “be the first generation to leave the environment in a better state than it found it”.

As with anything Brexit-related, a “green Brexit” is full of uncertainties, and faces both technical and political difficulties. However the audit committee’s report can help us draw “green lines” on which to judge how eco-friendly Brexit is really likely to be.

Long before the referendum, the government started working on two parallel 25-year plans for the environment and agriculture/food. But progress has been slow, and consultation on this flagship policy has still not started. As with Brexit more generally, clear environmental goals have been promised but not yet delivered.

The absence of clarity on what the government is trying to achieve for farming and the environment makes it difficult to ensure these unknown objectives are not inadvertently thwarted during the Brexit negotiations.

A first Brexit green line, then, is that negotiating objectives should be, as much as possible, aligned with the 25-year plans. The MPs’ report suggests the basic framework and consultation on both plans should take place before the government officially starts negotiating to leave the EU. This would ensure any conflicts between the two plans and the Brexit negotiation brief are considered and hopefully mitigated.

The prime minister has called for a “Great Repeal Bill” to transfer to UK law all applicable EU law and ensure a smooth transition. But copy-pasting legislation is not so straightforward: the environment secretary, Andrea Leadsom, told the environmental committee that, of the 800 or more pieces of European environmental legislation, up to a third would not be automatically carried over. What is striking in the committee’s report is how little is known about what these gaps actually are, and which policy areas are particularly at risk.

A second green line for Brexit would be to identify these gaps as soon as possible and make sure they are effectively plugged by the time the UK leaves the EU. To do this, the committee suggests that “any provisions which cannot be transposed into UK law should form the basis of a new Environmental Protection Act”.

3. Coordinate across the UK

May’s government is working on a Brexit deal for the “whole UK”, but environmental policy is a devolved area. While there are of course EU-wide rules, they’re implemented slightly differently in England, Wales, Northern Ireland and Scotland. Common rules limit regulatory divergence, although it still exists: for example, Northern Ireland, Wales and Scotland have banned their farmers from growing genetically modified crops but England has not.

The Great Repeal Bill therefore risks fuelling constitutional tensions within the UK. Establishing UK-wide rules, such as minimum pollution standards, would see Westminster taking back control from the devolved administrations, and not just from Europe. It would be politically difficult – indeed the Scottish government is clearly opposed to it – but may be, to some extent, environmentally necessary.

A third green line for Brexit would thus be to achieve both minimum standards throughout the UK and to respect devolved administration’s competences to adopt more ambitious and innovative policies.

Coordination will not only be needed between devolved and central administration, but within central administration itself. How the UK answers the two central Brexit questions – in or out of the single market? In or out of the customs union? – will have major impacts on the environment. Notably, if the UK opts for a hard Brexit (out of both single market and customs union) and is to negotiate its own trade deals, environmental standards could be at risk. Just think of the Europe-wide mobilisation against the EU-US trade deal TTIP on this very basis.

A fourth green line for Brexit is that the UK environment should not lose out from these new deals. The committee asks that “the government should guarantee that it will not trade away environmental protections, animal welfare and food safety standards, as part of the negotiations to leave, or as part of future trade deals”.

These four green lines will allow us to gauge the Brexit negotiation from an environmental perspective. A first test will be in how the government responds to the Environment Audit Committee’s report. But the key test will be the UK’s official negotiation position and whether it makes any mention of the environment.