EU Commissioner on effect of Brexit on Irish Agriculture: North and South

A packed house gathered recently at the Gibson Institute for Land, Food and Environment at Queen's University to listen to EU Commissioner Phil Hogan deliver this year's Gibson Lecture on Irish Agriculture and Brexit. 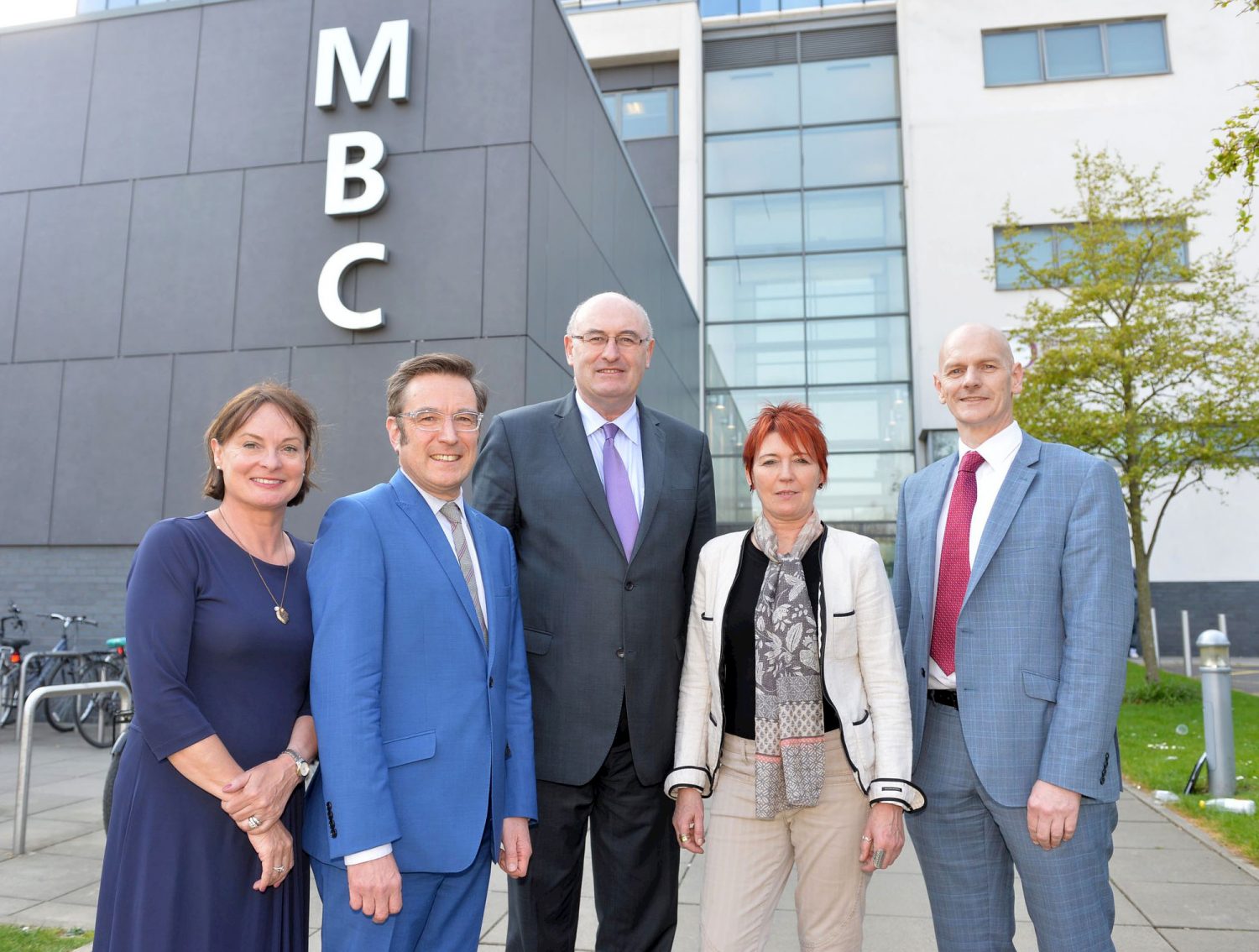 An audience of over 200 academics, agri-food specialists and scientists, farmers, rural development representatives, government departments and politicians gathered at Queen’s University Belfast on Europe Day, the 9th May, to listen to the EU Commissioner for Agriculture and Rural Development, Mr Phil Hogan, deliver this year’s Gibson Lecture. The Minister of State Ben Wallis MP was present and spoke afterwards at the dinner hosted by The Gibson Trust.

Entitled “Effect of Brexit on Irish Agriculture: North and South,” the Commissioner began his lecture by emphasising the importance of the work of research centres such as the Gibson Institute at Queen’s University as:

“research, development and innovation are more vital than ever, due to the acceleration in global population growth, the changing nature of consumer demands, and the threats posed by climate change.”

Commissioner Hogan went on to highlight how the EU is responding to these challenges by increasing the overall EU budget from €50 billion to €80 billion for research and innovation up to 2020 and by aligning Horizon 2020 more closely with the Common Agriculture Policy (CAP) via support under the Rural Development Programme and a concept called “EIP-AGRI“. The EIP-AGRI network will share and disseminate research and innovation knowledge across the 28 EU Member States with a budget of €1.6bn for 2014-2020. The Northern Ireland Rural Development Programme aims to support 49 EIP projects under this priority.

According to Commissioner Hogan, the challenge before us in the 21st Century is to build sustainable food security for the citizens of Northern Ireland, the EU and the rest of the world. He went on to state that he believes that the Common Agricultural Policy remains the best hope to collectively rise to this challenge.

Commissioner Hogan pointed out that the agri-food sector in Northern Ireland produces a quarter of all manufactured goods in the region. As a result, farmers and agri-businesses are now at the epicentre of Northern Ireland’s growth and job creation potential.

The Brexit Debate and Agriculture

It was at this point of the evening that the Commissioner referenced the “monumental” referendum on the UK’s membership of the EU. As he pointed out, he was not advising anyone how to vote. His contribution was to present the facts regarding the EU’s relationship with Northern Ireland, particularly as regards agriculture and rural development and how Northern Ireland farmers benefit from EU membership.

As regards the Brexit debate, he stated that while agriculture has not featured heavily in referendum debates in London, it is of critical importance to the debate here in Northern Ireland for the following reasons:

The Commissioner also posed the following questions regarding aspects of free movement in the case of a Brexit:

Commissioner Hogan concluded the lecture by highlighting the role the EU has played in helping the peace process in Northern Ireland. He said that thanks to the PEACE programmes and the Structural Funds packages, European funding has helped communities of different traditions to come together and increase their understanding and appreciation of one another’s positions, traditions and history…

He also admitted that the CAP is not perfect but it is now more in tune with global reality than at any point in its history. It has evolved and for the most part, improved and can be viewed as a triumph of compromise and cooperation.

“There is no comparable agricultural policy scheme on this planet, either existing or hypothetical, than can continue to deliver for the farmers, rural communities and citizens of Northern Ireland better than the CAP.”

The Commissioner, who agreed to take questions from the floor, then spent the next 30 minutes responding to an avalanche of questions and comments, some supportive and some highly critical of the EU and the CAP. Perhaps the most insightful question of the evening was from a leading farmer who asked Commissioner Hogan how he could refer to the CAP as a sustainable agri-food policy when a figure of 87% and rising of farmers’ incomes come from annual payments from the EU. The response that such payments to farmers can be justified by the public goods they provide and the fact that current market returns on food production are so low focuses respectively on major areas of research priorities at The Gibson Institute for Land Food and the Environment and The Global Institute for Food Security at Queen’s University.