Of all the EU’s policies, CAP has always received the worst press in the UK. Dr Viviane Gravey points out that although this EU farming policy may be hated, what comes next may be even worse. 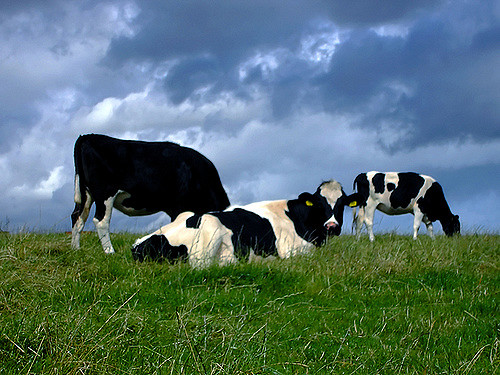 Out of all the EU’s policies, the Common Agricultural Policy has consistently received the worst press in the UK. Politicians and papers of both the left and the right have variously attacked it for being too costly, too restrictive, targeted at the wrong people, or for failing to protect the environment.

Unsurprisingly then, that getting rid of the CAP is overwhelmingly seen as a positive consequence of Brexit. Farming minister George Eustice said it was the “real prize”, Zac Goldsmith called it “a bonanza for the environment”, while a group of leading NGOs including the National Trust and the WWF said leaving the EU provides “an unprecedented opportunity to revitalise our countryside in a way that balances the needs of everyone, for generations to come”.

But delivering on that promise is not going to be easy, as agricultural policy brings together a variety of highly divergent interests. Within the UK, farmers in some regions (like Northern Ireland) or sectors (cereals) are more reliant on public support than others, and thus will have different demands. The entire food industry supply chain has a whole other set of complaints about the CAP, as do consumer and health and environmental organisations. All of the above have different visions for a new agricultural policy after Brexit.

These tensions are laid bare in a new House of Lords EU committee report on Brexit and agriculture. Reading this report, it becomes evident that the government will need to strike a difficult and highly political balance between different interests in three main areas: on the purpose of the policy, on whether agricultural policy is central to the Brexit strategy, and on whether common UK rules are worth unsettling the devolution settlements.

Farmers, consumers, or the environment

Farms cover more than two thirds of the UK and the country grows 61% of its own food. An agricultural policy is therefore also a policy for food and land use.

It’s true that, after Brexit, Britain would be free to pursue a cheap food policy by allowing more meat imports from North and South America, where environmental and welfare standards are lower. But, while this would reduce prices in supermarkets, it would also undermine the UK agricultural sector’s competitiveness.

Farmers facing increased competition may be less inclined to increase their environmental efforts and ask instead for reduced environmental and welfare standards. As the House of Lords points out, it will be extremely difficult

“to reconcile the government’s wish for the UK to become a global leader in free trade with its desire to maintain high quality standards for agri-food products.”

Agriculture in the grand Brexit scheme of things

British farming is too closely linked with Europe to cut ties overnight. About 80% of UK food exports currently go to the EU, and the sector is heavily reliant on EU labour, both permanent and seasonal, both highly skilled (such as vets) and less skilled but highly specialised (such as workers in slaughterhouses or fruit pickers).

This means agriculture is particularly exposed to restrictions on access to the single market and migrant labour. Unless Britain strikes a strong deal with the EU it can expect food exports to be severely reduced, thanks to both high food tariffs under the World Trade Organisation and “non tariff barriers” such as regulations on labelling and rules of origin.

In the Lords report, the Welsh first minister, Carwyn Jones, argued “trade opportunities in food related areas may fall by around 70–90%”. This makes a “no deal” option extremely damaging for agriculture – no wonder the National Farmers Union has called for “business as usual” in terms of access to the EU.

Westminster wants to remain in charge

A constitutional crisis is also brewing: who will be responsible for agricultural policy in the UK? It’s currently a devolved matter. As things stand, the various governments in Wales, Scotland and Northern Ireland, along with the UK government for England, each implement a common EU policy in a different way, based on the types of farming in each of the regions but also diverging political priorities (such as how much funding should be spent on the environment).

What happens after Brexit is far from clear. Most agree some kind of UK framework will be needed – on chemicals or animal welfare for example. But there is a sharp disagreement between the UK government, which says it will reserve itself the right to decide which parts of agricultural policy should remain central and which should be devolved, and the Welsh government (echoed by its Scottish counterpart), which argues all agricultural policies are devolved and common frameworks should be “collectively developed and agreed, based on common consent by all four governments within the UK, and not imposed.”

British critics of the CAP should be careful what they wish for, as replacing it with something better requires a lot of things to fall in place. Any solution will involve finding common ground between consumers, farmers, and the environmental movement. It will require the development of new trading links with the EU and the world, and a rethinking of the inner workings of the UK.

This is a tremendous challenge. And it’s not clear whether the Westminster government and civil service (already overstretched pre-Brexit) will be up to the task.