Four non-papers and a command paper

An overview of UK-EU moves on the Protocol from July to October 2021 by Dr Milena Komarova and Prof Katy Hayward. 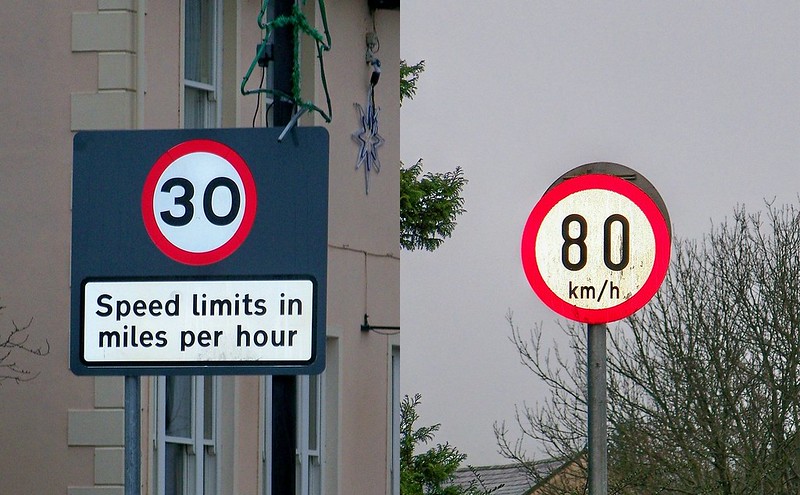 After the ‘series of unfortunate events’ that had characterised the EU-UK relationship since the start of the year, the summer and autumn of 2021 have seen a pattern of moves to attempt to put the Protocol (or a version of it) on a more sustainable footing. It is difficult to escape the sense that the Protocol is keeping the UK and EU in some form of continued bargaining (at times more bad-tempered than others), even though both sides would prefer to have rather less to do with each other at this stage.

The end of June saw the EU ‘put forward a balanced package of measures to address some of the most pressing issues’ related to the implementation of the Ireland/N. Ireland Protocol. This included agreement to the UK’s request to extend the grace period for the GB-NI movement of chilled meats until September 30th, proposed simplification for the movement of medicines and guide dogs GB-NI, and removing the use of insurance green cards for UK drivers in Ireland.

On July 21st, foreshadowing the further turbulence in its relationship with the EU and swiftly drawing the approval of political unionism in Northern Ireland, the UK government issued a command paper titled ‘Northern Ireland Protocol: the way forward’. Asserting that border checks on goods moving from GB to NI had proved unsustainable, the paper effectively demanded a significant redrawing of the Protocol. While declaring that the conditions for invoking Article 16 safeguard measures had been met, it stated that it would for now keep that move in reserve. Instead, it pressed for the removal of goods destined for NI from the Protocol’s scope of customs checks and certification. It further requested that labelled goods conforming to UK rules should be allowed to circulate freely in NI alongside EU-registered products, and that a ‘standstill’ period (including the continuation of existing grace periods), be agreed. The EU’s approach of seeking ‘creative solutions within the framework of the protocol’, reiterated in its same-day response to the ‘Command Paper’, was counter-posed against the UK’s stated demand for an overall renegotiation.

As the Command Paper was being published, the prime minister’s former chief adviser, Dominic Cummings, told the BBC that the Protocol had been a ‘fudge’, and the result of both sides’ wilful and conscious decision to ‘punt difficult questions into the future to figure out later’. Corroborated by similar suggestions by Conservative backbenchers, the claims caused alarm in Dublin, provoking questions over the UK government’s trustworthiness.

Discrepancy between the EU and UK’s imagined paths forward from the Protocol-related impasse was confirmed by Lord Frost’s British-Irish Association speech in early September. In it he asserted that the present difficulties flow from ‘the way [the Protocol] is constructed’, not from a ‘failure’ to implement it’. He concluded that ‘solutions which involve “flexibilities” within the current rules’ will not ‘work’ for the British Government. Instead, the solution preferred by Government was for a new agreement to replace the Protocol, as provided for in Article 13(8). Lord Frost outlined three areas that needed change: the movement of goods into Northern Ireland, the standards for goods within Northern Ireland, and the governance arrangements for regulating this. While envisaging that EU laws can still be valid, ‘within certain circumstances’ in Northern Ireland, these proposals rejected the principle of ‘automatic extraterritorial application of EU law’, with the European Court of Justice (ECJ) acting as an arbiter of last resort.

Later that week the UK government proceeded to again unilaterally extend the grace period on the ban on GB-made chilled meat products which was due to expire at the end of September. The move was welcomed by the DUP NI economy minister Gordon Lyons who had earlier called for such an extension. Not long after, Stormont Agricultural Minister Edwin Poots told his officials to allow indefinitely all pet dogs, cats and ferrets travelling from GB into NI without checks – although the Protocol requires such movement to be accompanied with specified paperwork.

During his visit to Northern Ireland that same week, the European Commission Vice President Maroš Šefčovič told an audience at Queen’s University that both the EU and UK needed to make further compromises on the Protocol. Asserting that ‘removing the Protocol will not solve any issues’, Mr Šefčovič suggested any future EU-UK talks would focus on limiting the disruption in the supply of goods to NI and on enhancing the participation of NI political institutions and stakeholders in the Protocol’s implementation. He was adamant the EU was not prepared to discuss the removal of ECJ’s jurisdiction with respect to Protocol-related disputes.

During Mr Šefčovič’s visit, the DUP leader Sir Jeffrey Donaldson set out his party’s position in a public speech delivered in Belfast. He stated that the Protocol ‘threaten[ed] to provoke the most serious constitutional crisis in Northern Ireland since [its] formation a century ago’ and reiterated Frost’s demand to eliminate the jurisdiction of the ECJ with regards to Northern Ireland. He announced that, until disputes over the Protocol were addressed to their satisfaction, the DUP would immediately withdraw from the north/south structures of Strand II of the Belfast Agreement, save where these concern ‘important health related matters’. The DUP leader also warned his party’s ministers would resign from the Stormont Executive if changes to the Protocol were not made by November.

This came against a background of continued anti-protocol rallies organised by unionist and loyalist organisations. One prominent organiser, Jamie Bryson published a pamphlet arguing that unionism should abandon the Belfast Agreement and called on unionist politicians to ‘embrace loyalism’ in the name of the ‘common cause against the Protocol’ by refusing to implement it. In September, Mr Bryson further warned that the Protocol poses a ‘serious threat to peace and security’ in Northern Ireland, arguing that it amounts to the ‘colonisation’ of the region. Rhetoric was increasingly strong among unionist politicians too. The self-described ‘pragmatic, common sense approach’ of the UUP, which had been ridiculed by former FM Peter Robinson, was escalated during the Autumn. By late September, Doug Beattie joined leaders of the other unionist parties in a common declaration of opposition to the Protocol, stating that it ‘undermines the Belfast/Good Friday Agreement’.

Unionist unease increased with the reports in early October that the value of goods imported from Northern Ireland to the Republic had risen by 77 per cent in the first six months of the year, while exports from the Republic into the North rose 43 per cent. Blasted as ‘diversion of trade’ by the DUP leader, the issue became the focus of a fringe discussion at the Conservative Party conference that month. The policy and advocacy chairman of the Federation of Small Businesses Martin McTague suggested that in this way the Protocol will ‘put pressure on the union inevitably’. Lord Frost reiterated at the same event his view that change to the Protocol was urgently needed.

The day before the EU was due to issue its official response to the UK government demands, Lord Frost went to Lisbon to deliver a speech on the UK-EU relationship. Repeating the demand to remove the role of the ECJ from the Protocol, the content and timing of the speech underlined the strain in the EU-UK relationship. The following day, the European Commission published four ‘non-legislative papers’ outlining proposed bespoke arrangements for addressing the difficulties with the Protocol. The non-papers proposed ‘further flexibilities’ and ‘a different model for the implementation of the Protocol’. Stressing that this movement was a response to what Šefčovič had heard directly from NI stakeholders on his visit in September, the EU was more proactive in communication around its proposals than in the past. Šefčovič wrote an op ed in the Belfast Telegraph, for example, in which he raised the prospect of an 80% reduction on the checks on goods to be consumed in NI. He claimed the EU’s proposal ‘provide[d] a credible way forward to improve the everyday lives of people in Northern Ireland and ensure businesses can run more smoothly, while they continue to benefit from the tangible opportunities the Protocol brings’. A new period of intense UK-EU discussions on the Protocol thus began.

Even as their officials talk, the UK Government and EU Commission continue to clash in public. As October rolled into November, Šefčovič wrote in the Daily Telegraph of his concern that the UK Government actively sought confrontation rather than compromise. Meanwhile, Frost wrote a foreword for a Policy Exchange paper in which he described the EU’s approach to the Protocol as destroying ‘cross-community consent well before the four-year mark’. In the early hours of November 1st, loyalists set a bus on fire in Newtownards in apparent ‘reference to the NI Protocol’.

The urgency of moving from UK-EU arguments over the Protocol towards agreement is ever apparent.