What is the future of environmental governance in Northern Ireland? 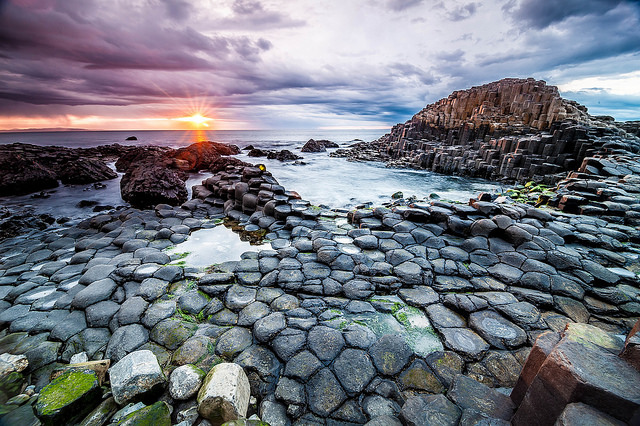 Across the UK, England, Wales and Scotland are all taking actions to address these gaps. The Welsh and Scottish governments are publishing plans to prepare for Brexit and both the Assembly for Wales and the Scottish Parliament are conducting inquiries on how best to address Brexit challenges and seize opportunities. England’s Department for Environment, Food and Rural Affairs (Defra) has similarly put forward proposals on environmental governance (the consultation closed on 2 August). However, due to the collapse of Northern Ireland’s devolved government in January 2017, it has had very minimal equivalent public discussion. Without an operational Executive, Northern Ireland cannot undertake urgently needed reforms, develop policy or push for either its own solutions or tailored versions of English or UK-wide proposals for environmental governance post-Brexit.

Northern Ireland is in a unique situation

Here, we consider the main components of Defra’s proposal on environmental governance from both a general and a Northern Irish perspective.

Compliance and accountability are the main focus of Defra’s proposal. Whilst EU accountability and enforcement mechanisms are by no means perfect, they have, nonetheless, helped to coerce the devolved government in Northern Ireland into compliance in at least some areas, primarily through the threat of infraction fines.

Defra’s proposal raises the possibility of a new watchdog to replace the role of the EU Commission and the Court of Justice, but with limited capacity to take meaningful enforcement action and undetermined independence. For Northern Ireland, this is particularly concerning considering its very poor record of compliance with domestic environmental law, as well as its failure to fulfil its EU environmental obligations.

Defra highlights the role that judicial review can play in ensuring accountability, however this remains a considerably flawed tool in the context of environmental decision making, with the Aarhus Convention Committee finding, in 2014 and 2017, that all parts of the UK have very high financial barriers to access to justice on environmental matters. Greater consideration needs to be given to mechanisms that can ensure effective deterrence and compliance across not only England, but all regions of the UK.

In a consultation, what is omitted can be as important as what is included. Environmental problems cross borders, so governance systems need to be able to do so too. However, consideration of how a new system for England would work with the rest of the UK is completely absent. Addressing cross border issues will be essential, both within and beyond the UK. The experience of Northern Ireland illustrates the darker side of regulatory divergence and the need for co-operation across jurisdictions. It has extensive waste crime, often with a cross border element (waste from Northern Ireland is buried illegally in the Republic of Ireland and vice-versa). And this occurs within common EU frameworks.

Part of the solution may lie in agreeing common regulatory frameworks, ranging from full regulatory alignment to shared principles or objectives, but current proposals from the UK government on where common frameworks may be needed are very light on the environment. Political wrangling, a lack of trust and a focus on trade seem to have stymied the development of environmental frameworks to date. Yet, considering that Northern Ireland already has weaker environmental governance, adopting limited frameworks and encouraging divergence across the UK is likely to hit Northern Ireland’s environment the hardest.

For Northern Ireland, it will be very important to challenge and build upon what has been proposed for England, bearing in mind the unique circumstances it faces and, in particular, the challenges presented by the border with the Republic of Ireland. There is a threat to the environment across the whole island of Ireland if north-south co-operation on environmental policy is not safeguarded.

In their current form, Defra’s proposals are inadequate, for Wales, Scotland and Northern Ireland, and for the UK as a whole. But, if the government fails to engage with the particular difficulties experienced in Northern Ireland, in the absence of a functioning devolved Executive, there is a real risk it will make an already bad situation much worse.

For more on this subject, see the paper ‘The future of environmental governance in Northern Ireland’, by the authors, produced jointly by Brexit & Environment, Queen’s University Belfast, the Environmental Law Implementation Group at the Irish Environmental Network and Newcastle University.