While many social care workers welcomed the weekly #clap4carers ritual and messages of support, there also existed feelings of frustrations around working and employment conditions. Dr Katharine Venter of University of Leicester, Dr Martin McCracken of Ulster University, and Dr Denise Currie of Queen's Management School discuss how social care roles are valued by society. 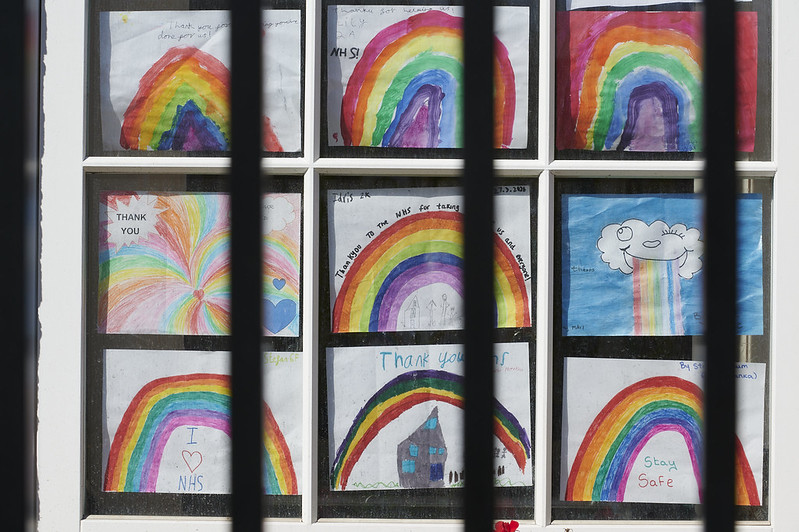 Throughout the coronavirus lockdown we clapped for carers on our door steps, and as a society we stood together to show how much we value the work of all carers during the COVID 19 crisis. Social care workers, in particular, welcomed the weekly ritual and reported that they felt empowered and encouraged by the message of support. However, there also existed feelings of frustrations around the #clapforcarers initiative, particularly as many perceive that the working and employment conditions of social care workers fundamentally contradicts the value and importance of the role they tirelessly perform for society.  For example, most care workers work under precarious contracts with little security around hours and income. They receive poor remuneration, often working for minimum wage. Few receive appropriate training and development opportunities, despite having to care for people with increasingly complex needs. Care work in its various forms can be intense and pressurised, particularly when care workers are required to adhere to strict care plans and other performance measures, whilst also asked to personalise the care they delivered to their many clients. There is increasing evidence that working under such conditions can result in care workers feeling stressed and suffering from burnout. During the COVID 19 crisis, care workers have also had to adapt to the changing conditions and withstand the controversies around available PPE and testing. Yet despite these conditions, we see the continuing devotion of care workers during the crisis, with some even moving into care homes, leaving behind their own families so to avoid risking the spread the virus.

Within this context it unsurprising that social care workers may now question how their roles are actually valued by society – on one hand, their work is labelled as heroic, whilst on the other their work is unrewarded and underappreciated. This scenario has exposed the fundamental contradictions associated with how care workers may experience their work and why, when conditions become seemingly intolerable, they don’t walk away.

Our research, published in Work, Employment and Society helps to shed some light on the experiences of such irreconcilable contradictions within care work. We conducted three in-depth case studies of non-profit care organisations in England and NI, collecting data from focus groups with care workers and interviews with individual managers and directors. What struck us from the emerging data was the ways in which competing contradictory messages seemed to be causing widespread anger and frustration for care workers on the ground. When describing their experiences they told us about the daily predicaments they faced when deciding on how best to administer care for the most vulnerable members of society. Phrases like, “you can’t win” or “you’re damned if you do and damned if you don’t” summed up their feelings regarding their roles as care workers. In an effort to make sense of this scenario for care workers, we developed the concept of the “non-profit double bind” to understand how and why these patterns of experiences were occurring, and why workers tolerated these experiences and did not walk away.

Double Bind theory originated in 1956 from the psychology literature and was used in family therapy to explain the psychological processes used to navigate irreconcilable contradictory messages, usually between a parent and child that left a ‘victim’ unable to discern an appropriate course of action. When the double bind occurred it resulted in negative behavioural outcomes including paranoia, paralysis of action, withdrawal and lack of independent thinking. Originally, it had three conditions:

Crucially in addition, escape from the contradictory situation is prevented by a lack of meta-communication, where other verbal and non-verbal cues help individuals to interpret or make sense of the contradictory messages so they can discern an appropriate course of action.

In one of the organizations we studied (called DomCare to protect anonymity), the double-bind was especially evident. DomCare delivered home care services under contract for the elderly, dependent and for children and their families. Care workers clearly articulated a perspective that they ‘could not win’ when delivering care for their clients regardless of the actions they took. For example, on one hand they received messages about the importance of strictly following the highly structured care plans for each individual client, but on the other hand, they simultaneously received reminders about the importance of making common sense decisions about delivering personalised and client-centred care. Therefore, whilst they were encouraged to use their discretion, there was always a fear that they might choose the wrong course of action (as perceived by their managers and other allied health professionals) and then have to face repercussions.

Focus group participants explained, “We would get warnings if we do anything wrong, and I’m not saying doing it wrong, if we don’t do what the person at the other end of the phone thinks we should have done. What are you supposed to do?” Another care worker related how during the course of the day they might have to “…  make a common-sense decision there and then, that wee woman, I’ll light the fire as the house is freezing, it’s snowing outside, but the house burns down. Who is at fault?”

Many participants in our research felt they were left in an impossible position regardless of their actions. Many felt overwhelmingly stressed, paranoid, and weary of the situation, and this ultimately led to distrust between frontline care workers, office staff and management. But despite the effects of this contradictory dynamic alongside the difficult working conditions they endured, these care workers didn’t walk away, or ‘escape’ the situation even when, as acknowledged by one manager, that they could easily “get a better paid job in Tesco”!  The reluctance of DomCare care workers to walk away, or ‘escape’ the situation, was explained by their vocational devotion and the strong, or ‘intense’ relationships they formed with the people they care for – ultimately they were unwilling to let them down.

There were also clear frustrations with the nature of care work in the other two case organisations in our study, and although there was some evidence of the double bind, it was mitigated by meta-communication about the contradictory reality. Leaders within these organisations enabled care workers to make sense of, or reframe the contradictions through the formation of a strong culture and underpinning message of ‘we are all in this together’.

But it is important to note that even in our case study organisations that were more successful at reframing contradictions, and so avoiding the most dire consequences of the double-bind, tensions were not reconciled as these were often rooted in the overall care system, and how it is funded and structured. This is concerning as it has significant implications for the care sector, for those who work in it, and for those who depend on it. The current situation with COVID-19 brings these issues even more to the fore. High levels of stress, frustration and burnout are likely to deepen if care workers continue to face contradictory messages, particularly about how their work is valued. Yet rather than walk away, we see the devotion of care workers continue. If we are to attempt to reconcile the inherent contradictions for care workers, we should consider how to demonstrate our appreciation for care workers. Now more than ever, care workers and the people they care for deserve a better care system that allows for better employment conditions and better opportunities for care workers to live out their values. They deserve more than an applause.

This article draws from our recent research published in Work, Employment and Society, and which is currently nominated for the Sage 2020 award for Innovation and Excellence:

Venter, Currie and McCracken (2019) ‘You can’t win’: The non-profit double-bind and experiences of organisational contradictions in the non-profit and voluntary sector, with K Venter and M McCracken, Work, Employment and Society, 33(2) 244–261

Dr Denise Currie is a Senior Lecturer in Queen's Management School. Her research focuses on employee relations, with particular interest in the dynamics and organisational processes that are integral to creating positive working environments.