Northern Ireland: how some of the ‘agreement generation’ are drawn into paramilitary groups

Some of those who grew up after the 1998 Good Friday Agreement are still being drawn into violence by self-proclaimed paramilitary groups says Dr Siobhan McAlister. 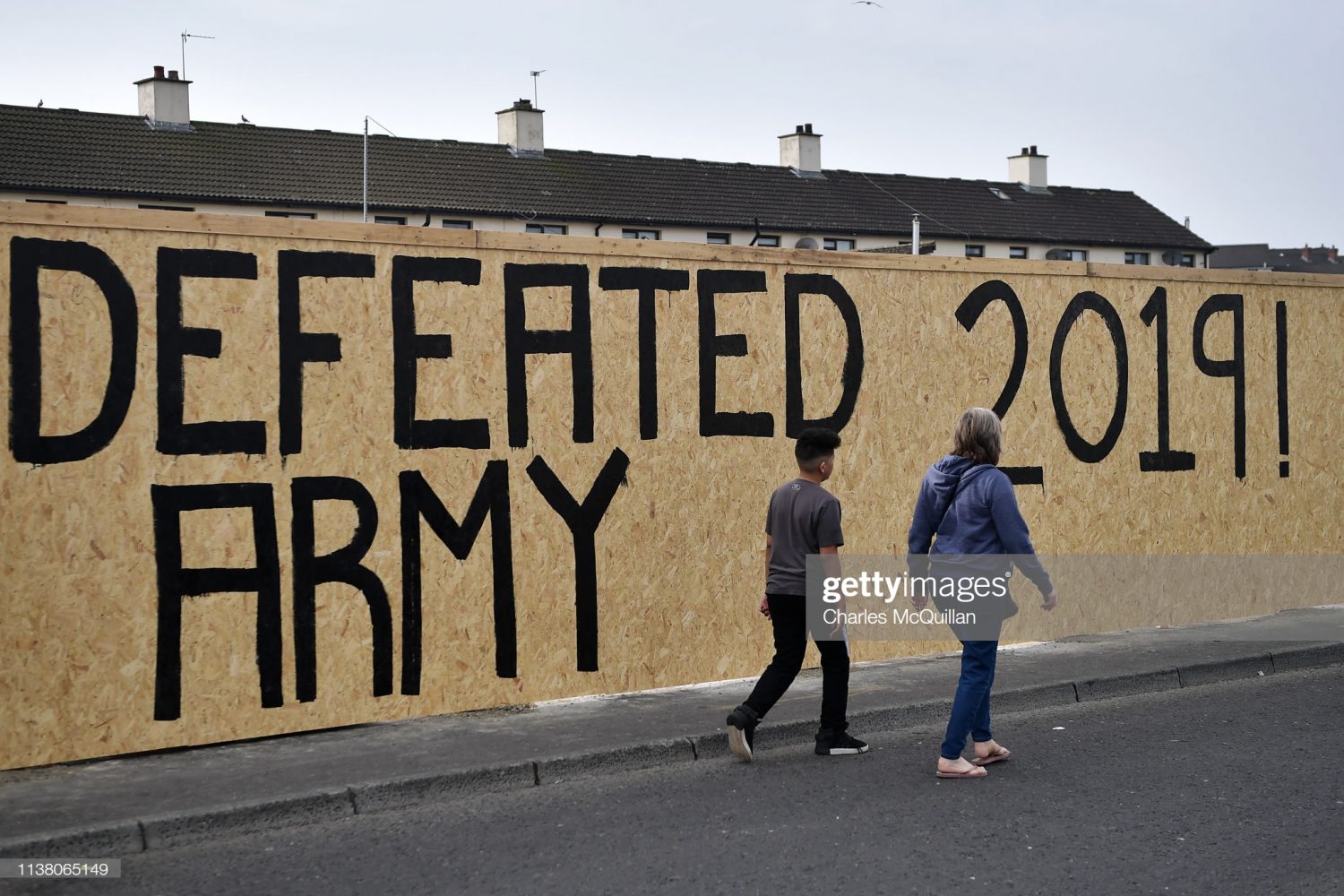 The events preceding the death of journalist Lyra McKee are familiar ones for some young people growing up today in Northern Ireland. Rioting broke out as the police searched houses in Derry’s Creggan estate in the run up to Easter. Shots were then fired from the crowd, resulting in McKee’s death, which is still being investigated.

Civilians were the main casualties of Northern Ireland’s conflict and many remain scarred by its legacies – divided space, residual violence and trauma related to the conflict. Areas like Creggan are more affected than most, not only due to disproportionate experiences of violence, injury, bereavement and imprisonment, but long-term historical underinvestment, gaps in essential services and a lack of employment opportunities.

Sporadic violence, a lack of trust in the police and the continued presence of dissident paramilitaries are the everyday realities of some communities in Northern Ireland after the 1998 Belfast/Good Friday Agreement which marked the end of the period referred to as the Troubles.

Research my colleagues and I carried out in 2008 in six communities disproportionately impacted by the conflict, ten years after the Good Friday Agreement, revealed that many felt they had not benefited from the peace dividend. We reported then that violence was still part of everyday life in communities characterised by uncertainty, unease, and a lack of investment. Adults and young people alike reported that dissident paramilitary groups continued to intimidate, physically attack, shoot and exile young people for so-called “anti-community behaviour”.

Other colleagues and I heard similar accounts from youth and community workers, children and young people in research we carried out in 2016. This again revealed that as well as being the primary targets of attack and abuse, some of the so-called “agreement generation” – who grew up after 1998 – are still being drawn into violence by self-proclaimed paramilitary groups.

Siobhan McAlister is a lecturer in the School of Social Sciences, Education and Social Work at Queen's University Belfast. Her research interests are in the fields of youth, social justice and criminal justice.