In this suite of commentary on the upcoming Platinum Jubilee of Her Majesty Queen Elizabeth II, scholars from the School of History, Anthropology, Philosophy and Politics reflect on the historical and current significance of Elizabeth’s reign. Beginning with a local focus, Katie Tate explores how Princess Elizabeth’s relationship with Northern Ireland developed prior to her ascension to the throne. 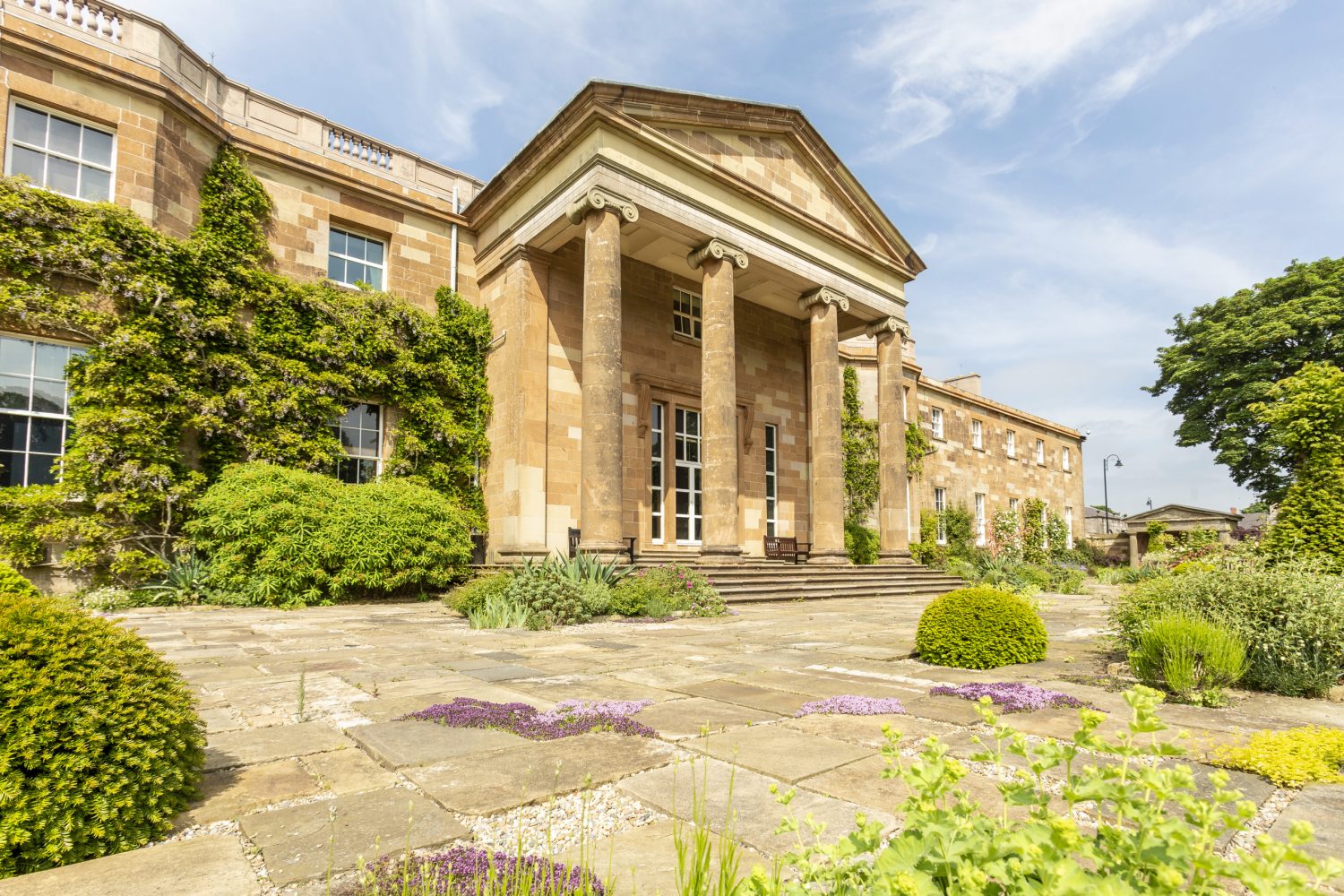 From 1922 until 1972 the monarch was represented in Northern Ireland by the Governor, an office created after partition. Between 1945 and 1952 the second holder of the office was Earl Granville, who, in contrast to the other four Governors and their wives, was directly connected to the royal family, as Countess Granville (Rose Bowes-Lyon), was sister of Queen Elizabeth (wife of King George VI and mother of the present Queen Elizabeth). These familial connections were met with intense criticism within nationalist circles, with claims of occupation by a ‘foreign power’, while unionist newspapers reacted positively to this, with the Belfast News Letter commenting that, ‘their coming to Ulster has forged another golden link between the Province and the Throne’. The Observer reiterated this, stating, ‘Ulster folk reflect with special pleasure on the fact that Lady Granville is a sister of the Queen … they see further strengthening of the links that bind Northern Ireland so closely to the Royal House.’

These royal connections were evident as Earl Granville’s time in office was characterised by increased royal visits to Hillsborough Castle, then acting as Government House. These included several visits by the then Princess Elizabeth who travelled to Northern Ireland in 1945 with the King and Queen, before visiting again in 1946. Nineteen-years-old at the time of this three-day visit, the young princess stayed with her aunt and uncle. Under their guidance, Government House offered a secure environment in which the young Princess could learn the ropes of royal duties. Much speculation and ceremony surrounded this visit in 1946, as this was the first solo trip undertaken by Princess Elizabeth outside Britain, while it was the first time her personal standard was flown from the masthead of one of His Majesty’s ships.

During this visit, Princess Elizabeth visited Belfast to launch the H.M.S Eagle at Harland and Wolff and to mark this occasion Belfast schools were closed to allow local school children to line the processional route through the city. Quick visits were also made to Dungannon and Armagh, before the princess stopped in Enniskillen, where she watched a session of poteen-making by RUC men. She also attended a christening, acting as godmother to the daughter of Lieutenant James Osborne King and her close personal friend, the Hon. Mrs King. This christening took place in the largely Protestant town of Comber, County Down, where the residents were delighted to welcome this ‘private royal visit’. Countess Granville and the Governor also hosted a ball at Government House in Princess Elizabeth’s honour, and this took place within the constraints of rationing which continued after the war, with Countess Granville making special requests for cream and chocolate cake for this event.

Princess Elizabeth also visited Northern Ireland in 1949, again staying with her aunt and uncle at Government House. This was her first visit to Northern Ireland following her marriage to Prince Philip in 1947 and during this trip, they were both conferred the Freedom of Belfast. In July 1953, she then visited Northern Ireland for the first time in her capacity as Queen. Lord and Lady Wakehurst, the third Governor of Northern Ireland and his wife, hosted a banquet in the Throne Room at Government House to mark this occasion, commissioning a special Spode dessert service for this. During this dinner, crowds gathered outside Government House and in response to their chanting, the Queen and the Duke of Edinburgh went onto the balcony with Lord and Lady Wakehurst for ten minutes, to interact with the waiting crowds. On their departure from Northern Ireland, the Queen gifted £50 to the domestic staff of Government House in recognition of their work during their stay. Mr Harper, the butler, and Miss Rushworth, the cook, received £6 each, while the remainder was divided between the rest of the staff.

Under the direction of Earl and Countess Granville, Northern Ireland and Government House thus provided a secure environment in which the young princess and future queen could learn the ropes of royal life. Connections between the Northern Irish governorship and the British monarch do not end there, however, as through their second daughter, Lady Cynthia Elinor Beatrix Hamilton, the Duke and Duchess of Abercorn (the first Northern Irish Governor) became the great-great-grandparents to Diana, Princess of Wales. As ancestors of Prince William, currently second in the line of succession, the Abercorns will likely provide a continued link between the Northern Irish governorship and the monarchy in years to come.

The featured image has been used courtesy of  © Historic Royal Palaces.

Katie Tate is a PhD student in the School of History, Anthropology, Philosophy and Politics at Queen's University, undertaking her thesis on the wives of Northern Ireland’s Governors between 1922 and 1973. Her research is funded by a Department for the Economy studentship.