Majority Voting is a Most Ancient, Primitive, Divisive and inaccurate measure of collective opinion

Binary voting is inadequate but in a multi-option vote, the individual can express an accurate viewpoint says Peter Emerson. 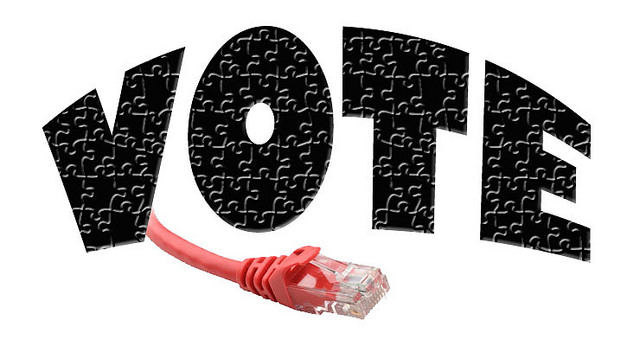 Brexit was a nonsense.  You cannot get the average height of a group of people if some say only what they are not.  “I’m not 2m 50,” is an example of totally useless information.  Likewise, you cannot get the average opinion, vox populi, “the will of the people,” if some people say only what they do not want.  In other words, a ‘yes-or-no?’ (‘remain-or-leave?’) question cannot identify the collective will.

But it could be done in a multi-option vote.  If some say “I want the UK in the EU,” while others want, “in the EEA,” or “under the WTO,” then it should be possible to see which option is the most popular.  And if the Brexit referendum had offered just those three options, then maybe the result would have been EEA 32%, and WTO 20%… so the EU on 48% would have won!  As this Institute said in a press release issued four months before the fatal poll, if the question is “yes-or-no?” the answer will be ‘no’.

The local and national media ignored it because, for some reason, people seldom discuss decision-making.  Electoral systems?  Oh yes, we often debate the relative merits of majoritarian systems, proportional systems, single or multi-preference systems, and so on.  And apparently, all of these systems are democratic.

But decision-making?  No; apparently, decisions have to be taken by a (simple or weighted) majority vote.  There are other methodologies – the Borda and Condorcet rules, for example, of which more anon – but the BBC does not discuss them, the Electoral Commission does not mention them, and countless professors of political science in Queen’s and elsewhere act as if decision-making has to be binary.  Indeed, many people are as it were mesmerised by “the mystique of the majority,” to use the late Professor Sir Michael Dummett’s phrase, as if (nearly) every political question has to be reduced (and distorted) to a dichotomy.

So binary voting is inadequate.  In a multi-option vote, the individual can express an accurate viewpoint, not if restricted to an Orwellian single preference – ‘this’ option good, those options bad – but in a preferential system.

New Zealand had its first multi-option plebiscite in 1894, and in 1992, a five-option referendum.  They wanted to review their electoral system, so they set up an independent commission, and it drew up a list of five options: the status quo of first-past-the-post, (FPTP) , (or ‘fake post-truth polling’); the Irish system of proportional representation, single transferable vote, (PR-STV);[1] and three other options in between.[2]  As a result of press coverage and so on, by the time the people came to vote on the various options, they had a pretty good idea of what was involved.

With Brexit, in contrast, people are only now, post referendum, discovering what the other options might have been: the single market, customs union, and so on.  To suggest the Brexit vote identified the will of the people is, yes, a nonsense… not least because, today, nobody knows what that will is.  Hence all the arguments over another dichotomy: is it to be a ‘soft’ or a ‘hard’ Brexit?

In 1985, one week after Ian Paisley shouted “Ulster says ‘NO!’” to 100,000 people outside Belfast City Hall, six of us stood with a banner to say, “We have got to say ‘yes’ to something.”  Six months later, we asked Queen’s to host a cross-community public meeting with multi-option voting, but they said it would be too dangerous.  So we used the Students’ Union instead.  Sinn Fein, the UUP, the UDA and even Ulster Clubs were there, and pretty well everything else in between, over 200 of them; thus we put preferential voting to the test; and it worked.

Four years later in another consensus conference, we did it again with electronic voting; ten political parties from Ireland, North and South; and a guest from Sarajevo.  Thus we implied, please don’t hold a two-option plebiscite in Bosnia, where there was no majority anyway: it was 20:30:40 Catholic:Orthodox:Moslem, so any two groups could form a majority against the other one.  The EU, however, the Badinter Commission, insisted on a ballot.  It started the war.  Indeed, to quote Sarajevo’s famous newspaper, “All the wars in the former Yugoslavia started with a referendum,” (Oslobodjenje, 7.2.1999).

In the years since, the de Borda Institute has campaigned against many binary ballots, especially those in sensitive regions like South Sudan in 2009 and Ukraine in 2014.

So if the voters are to be allowed to cast their preferences, which of many multi-option decision-making voting systems should be used.  Plurality voting, like FPTP, allows the voter to choose one of three or more options.  The two-round system, (TRS), is a plurality vote followed by a majority vote between the two leading contenders.  AV(or STV)[3] is a series of plurality votes and eliminations until one option gets 50%+.  And a Borda count, (BC), is a points system: in a four-option poll, a 1st preference gets 4 points, a 2nd gets 3, and so on; and the option with the most points is the winner.

So consider 14 persons voting on four options, A, B, C and D, with the following preferences.

On the face of it, it would seem option D best represents the will of the 14; after all, while it is the 1st preference of only two voters, it is the 2nd of everybody else.  But what happens in practice?

In some voters’ profiles, then, plurality voting can be hopelessly inaccurate; as can any system based on plurality voting, like TRS and AV; but the BC is more robust and precise.

In summary, some systems are good, a few are mediocre, and others are bad.  Along with the Condorcet rule, the Modified Borda Count, (MBC), (to give it its full name),[4] is the most accurate and therefore the most democratic.[5]  But, as mentioned earlier, hardly anybody bothers with these more accurate systems.  Why not?

I don’t know.  I know why politicians like majority voting: it means they can choose the question and control the debate, so no wonder certain individuals like Napoleon, Lenin, Mussolini, Hitler, Khomeini and Saddam Hussein have also used majority voting.[6]  But why the media and academia do not critique majority voting and its biggest consequence, majority rule – not the but a cause of violence in Northern Ireland, the Balkans, the Caucasus, Rwanda, Ukraine and throughout the Middle East – I honestly don’t know.

Preferential voting was first invented over 800 years ago, by Ramón Llull, a Catalan/Spaniard; next by a German, Nicholas Cusanus, in 1345; in 1784 in France by M. de Borda, and hence the name, MBC; a century later by Charles Dodgson in England who should have written a book about it but he wrote Alice in Wonderland instead, his alias, Lewis Carroll; and in 1986 in Ireland by the current author.

None of these individuals knew of the previous inventors.  There is then something archetypal about the MBC; it will happen one day, in referendums and in parliaments, not least because it is ideally suited to the computer age.

[2]          The alternative vote (AV) is STV without PR and is used therefore in single-seat constituencies; multi-member proportional (MMP), the German two-round system, is half FPTP and half PR-list; and the additional member system, AMS, which is a one-round version of MMP.

[5]           The Borda and Condorcet rules can be compared to a sports tournament: every team plays every other team, and (every option is compared with every other option).  (In a BC), the winner is the one with the most goals (points); with Condorcet, it is the team which wins the most matches (or the option which wins the most comparisons).  The winner of the league (Condorcet) usually has a good goal difference (Borda): (indeed, the MBC and Condorcet are two very good systems, and the winner under either is usually the same).

The views expressed in this article are those of the author and do not necessarily reflect the official opinion of Queen’s University Belfast.

Peter Emerson is Director of the de Borda Institute, whose focus is reform of voting procedures, enabling them to work for cohesion and compromise rather than division and confrontation.

There was United Kingdom Alternative Vote referendum, 2011 wherein people had a chance to change the system for electing MP’s to Westminster but with a pathetic turnout of 42% and out of that 68% voted no change. I wonder if now given the current shambles of tory and labour people would be more motivated to change it?

uk had the chance to change parliamentary voting with United Kingdom Alternative Vote referendum, 2011 but a pathetic national 42% turnout with 68% of that voting no change put paid to that. maybe it’s just desserts that we are stuck with the shambles of tory and labour and there seems to be no point in having stv vote in ni as the mandatory coalition renders it useless

Asking a PR supporter, “av or fptp?” – the 2011 referendum – was like asking a vegetarian, “beef or lamb?” The question was a nonsense, another nonsense. And so too, by the way, was the scottish referendum of 2014: the winner was ‘devo-max’ but it wasn’t even on the ballot paper!