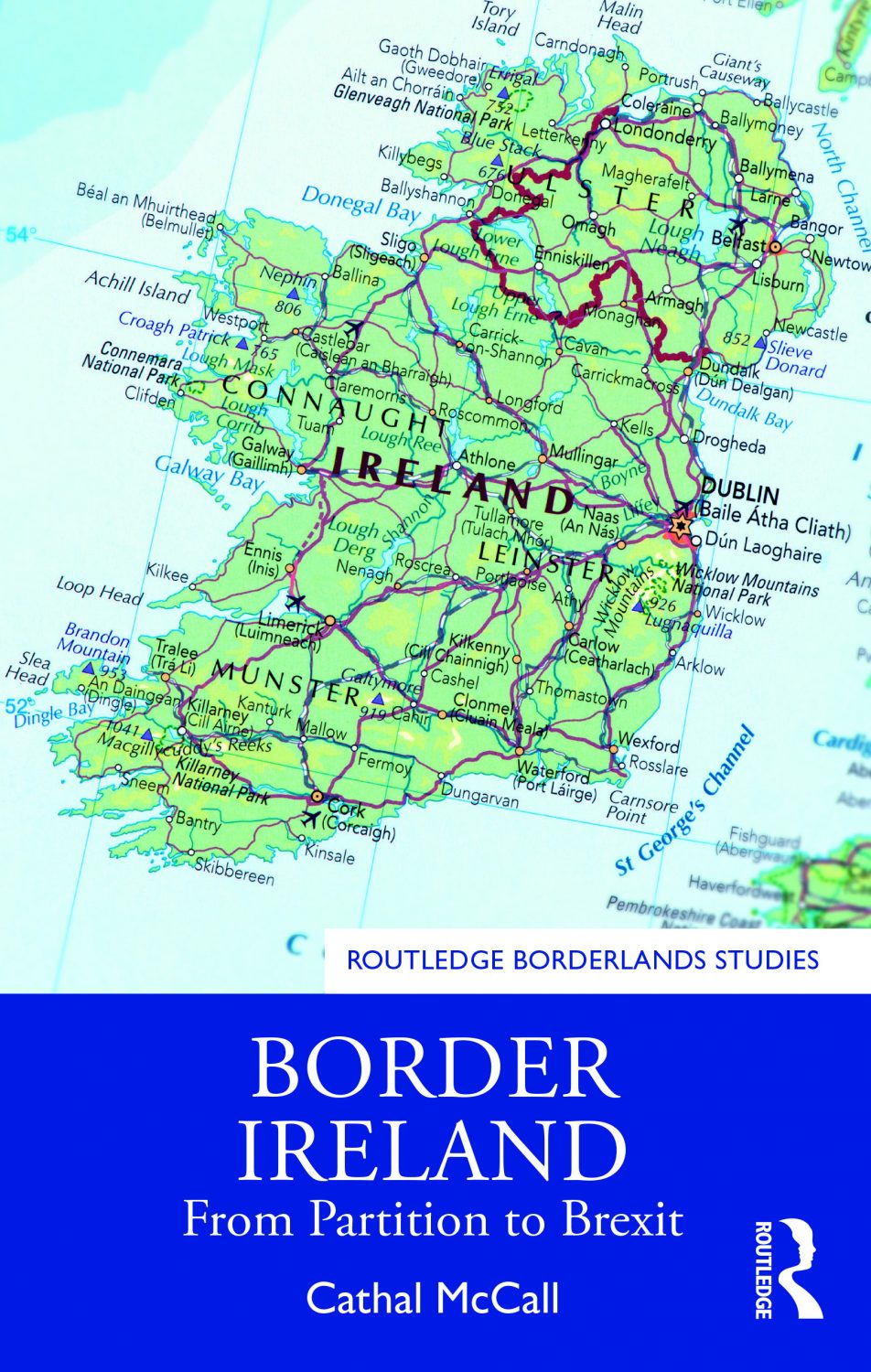 Border Ireland is a must-read for academics and policy makers interested in the now all-consuming issue of the Irish border: forensically setting out the origins of bordering on the island of Ireland; the “Irish cultural borderscape” which arose from the 1992 introduction of the European Single Market; and the “thunderbolt” of Brexit, and how this has given new life to the political campaign for a state of Irish borderlessness (a ‘united Ireland’).

The book is rich in engagement with the various theoretical strands of border studies, drawing upon the authoritative works of people like Dr Vladimir Kolossov (Russian Academy of Sciences), Dr Chiara Brambilla (University of Bergamo), and Professor David Newman (Ben-Gurion University). It also provides a wide range of empirical insights – introducing new testimony from British and Irish actors involved with the high politics of the Northern Ireland issue – while imparting readers with a knowledge and understanding of the many different developments occurring within the “years and years and years” of EU-UK Brexit negotiations.

On Thursday 21 October, Professor McCall partook in an in-person research workshop centred around the book, which took the format of an open forum for debate and discussion chaired by the Mitchell Institute Director, Professor Richard English. It was a very well attended event – held in the surroundings of The Graduate School – with the steady flow of questions consuming the designated hour in what felt like no time.

An opening question regarding the post-Brexit challenges identified by the book prompted Professor McCall to share his own idea for a third-level equivalent of the as yet unrealised concept of an all-island Citizen’s Assembly. This would see the formation of a collaborative network established between Queen’s University Belfast, NUI Galway, and University College Cork – the universities that together once comprised the Queen’s University of Ireland.

Responding to a question from a Global Security and Borders MA student about the prospect of a return to violence, Professor McCall said that there was “no line of intellectual continuity” between the Northern Ireland Protocol and the April loyalist riots, citing the finding of investigative journalism that participating youths were being mobilised by the South East Antrim UDA in response to the PSNI closing in on its drug trafficking operation.

He did however say that as has often happened historically, “things could escalate by default”, the chances of which depend on the degree to which the “narrative of an Irish sea border [particularly from the British government] continues to be wound up”.

Dr Gladys Ganiel – who has recently contributed insights on the role of the church leaders in the post-Brexit discourse – asked about the book’s assertion that the 1998 Agreement’s “dice are firmly loaded in favour of the movement towards ‘a united Ireland'”; how Brexit has impacted on this, and the way in which political unionism has responded. Professor McCall replied that the section in the agreement on the border poll appeared to be written “in haste”, that “Sinn Fein barely mentioned a border poll prior to Brexit… but are now out of the traps”, and that political unionism “has traditionally fed off threat and insecurity; insecurity here on this island, and threat coming from the south… and that’s risen again with the whole negotiations, with Leo Varadkar, Simon Coveney being held up as demons almost, political demons anyway”.

Border Ireland ultimately brings in big picture possibilities such as a borderless Ireland within the EU; which as the Borderlessness chapter reminds us, would be an automatic outcome of a vote in favour of unity due to the European Council determination of April 2017. Dr Peter McLoughlin – who has just had an article published on British-Irish relations, NI, and the EU – asked Professor McCall whether he would be prepared to make any predictions in this regard in light of events since the book’s publication.

Professor McCall firstly warned about the perils of social scientists making predictions, but reiterated the analysis he previously outlined on UK in a Changing Europe: that “a Celtic sea border between Ireland and continental Europe is a distinct possibility”, because while the EU could shift to the Trade and Cooperation Agreement and take the technical approach of introducing non-tariff barriers, it is equally possible that they will “just throw their hands up in the air and say ‘Listen, we’re not going to get any further with these guys'”.

With respect to Professor Lee McGowan’s highlighting of the forthcoming elections in the north and south of Ireland, Professor McCall said that in the event that Sinn Féin does become the dominant force in both jurisdictions, political unionism will likely look “for an end of power-sharing, they would want to follow the old Bob McCartney route, they would want Direct Rule from Westminster, and [from their point of view] stop all this shenanigans”.

The condition of participation in this workshop was to have read Border Ireland; and it is a testament to the efficiency and effectiveness with which the book addresses these complex matters that the socially distanced TR6 room was at full capacity. One cannot help but think when considering its ninety-five pages (excluding references) that it ought to be marked ‘required’ on the briefing tables of the “Brexiter riff-raff” who struggle even with the Dover-Calais crossing, let alone the ‘far-away’ conundrum of the Irish border.

But for the current British Prime Minister, reports from aides indicate that even just two pages is more than enough…

Border Ireland is available now to buy from Routledge: https://www.routledge.com/Border-Ireland-From-Partition-to-Brexit/McCall/p/book/9781032047997

The next Mitchell Institute event is PSNI@20: Human Rights Reflections on Policing Reform North and South; which will take place on Friday 5 November from 9:30am-1:30pm, with tickets available by clicking here.

Darren Litter is a PhD Candidate at Queen’s University Belfast studying the extent to which European integration and British-Irish intergovernmentalism are ‘inextricably intertwined’.