In Northern Ireland there is a strong tradition of political engagement through women’s coalitional work. But what working practices might promote exploration of an intergenerational feminist solidarity? 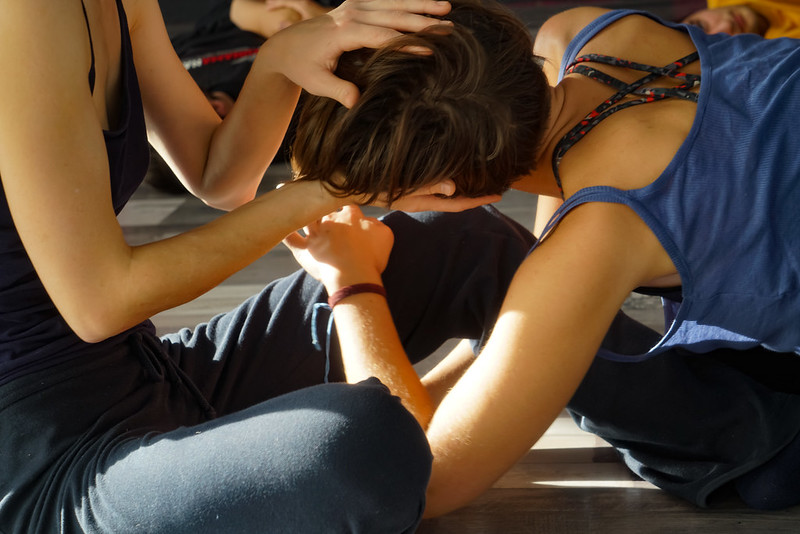 Broadening perceptions of identity and community in Northern Ireland requires that we acknowledge the range of forces that shape contemporary society. Paying attention to gendered and generational experiences can invigorate analysis of the North as a post-Conflict society. However, it is imperative that we move beyond binary thinking, lest we revert to relationships embedded in conflict: Baby Boomers versus Snowflake Millennials; before and after the Troubles; Second wave feminists versus contemporary feminisms. Examination of intergenerational relationships through the concept of a feminist solidarity offers the means to pursue affiliations and tensions between allies, as well as the opportunity to consider the history of feminism in the North. So, what working practices might promote exploration of an intergenerational feminist solidarity?

In Northern Ireland there is a strong tradition of political engagement through women’s coalitional work including the Peace People (established 1976) and the Northern Ireland Women’s Coalition (established 1996). Theresa O’Keefe argues that during the Troubles feminism in Northern Ireland turned to ‘lowest common denominator politics’ which erased difference to build cross-community relations. Consequently, ‘if a woman attended feminist meetings or debates, protests or activities she must check her “other” labels at the door. Talk of complex identities and associated structural oppressions was not welcome. Feminist solidarity acknowledges the importance of these ‘other labels’ and necessarily functions as a strategic alliance. Chandra Talpade Mohanty asserts, ‘that “common differences” can form the basis of deep solidarity and that we have to struggle to achieve this in the face of unequal power relations among feminists.

The question of how we move in solidarity lies at the heart of the research I am conducting at Queen’s University.* I have been working with Maiden Voyage Dance NI to develop a somatic movement workshop that enables participants to explore what an intergenerational feminist solidarity feels like. Restrictive gender norms and violent conflict in the North have cultivated a climate of repression which has impeded certain forms of expression; in her short story ‘No Dancing’, writer Jan Carson experiences her corporeality as a ‘kind of tightness’. Asserting the value of embodied knowledge is fundamental to my project: counter to the silence and shame imposed on feminised bodies, participants experience the creativity and expressive potential of their bodies.

Exploration of how solidarity moves us physically, emotionally and politically, underpins the design of the workshop as participants embark on a series of somatic movement inquiries. These enable participants to investigate feminist notions of support and care, as well as the negotiation of tension as we stand with – or against – someone and take – or give up – space for another. Exploration of these ideas at an embodied level has the potential to offer new insights and to expand our understanding of both the potential and challenges of moving in solidarity. There is much work to be done to develop intersectional analyses of Northern Ireland; moving through an investigation of the concept of feminist solidarity brings both connections and tensions into conversation.

* This project has received funding from the European Union’s Horizon 2020 research and innovation programme under the Marie Sklodowska-Curie Grant Agreement No 889279.

Dr Shonagh Hill is a Marie Curie Fellow at Queen's University Belfast. Her project, ‘Generational Feminisms in Contemporary Northern Irish Performance’ (GenFem) examines the embodied experiences of different generations of women in Northern Ireland, as well as their differing relationships to feminisms: both feminist movements and feminist ideas as they circulate within culture.