Is there such a thing as a national sense of humour?

We all know there are national stereotypes when it comes to humour, but is humour actually driven by culture to any meaningful extent? Dr Gary McKeown asks is there really such a things as a national sense of humour? 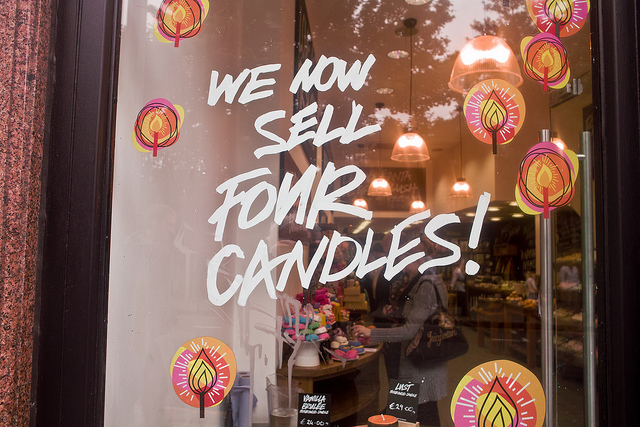 We’re all aware that there are stereotypes when it comes to a sense of humour. The British are sharply sarcastic, the Americans are great at physical comedy, and the Japanese love puns. But is humour actually driven by culture to any meaningful extent? Couldn’t it be more universal – or depend largely on the individual?

There are some good reasons to believe that there is such a thing as a national sense of humour. But let’s start with what we actually have in common, by looking at the kinds of humour that most easily transcend borders.

Certain kinds of humour are more commonly used in circumstances that are international and multicultural in nature – such as airports. When it comes to onoard entertainment, airlines, in particular, are fond of humour that transcends cultural and linguistic boundaries for obvious reasons. Slapstick humour and the bland but almost universally tolerable social transgressions and faux pas of Mr Bean permit a safe, gentle humour that we can all relate to. Also, the silent situational dilemmas of the Canadian Just for Laughs hidden camera reality television show has been a staple option for airlines for many years.

These have a broad reach and are probably unlikely to offend most people. Of course, an important component in their broad appeal is that they are not really based on language.

Most humour, and certainly humour that involves greater cognitive effort, is deeply embedded in language and culture. It relies on a shared language or set of culturally based constructs to function. Puns and idioms are obvious examples.

Indeed, most modern theories of humour suggest that some form of shared knowledge is one of the key foundations of humour – that is, after all, what a culture is.

Some research has demonstrated this. One study measured humour in Singaporean college students and compared it with that of North American and Israeli students. This was done using a questionnaire asking participants to describe jokes they found funny, among other things. The researchers found that the Americans were more likely to tell sex jokes than the Singaporeans. The Singaporean jokes, on the other hand, were slightly more often focused on violence. The researchers interpreted the lack of sex jokes among Singaporean students to be a reflection of a more conservative society. Aggressive jokes may be explained by a cultural emphasis on strength for survival.

Another study compared Japanese and Taiwanese students’ appreciation of English jokes. It found that the Taiwanese generally enjoyed jokes more than the Japanese and were also more eager to understand incomprehensible jokes. The authors argued that this could be down to a more hierarchical culture in Japan, leaving less room for humour.

There are many overarching themes that can be used to define a nation’s humour. A nation that laughs together is one that can show it has a strong allegiance between its citizens. Laughter is one of our main social signals and combined with humour it can emphasise social bonding – albeit sometimes at the cost of denigrating other groups. This can be seen across many countries. For example, the French tend to enjoy a joke about the Belgians while Swedes make fun of Norwegians. Indeed, most nations have a preferred country that serves as a traditional butt of their jokes.

Sexist and racist humour are also examples of this sort of denigration. The types of jokes used can vary across cultures, but the phenomenon itself can boost social bonding. Knowledge of acceptable social boundaries is therefore crucial and reinforces social cohesion. As denigration is usually not the principle aim of the interaction it shows why people often fail to realise that they are being offensive when they were “only joking”. However, as the world becomes more global and tolerant of difference, this type of humour is much less acceptable in cultures that welcome diversity.

Self-denigration or self-deprecation is also important – if it is relatively mild and remains within acceptable social norms. Benign violation theory argues that something that threatens social or cultural norms can also result in humour.

Importantly, what constitutes a benign level of harm is strongly culturally bound and differs from nation to nation, between social groups within nations and over the course of a nation’s history. What was once tolerable as national humour can now seem very unacceptable. For the British, it may be acceptable to make fun of Britons being overly polite, orderly or reluctant to talk to stangers. However, jokes about the nature of Britain’s colonial past would be much more contentious – they would probably violate social norms without being emotionally benign.

Another factor is our need to demonstrate that we understand the person we are joking with. My own ideas suggest we even have a desire to display skills of knowing what another person thinks – mind-reading in the scientific sense. For this, cultural alignment and an ability to display it are key elements in humour production and appreciation – it can make us joke differently with people from our own country than with people from other cultures.

For example, most people in the UK know that the popular phrase “don’t mention the war” refers to a Fawlty Towers sketch. Knowing that “fork handles” is funny also marks you as a UK citizen (see video above). Similarly, knowledge of “I Love Lucy” or quotes from Seinfeld create affiliation among many in the US, while reference to “Chavo del Ocho” or “Chapulín Colorado” do the same for Mexicans and most Latin Americans.

These shared cultural motifs – here drawn mostly from television – are one important aspect of a national sense of humour. They create a sense of belonging and camaraderie. They make us feel more confident about our humour and can be used to build further jokes on.

A broadly shared sense of humour is probably one of our best indicators for how assimilated we are as a nation. Indeed, a nation’s humour is more likely to show unity within a country than to display a nation as being different from other nations in any meaningful way.

Dr Gary McKeown is a Senior Lecturer in the School of Psychology at Queen's University Belfast. His research interests include social and communicative interactions, social signal processing and affective computing, laughter and humour, cognition and emotion, cross-cultural emotion perception and the evolution of human communication and language.