Ovarian cancers are often not caught early enough. Researchers from Queen's are part of an international team that has developed a screening method with the potential to diagnose ovarian cancer one to two years earlier than current diagnosis. 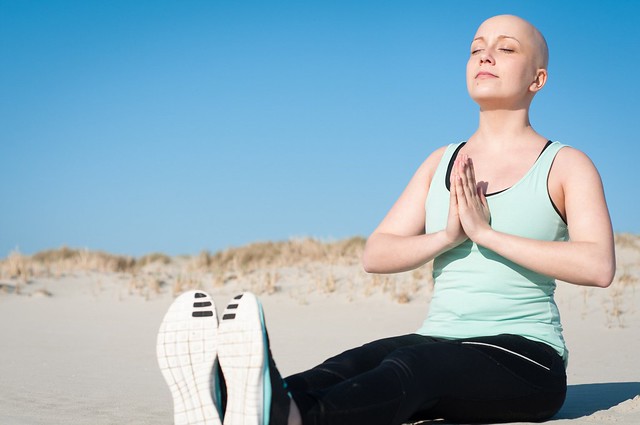 Ovarian cancer has a high mortality risk because it is so often diagnosed at a very late stage. In a new study, our team has shown that detection rates can be significantly improved by screening for a specific set of proteins in the bloodstream. This could mean detection of ovarian cancer up to two years before current screenings allow.

Cancer tests walk a harsh line between missing cancer and misdiagnosing healthy people. If you make your test too strict, you will fail to detect traces of real cancers that are present. If it is too lenient you will falsely detect cancer where it doesn’t exist.

While it might seem obvious we should tip the scales in favour of catching every cancer, the burden this places on the health system can be unsustainable. Not to mention the stress and potentially dangerous treatment it can mean for healthy people.

Our group is working to improve this balancing act in the diagnosis of ovarian cancer, the statistics for which speak for themselves. In 2016, 4,227 women died from ovarian cancer. The overall five year survival for stage III & IV ovarian cancer (late stage) is only 22%, making this the most lethal female reproductive cancer. When ovarian cancer is detected early, the patient’s prospects are much better, with approximately 90% of women diagnosed at stage I (early stage) surviving five years or more.

Dr Bobby Graham is a Reader in the School of Biological Sciences. His work sits at the interface of biological sciences, chemical biology, chemistry, biochemistry and genomics entailing the development and application of novel enabling technologies to basic science and disease characterisation. Dr Ciaren Graham is a Senior Lecturer in the School of Biological Sciences. Her research is in the application of proteomics, mass spectrometry and traditional molecular biology techniques in the elucidation of signal transduction mechanisms that lead to the development of cancer.

Cancer doesn’t respect political borders – why should we?

The General Election 2019 and health: Voices from Northern Ireland