Dr Peter Doran and Dr Katy Hayward highlight how it's time to realise the scope of an ambitious vision for British-Irish cooperation inspired by the Nordic Council. 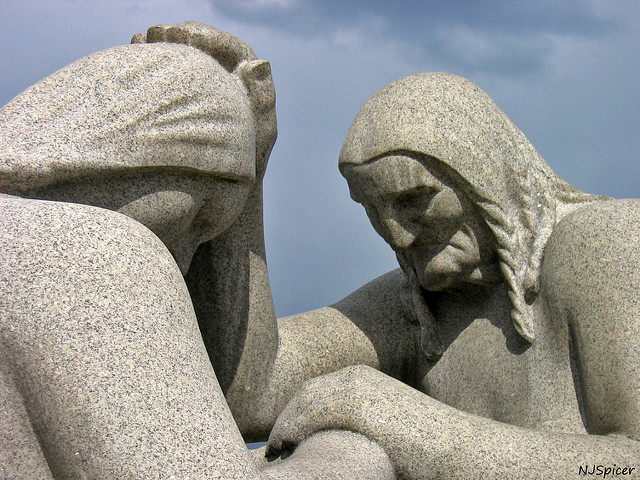 The prospect of Brexit has brought renewed scrutiny of the 1998 Belfast/Good Friday Agreement. The Agreement is not merely the concern of the people of Northern Ireland. In fact, it can only be understood as a document of constitutional innovation for the UK as well as Ireland. Twenty years on, there is a pressing need to see such innovation once more.

The terms of the 1998 Agreement were implemented through the Northern Ireland Act (1998). It was no coincidence that the same year saw Acts of devolution for Scotland and Wales – the nature of the United Kingdom was fundamentally changed. In Northern Ireland, however, there was a significant difference. There were now three strands of governance in order to capture the “totality of relationships” across these islands, for which Northern Ireland was the fulcrum.

The three strands are:

1) within Northern Ireland (inc. a devolved Assembly and Executive);

3) between these islands (inc. the British-Irish Intergovernmental Conference).

The ongoing political crisis in the devolved Executive and Brexit have exposed an ongoing fragility in political relationships that invites renewed attention to the symbiotic nature of all three strands. The British-Irish relationship is absolutely fundamental to getting the rest of it right.

The levels of institutionalization and routinization of British-Irish relationships that had been envisaged in 1998 were nowhere near met in practice, especially after the 2006 St Andrew’s Agreement, which brought the DUP into power-sharing with Sinn Féin. Changes of government and economic crises further weakened the attention paid by Dublin and London to Strand 3.

The Conversation Has Begun

The most firm and fertile ground for the British-Irish relationship remains the 1998 Agreement. In a recent speech at Chatham House, Ireland’s Tánaiste (deputy prime minister) and Minister for Foreign Affairs and Trade, Simon Coveney, paid tribute to the genius of the Agreement.

Anticipating the loss of the “habit of cooperation” forged by shared EU membership, Coveney proposed that Britain and Ireland would have to “use our existing bilateral mechanisms to greater effect” in the wake of Brexit. These Strand 3 mechanisms include the British-Irish Council, which has facilitated cooperation between Scotland, Northern Ireland, Wales, the Channel Isles, the Isle of Man, and the governments of Dublin and London since 1999.

Renewed focus on such ‘Strand 3’ mechanisms has come from the other side of the Irish border too. The DUP leader Arlene Foster made a similar point to the Tánaiste.

“Within the structures created by the 1998 Deal there is”, she said, “an institution that could serve us all well in the post-Brexit world.”

The British-Irish Council, she posited, could now realise its latent potential.

In a pointed observation, she recalled how, during the long negotiations leading up to the Agreement, the East-West dimension was viewed primarily as a “critical counter-balance to the North-South institutions.” As a consequence, less attention was paid “to how it would, in reality, develop into the Nordic Council body that it was compared to at the time.”

It was Irish philosopher, Richard Kearney, with Simon Partridge and Robin Wilson, who in 1994 while at the Forum for Peace and Reconciliation convened in Dublin first invoked the Nordic Council as a potential model for institutionalizing British-Irish cooperation.

Membership of the Nordic Council includes a mix of states and regions of varied size and capacity. Headquartered in Copenhagen, the Council promotes close collaboration across issues such as language, infrastructure, industrial policy and the environment. The Council was particularly successful in resolving territorial conflicts (such as the 1951 resolution of the dispute between Finland and Sweden over the Åland Islands).

A powerful example of cooperation came in the 1950s, with Denmark, Finland and Iceland, forming a passport union – their own version of the common travel area.

The Nordic Council consists of an inter-parliamentary forum established in 1952 and the Nordic Council of Ministers (established in 1971). Interestingly, the Council of Ministers was set up to ensure continuity in Nordic relationships after Norway and Denmark first applied for membership of the European Economic Community (EEC). (Norway would later decline membership.)

Now Denmark, Finland and Sweden are EU member-states; Norway and Iceland are only members of the European Economic Area (EEA). A tradition of cooperation is enhanced by the work of the Nordic Council of Ministers, where each country’s representatives work together on a wide range of policies and agree on protocols to simplify cross-border movement.

Henrik Wenander, Associate Professor in Public Law from Lund University, recently described how cross-border mobility and trade is flourishing between Norway and Sweden, despite only one of them being in the EU. He puts this smooth cross-border operation down to a combination of cultural preconditions and legal arrangements underpinned by the institutions of the Nordic Council and, critically, the EEA treaty. As part of the EEA, Norway and Iceland enjoy smooth trade in most (non-agricultural) goods and services with their EU neighbours.

Although EEA membership is not on the cards for post-Brexit UK, Strand 3 institutions of the 1998 Agreement could be key to managing smooth relationships after the UK’s withdrawal. Wenander claims that the cultivation of mutual trust through the Nordic Council has played a part in securing close cooperation between EU and non-EU member-states.

The original stated purpose of the British-Irish Council in the 1998 Agreement echoed language from both the Nordic Council and the European Union:

“to promote the harmonious and mutually beneficial development of the totality of relationships among the peoples of these islands”.

The reference to the “totality of relationships” in the UK-EU Joint Report of 8 December is implicit recognition that the development of Strand 3 bodies and competences must be much more than a ‘counter-balance’ to Strand 2.

If the British-Irish Council has a much more substantive role to play after Brexit, this will have to include new commitments from ministers to cooperation at this level, as well as a routinization of contact at the level of government officials for regular, substantive engagement.

As Coveney noted in his Chatham House speech, enabling officials as well as politicians to meet and work is necessary “to ensure that the understanding we have of each other does not diminish”. In the aftermath of Brexit, whatever the new arrangements covering the islands, a new level of complexity will demand closer collaboration.

Regardless of what the final withdrawal agreement and future treaty between the UK and EU contain, it must be a priority now for the British and Irish governments (together with the devolved institutions and Crown Dependencies) to prepare their relationship for “transition”. The full potential of the 1998 Agreement institutions at all levels might yet be realised.

It is time now to realise the scope of an ambitious vision for British-Irish cooperation inspired by the Nordic Council.

Dr Katy Hayward is a Reader in Sociology in the School of Social Sciences, Education and Social Work at Queen’s University Belfast. She has particular expertise on cross-border cooperation and management, focusing on the case study of Ireland/Northern Ireland and the impact of EU membership.

The featured image of Vigeland Sculpture Park, Oslo, Norway has been used courtesy of a Creative Commons license.