Northern Ireland election: despite Sinn Féin’s historic win over unionists, things may not be as they seem

Dr Peter McLoughlin casts his eye over the results from the recent Northern Ireland Assembly elections which saw Sinn Féin emerge with the most seats. 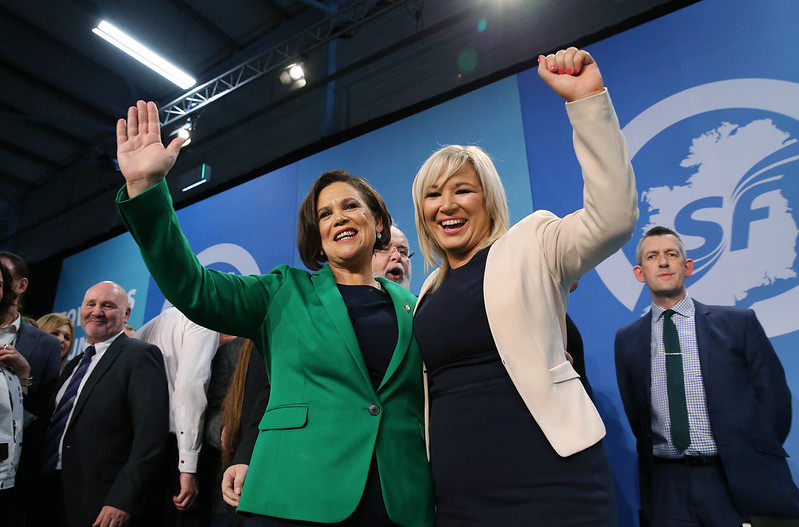 It is clear that Sinn Féin has achieved a historic result in the Stormont election. For the first time in Northern Ireland’s history, a nationalist party is set to claim the most seats in a political system that was originally designed to guarantee a unionist majority.

Yet this does not reflect any surge in support for Sinn Féin. The party secured only a marginal increase in its vote since the last Stormont election in 2017. The party’s steady progress is made more spectacular by the collapse of the Democratic Unionist party (DUP) and the broader divisions within unionism.

Indeed, by combining all their votes, the unionist parties can still claim a fractional advantage over their nationalist rivals. However, demographic trends continue to favour the latter. Sinn Féin’s achievement has long been predicted, and unionists must realise that there will be no return to their past dominance.

The other notable trend is the considerable growth of the cross-community Alliance party. Its vote is up by a third since 2017, and its seats have doubled. However, suggestions that this shows a significant growth in the moderate middle ground are somewhat misleading. The Alliance party’s gains come at the expense of other cross-community alignments like the Greens, who have lost all their representation at Stormont.

The Alliance has also taken votes from moderate nationalist and unionist parties. The Ulster Unionist Party (UUP) leader, Doug Beattie, is clearly trying to steer the party in a more progressive direction, but very nearly lost his seat.

Meanwhile, the moderate nationalist Social Democratic & Labour party (SDLP) has had a harrowing election. Despite producing an array of young and able leaders, it seems that liberal nationalist voters have either defected to the Alliance or decided to punish unionists for their political intransigence by voting Sinn Féin.

The DUP has clearly tested the patience of many nationalists – resisting legislation that would support Irish language speakers, backing Brexit, then rejecting the deal that was negotiated – and the SDLP is a casualty of this.

Analysts who see great political progress in the Alliance party’s advance may be misreading the overall results of the election. There is certainly political flux and changing of alignments across the moderate middle ground, but as yet no hugely significant erosion in the overall support for more traditional parties.

Turnout was slightly down on the last Stormont election, with more than a third of all registered voters exercising their democratic right to stay at home. They are likely the citizens most disillusioned with the political status quo in Northern Ireland, but without their engagement things remains the same.

And this applies to the prospects for power-sharing at Stormont. Despite Sinn Féin success, without DUP agreement, a government cannot be formed. There are questions as to whether it is willing to serve in an administration where Sinn Féin would hold the first minister role.

Although the deputy first minster has equal powers, even the idea of subservience to Sinn Féin is difficult to swallow for the DUP. More problematic still, the party insists it will not return to government until changes are made to the so-called Northern Ireland protocol in the Brexit deal.

The protocol requires checks on goods coming into Northern Ireland from Great Britain, which the DUP argues separates the region from the rest of the UK and weakens the union. However, it is clear that the protocol is not a priority even for many unionist voters.

Sinn Féin’s emphasis on more practical concerns like the rising cost of living has clearly served it better than the DUP’s continued obsession with Brexit arrangements. The fact that the DUP has no clear alternative to the protocol also does not help its case.

The continuation of the protocol in some form seems inevitable, and this exacerbates unionist fears for the political future of Northern Ireland. With polls suggesting Sinn Féin will soon hold power in Dublin too, this makes it more difficult for the DUP to aid its rival into government in Belfast, creating a situation where republicans could claim to be overseeing the alignment of the two parts of Ireland to advance reunification.

Though traumatic for unionists, the best that might come of this situation is a more fundamental realignment of politics within this community. Nationalism is uniting around the Sinn Féin agenda, north and south. Unionism also needs to coalesce behind a forward-thinking strategy rather than one that simply seeks to turn the clock back.

A much more progressive case could be made for the union, and even the protocol. Unionists could argue that Northern Ireland now enjoys unique advantages. Unlike the rest of the UK, it still enjoys unfettered access to EU markets. Unlike the Republic of Ireland, it has universal health care. Why, unionists could ask, would voters want to forego either by removing the protocol or uniting with the south?

It remains to be seen whether unionism has a leader able to persuasively articulate such an approach. This seems to be what Doug Beattie of the UUP was edging towards, yet look at his difficulties. Perhaps the shift has to be more radical, with unionism effectively being led by a party that refuses to call itself unionist: the Alliance.

Only time will tell, and the process would likely be slow and painful. Meantime, without agreement between Sinn Féin and the DUP, political stalemate in Northern Ireland will continue, and the future will have to wait.