Personalising Your Health: A Global Imperative!

In advance of a major international conference on Precision Medicine taking place in Belfast at the end of November, Professor Mark Lawler looks at the growing interest and investment in this more personalised form of healthcare diagnosis and treatment. 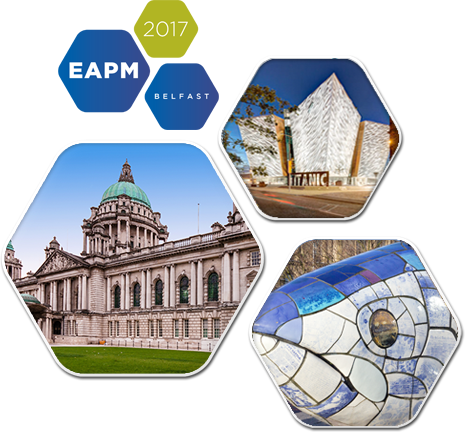 In his State of the Union Address in 2015, former President of the United States Barack Obama launched his Precision Medicine Initiative, paving the way for a large collaborative effort to precisely define the reasons that underpin the development of life-threatening conditions such as cancer, heart disease and dementia, and to use this information to develop new “more personalised” ways to successfully prevent, diagnose and treat human disease.

In 2016, former US Vice President Joe Biden spoke passionately at both the American Association of Cancer Research annual Conference (the largest scientific cancer conference in the world) and the American Society of Clinical Oncology annual Conference (the largest clinical cancer  conference in the world), encouraging both the scientific and clinical communities to join him in a “Cancer Moonshot”, an ambitious project to accelerate the  translation of discovery research into significantly improved outcomes for cancer patients. On this side of the pond, former UK Prime Minster David Cameron was the driving force behind the creation of the 100,000 Genomes Project, an initiative to use an increased understanding of our genes to underpin improved diagnosis and treatment of rare diseases and cancer.

Each of these initiatives highlights how genetics and personalised/precision medicine is increasingly becoming an important component of a 21st century healthcare agenda. Each initiative also highlights the potential of employing “Big Data for Better Health”, as it is only by the appropriate interpretation of the massive amounts of information that are generated by initiatives such as these, that their clinical value for patients and citizens can be realised.

But is personalised/precision medicine a route to a healthy world?   We would argue that yes, it can be part of the solution for preserving human health globally, but only if we take a much wider viewpoint than is currently adopted by many in the scientific and clinical communities.  If we simply focus on treatment, and more particularly on medicines/drugs, we know that there have been some noticeable successes for the personalised/precision medicine approach – Glivec for Chronic Myeloid Leukaemia which targets a particular leukaemia specific protein and Herceptin for an aggressive form of Breast Cancer which produces abnormal quantities of a normal protein. Another examples is the Queen’s University-led use of Ivakaftor which targets the appropriate cells of  Cystic Fibrosis patients with particular genetic mutations. Indeed, these drugs could be regarded as “Poster Children for the Precision/Personalised Medicine generation”. However for every Glivec or Herceptin, there have also been a significant number of targeted drugs that have proved unsuccessful.

We also need to balance improving efficacy against escalating costs. Glivec is a pertinent example – yes it has absolutely revolutionised the treatment of Chronic Myeloid Leukaemia such that a disorder that in the early 1980s was a death sentence is now a treatable disease. But we must also question how a drug that cost $30,000 in the States when it was introduced in 2001, subsequently had a price tag almost four times higher in 2016. If our health spend does not also have a value dimension, we risk a situation where spiralling costs may take exciting innovations out of the price range of even Higher Income Countries (HICs), never mind the Low- and Middle-Income Countries (LMICs) where such costs would be prohibitive. We need to use the precision approach sensibly, so that it benefits the patient (either through enhanced cure and/or better quality of life) while also employing our resources sensibly and benefiting society as a whole.

So let’s adopt a broader  overarching personalised/precision health vision, one that includes:

And it is exactly this type of approach that is causing a lot of excitement in Northern Ireland at the moment. Precision healthcare is increasingly at the core of how we look to preserve the health of our population. Increasingly, we are also seeing how the innovation that is generated through academic research is also being translated into new diagnostic, prognostic and therapeutic approaches in collaboration with local and international industry, contributing to a burgeoning biotech sector.

This more holistic citizen-centred approach is at the heart of a very special event that is taking place here in Belfast from the 25th – 30th November 2017. Queen’s University is hosting The European Alliance for Personalised Medicine (EAPM) inaugural Congress, in which a collection of local, national and global experts will come together in Belfast to discuss, debate and implement the Congress Theme – “Personalising Your Health: A Global Imperative!”

This official EU Presidency event places Norther Ireland and Queen’s University firmly at the centre of a global Personalised and Precision healthcare revolution.