Putin, North Korea and what Russia really wants in the region 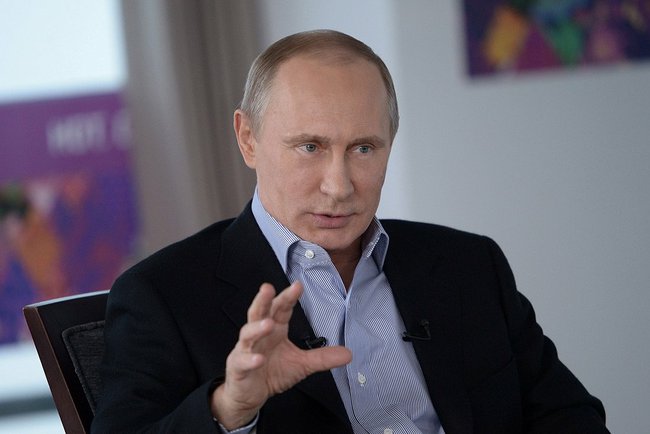 The North Korea missile test on May 14 sparked condemnation and concern. But one world leader spoke up for Pyongyang, warning the international community to exercise caution and patience – and stop intimidating the state and its ruler. That man was Russian president Vladimir Putin.

One might think that Moscow would be extremely concerned about North Korea’s missile tests. Russia, after all, is one of only three countries to have a land border with North Korea (measuring all of 17km). Its territory in the east is incomparably more vulnerable to a strike from North Korea than the US is. The Kremlin is also interested in preserving the exclusivity of nuclear club membership.

Yet President Putin’s reaction to North Korea’s latest test (the missile even landed in Russian economic waters) was surprisingly sanguine. So what is Russia’s game plan here?

In simple terms, North Korea is just not at the top of Russia’s list of security concerns. This is instead dominated by Ukraine, Syria, relations with NATO and the terrorist threat from radical Islamic groups. So, while its priorities are engaged elsewhere, the Kremlin is happy to let Beijing take the lead over North Korea.

Their core interests coincide in not allowing the US a greater military presence in Korea, while China has a much deeper strategic interest in the fate of North Korea. At the same time, Moscow sees itself as potentially playing a useful diplomatic role between different parties over Korea, gaining in its overall international standing.

The political elite in Russia also understands the logic of having nuclear weapons as the only firm guarantee against regime change. In the 1990s it resorted to nuclear sabre rattling in the face of Western criticism of its war in Chechnya. Boris Yeltsin, on his last foreign trip as Russian president in 1999, reminded Bill Clinton that Russia as a nuclear power “won’t let the US determine the rules for the rest of the world”.

So, unlike many in the West, the Kremlin doesn’t see the regime in Pyongyang as crazy or irrational. In fact, from Russia’s perspective, Western interventions in the former Yugoslavia, Iraq and Libya, and support for Maidan protesters in Ukraine are far more dangerous to Russia than North Korea’s quest for nuclear weapons.

Yet, ironically, Russia is perhaps the only country in the region which genuinely wouldn’t mind if the tensions between North and South Korea were resolved, and the countries reunited.

South Korea, for example, would be apprehensive about the huge costs and potential instability a reunification with the North could bring – particularly given the enormous gap in development and living standards between the two Koreas.

And while it would welcome the end of the most immediate security threat to itself, Japan might have concerns about a potential rival in a unified Korea which would nearly match it in terms of size and population. Relations between the two countries are still tense after World War Two and other post-colonial legacies from the Japanese rule in the Korean peninsula.

Most importantly of all, for China, the continuing existence of North Korea, though annoying to the Chinese leadership, still serves as an indispensable strategic buffer against the threat of a land invasion. The US maintains a sizeable military presence in South Korea, but its presence on the Chinese border, which would be possible if the Kim regime simply collapsed, is something that Beijing will never accept.

Likewise, for the US, the continuing threat from North Korea is the best excuse to maintain its military presence in the region – ostensibly to counter Pyongyang, but in the long run also to contain China.

Against those concerns, Russia doesn’t have much to lose from the disappearance of the Pyongyang regime. It does though have plenty to gain in terms of potential new economic projects with a unified Korea, such as a gas pipeline (Russia’s favourite foreign trade undertaking) or new rail links.

Plus, if unification also meant the removal of the US presence (as the Chinese would surely insist on), then the end of the division in the Korean peninsula would mean a more favourable balance of power in East Asia, as well as a new economic partner.

So for now, Russia is happy with the status quo and does not wish the conflict to escalate to unacceptably dangerous levels. But while Putin calls for calm, it’s also clear that Moscow will never see the North Korean problem through the Western lens.

“Moscow will never see the North Korean problem through the Western lens.”

Why should Moscow see any problem through the western lens?