With Brexit day approaching and the risk of no deal contributing to a growing sense of crisis in Northern Ireland, Dr Katy Hayward argues that the backstop is needed to protect hard-won peace. 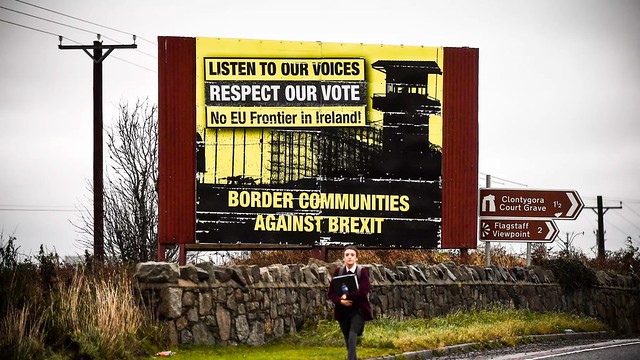 Any warning of “imminent potential disaster” from a collective of civic bodies should give pause for thought. If such a warning comes from within a fragile post-conflict society, it should stop the government in its tracks.

In early August, representatives from across Northern Ireland’s civic society published a statement urging the prevention of a no-deal Brexit, which “would be hugely detrimental for Northern Ireland’s economic, social, and political wellbeing and future.” The list of supporting signatories includes leading organisations from across the region’s business, commercial, trade union, farming and voluntary sectors.

With the devolved Stormont Executive and Assembly in abeyance over inter-party divisions, there is a strong feeling in Northern Ireland of being propelled towards a crisis without any ability to stop it.

It is an extraordinary situation: notoriously fractious civic society in Northern Ireland is now producing united calls with a singular voice imploring the British government not to wilfully put the region back in harm’s way.

The irony of it all is that the harm would arise as a result of a stand-off over the very thing designed to protect peace and stability in Northern Ireland: the backstop.

The majority of people in Northern Ireland support the backstop. As Johnson and his cabinet appear determined to pay any price—even no-deal—for removing it, it is worth recalling exactly what it is intended to do and why it was seen as necessary to begin with.

Above all, the totemic significance of the Irish border must be understood. Trying to evaluate the problem in terms of relative trade value, for instance, is almost a category error. The history of conflict across these islands is literally drawn in the line of the Irish border. And the peace process has been predicated on reframing relationships defined by that border—British/Irish, North/South on the island, Unionist/Nationalist—in terms of cooperation.