Reflecting on 20 years of Social Attitudes

As ARK celebrates its 20th anniversary, Dr Paula Devine looks back at how the data from its annual surveys have provided important evidence on how people of all ages think about key issues affecting their lives. 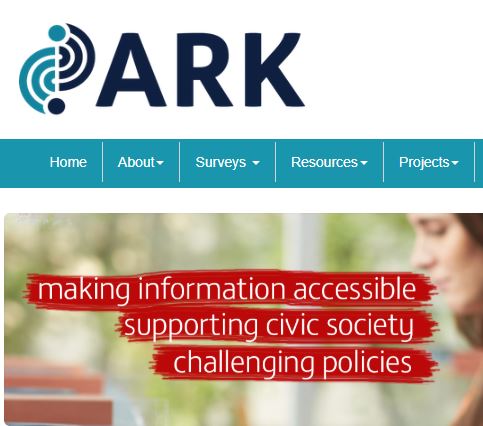 December is often a time when we look back on the past year. In ARK, we have taken this a step further, and have been reflecting back over the past 20 years.  2018 marked 20 years of devolution legislation in the UK, and 20 years since the Good Friday/Belfast Agreement was signed.  It also marks 20 years since the first Northern Ireland Life and Times (NILT) survey.  In 2018, ARK is also celebrating 15 years of the Young Life and Times survey of 16 year olds, and 10 years of the Kids’ Life and Times of 10/11 year olds.  Since they began, the data from these annual surveys have provided important evidence on how people of all ages think about key issues affecting their lives.  Equally of note is that the ARK surveys are the product of a long lasting collaboration between Queen’s University and Ulster Universities.

At an event in November, we launched Recording Social Attitudes and Informing Social Policy in Northern Ireland: Key Findings from 20 Years of ARK’s Life and Times Surveys.  This publication highlights a selection of results, as well asthe major contribution that the surveys have provided to policy making in Northern Ireland.

So have public attitudes changed over the past 20 years?  The answer is yes – and no …

Attitudes towards sexual relations between adults of the same sex have changed dramatically.  While a majority of respondents in 1998 (58%) thought that these sexual relations were always wrong, by 2013 this view had fallen to 27 per cent.  Conversely, the proportion thinking that sex between adults of the same sex was not wrong at all rose from 15 per cent to 43 per cent.  In 2013, the year when questions on this subject were last asked in the survey, around six in ten respondents thought that marriages between same-sex couples should be recognised by law and accorded the same rights as ‘traditional marriages’.

There is also evidence of changing attitudes towards the legalisation of abortion.  In 1998, around half of NILT respondents thought it was not at all or only sometimes wrong to have an abortion if there was a strong chance of a serious defect in the baby. By 2016, over 80 per cent of respondents thought that the law should definitely or probably allow abortion where a foetus had a fatal abnormality.

Significantly, same-sex equality and abortion are two issues where legislation in Northern Ireland continues to differ from that of its neighbours – England, Scotland, Wales and the Republic of Ireland. The Life and Times data indicate that there is public support for change in legislation here.

In relation to other issues, attitude change has been more mixed.  Findings from NILT consistently show that the majority of respondents feel that there is a lot or a little racial prejudice in Northern Ireland.  And just over half (52%) of NILT respondents in 2017 felt that Northern Ireland is a society that welcomed refugees escaping persecution.  Moreover, only one quarter of 16 year olds taking part in Young Life and Times thought this.

Despite these perceptions about Northern Ireland as a whole, levels of self-reported prejudice are low – in 2017, 79% of people taking part in NILT said that they were not prejudiced against people of minority ethnic communities.  The Life and Times survey has explored respondents’ willingness to accept members of different communities across a range of relationships, including as a local resident, a colleague, a close friend, or a relative by marriage.  Across all years, Irish Travellers and Muslims have been least welcome compared to notably higher acceptance ratings for Eastern Europeans and other minority ethnic groups, such as, Chinese or Asian.

The survey data have indicated increased support for mixed-religion neighbourhoods, workplaces and schools.  At the same time, however, there has been a drop in the proportion of respondents thinking that relations between Protestants and Catholics will improve in five years’ time.  The data also give evidence of how attitudes are greatly affected by contemporary events (both positive and negative).

Undoubtedly, one strength of these annual surveys is that the same topics can be explored year on year, and so the surveys provide an important barometer of social attitude change.  They also act as a marker of which issues are significant at particular times.  Some concerns are as prominent now as they were when the survey began in 1998, whilst others, such as responsibility for bonfires, or rights for transgender people, have come to public prominence in recent years.

The survey data has played an important role in providing independent evidence that can help shape and evaluate key public policies, such as those relating to community relations and racial equality, and have consistently informed public and political debate, including in highly contested policy areas.  Now it’s time to look to the future.  As Brexit looms, and we face other regional, national and international challenges, the surveys will continue to monitor how we think about the issues in our lives.

Finally, we could not have done this without the 87,237 adults, young people and children who have voiced their opinion in the surveys – thank you!