A Special Arrangement for Northern Ireland?

Professor Colin Harvey and Dr Nikos Skoutaris from the University of East Anglia look at how the formal recognition of the particular circumstances of Northern Ireland is vital to securing the objectives being sought for an orderly Brexit. 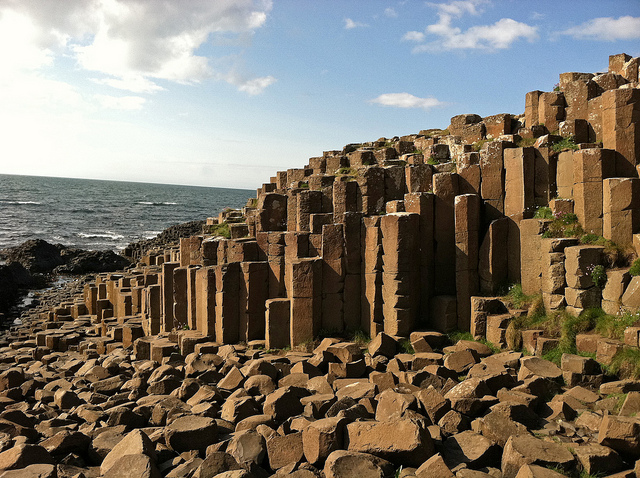 The negotiations on Brexit continue and are intensifying. Northern Ireland has found itself at the heart of these discussions. The EU-UK Joint Report of December 2017 gave further endorsement to the notion that there are unique circumstances that demand specific solutions.

This appears not to be contested; it is the method of respecting the concept that is subject to ongoing debate. The draft Withdrawal Agreement took this one step further, by turning political agreement into a legal text. As things nudge forward, elements of this legal text have secured agreement (indicated via colour coding).

The Protocol on Ireland/Northern Ireland (the ‘backstop option’ or Option C) is intended as a solution if the other options fail. The reaction it received in parts of the UK is a cause for concern; in our view, it simply gave legal meaning to what many felt had already been agreed. This becomes even more troubling as Options A (a future EU-UK relationship that would be able to address the challenge of the Irish border) and B (‘specific’ technological solutions) are thus far failing to materialise. We are concerned that the debate in the UK is still not displaying adequate recognition of some basic facts about the current situation.

First, Northern Ireland already enjoys a form of special constitutional status. This is evident in the Good Friday Agreement, and subsequent agreements, as well as in the legal content and significance of the Northern Ireland Act 1998. So, the conversation around Brexit is essentially about maintaining and stabilising Northern Ireland’s existing circumstances in this novel environment. It is a place that ‘diverges’ from the UK (and Ireland) in significant respects. Moreover, it is one of the two UK constituent parts that voted to remain.

Second, it was recognised early in the process that any obstacle to the free exercise of the right of secession (that Northern Ireland already possesses) needed to be faced. Creating a bespoke solution that ensures alignment with the EU is simply a way of not undermining this existing right.

Third, the invisibility of the border will depend on keeping the island, as far as is possible, as a single economic unit where people and goods can move freely. Proposals for developing a ‘common regulatory space’ are essentially again an attempt to conserve the benefits of what happens now.

Fourth, territorial/geographical exceptions do exist already within the EU and there are many examples where constitutional complexity is recognised, including in cases that are linked with the UK, for example, Gibraltar and the Channel Islands. This makes the argument for a differentiated approach with regard to Brexit plausible and the objective a reasonable one in these negotiations.

Fifth, and finally, we acknowledge and accept that East-West cooperation will have to be enhanced. Here again, however, there is an available solution (in addition to the mechanisms to be agreed as part of the Withdrawal Agreement). The Good Friday Agreement, in its principles and its institutions, is the obvious vehicle to take forward the bi-lateral collaboration that will be required. The British-Irish Council and the British-Irish Intergovernmental Conference, for example, provide an existing framework for nurturing the British-Irish ‘special relationship’. They might also offer a space for the UK, and its constituent parts, to remain engaged with developments within the EU.

We believe that formal recognition of the particular circumstances of Northern Ireland is vital to securing the objectives being sought as the UK negotiates its orderly withdrawal from the EU. A special arrangement/status is in keeping with a more pluralistic understanding of the UK’s constitution, would be respectful of the Good Friday Agreement and the peace process, and is possible within the contours of the EU’s own legal/political order.

Professor Colin Harvey is leading an ESRC funded project (BrexitLawNI) on the consequences of Brexit for Northern Ireland and Dr Nikos Skoutaris, University of East Anglia, has written extensively on this subject and has just produced an Independent Opinion for the GUE/NGL Group of the European Parliament on a Special Designated Status for Northern Ireland post-Brexit.