With the pressure on the Prime Minister to propose a viable alternative to the backstop, Dr Katy Hayward summarises the options and challenges of alternative arrangements. 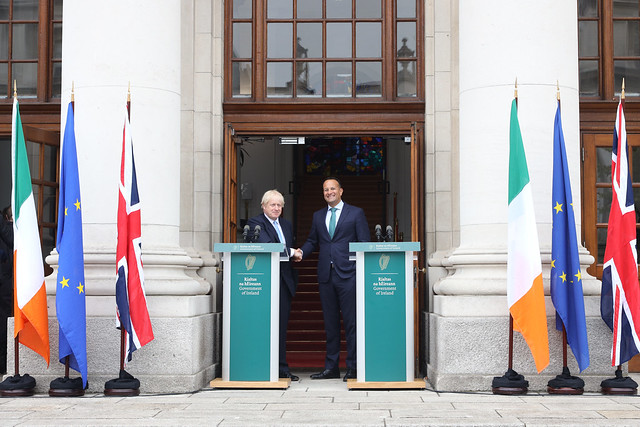 The Prime Minister was set a 30 Day Challenge to produce an alternative to the backstop. If he is going to convince the heavyweights in Brussels that he has alternative arrangements ready to roll, then he is going to have to get serious with the technicalities.

In managing any state border, there are three principles in play. One: we know what is crossing the border. Two: we know that it meets the criteria for doing so. Three: we can prevent entry/exit if needs be. In order to understand (and, perhaps, to resolve) the post-Brexit Irish border conundrum, it is helpful to conceive the challenge in these terms.

The reason why the backstop is anathema for many is because it keeps the UK (specifically, Northern Ireland) and the EU closely aligned in certain ways. This is in order to use what might be seen as the ‘master key’ of border management, and the one that the process of European integration is built on. That is: it make it possible to assume that everything that crosses the border meets the criteria for doing so. This is the backstop: what is crossing from Northern Ireland into Ireland (and thus the Single Market) complies with the EU’s rules. Thus, there is simply no need for a hard border.

The only alternative arrangements that could possibly have the same effect are those that somehow leverage an exemption from those rules that would otherwise require checks and controls. Special economic zones, the invocation of the GATT security clause, waivers for small enterprises – all such initiatives basically seek to ignore the fact that different rules will apply post-Brexit between the UK and EU. In this case, the biggest challenge will be that of retaining the confidence of both consumers/customers and external trading partners if it becomes known that Northern Ireland is the place where, effectively, a blessing is given to breaches of the rules.

Article originally appeared in The Telegraph.

yES INDEED A BLESSING WILL BE GIVEN TO HOODLUMS AND BANDITOS TO SMUGGLE IN AN AREA WHERE THIS CONCEPT IS ENDEMIC ; yES WE CAN DECIDE TO INTERCEPT CONVOYS OF STUFF BOUND FOR eUROPE BUT LIKE eL PASO MORE WILL PASS THAN IS DETECTED AND nEWRY AND dUNDALK LET ALONE lIFFORD AND sTRABANE WILL BECOME CETRES WHERE ANYTHING GOES .TO DEPRIVE THOSE WH OWISHED TO REMAIN IN THE EU APPEARS TO COUNTERACT THE ARGUEMENT THAT WE WILL CONTROL OUR OWN DESTINY AND THIS BLATANT DISAFFECTION BETWEEN FORM AND POLICY IS EXEMPLIFIED IN dODDS ACCLAIMATION OF THE jOHNSON DEAL. PERHAPS ITS THE LOSS OF 45000 JOBS MOSTLY DUPITES WHICH PROVOKES fOSTER TO RETIRE FROM THE HARD bREXIT.PEACE WILL BREAK OUT AFTER THE WAR IS OVER