The Passing of Her Majesty Queen Elizabeth II

A message from President and Vice-Chancellor Professor Ian Greer. 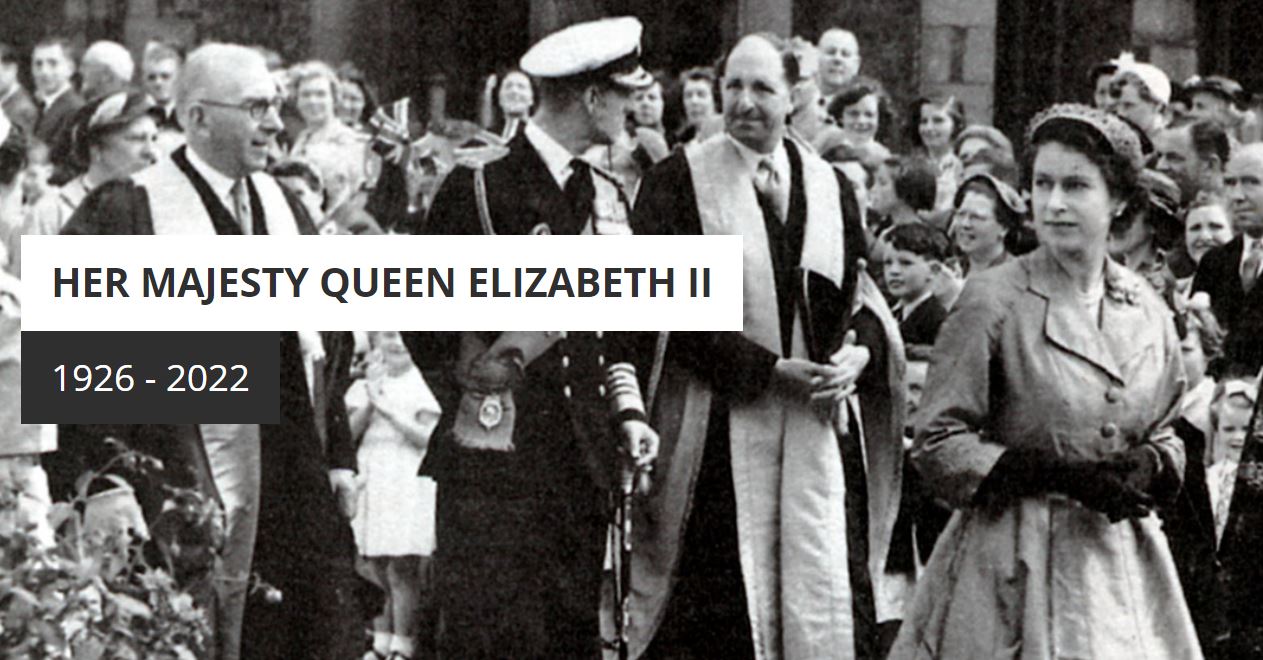 On behalf of the Queen’s University community, I wish to express my deepest sorrow following the passing of Her Majesty Queen Elizabeth II.

Over the course of Her Majesty’s 70-year reign, her life was devoted to public service. We feel immensely honoured that The Queen has been such an important part of our history, joining us for many key moments in the life of the University.

At Queen’s, we are enormously proud of our connections to the Royal Family and their support for the University since the Queen’s Colleges were formally brought into existence on 30 December 1845 and named in honour of the reigning monarch, Queen Victoria. In 2020 we celebrated 175 years since the establishment of the Queen’s Colleges.

We were honoured to have HM The Queen and HRH The Duke of Edinburgh visit the University on a number of occasions, most memorably in March 2008 to mark 100 years since the granting of the charter in 1908 by Edward VII, with the Queen’s College becoming The Queen’s University of Belfast. This was a special occasion, with our royal visitors taking the time to meet many staff and students involved in successful Queen’s Anniversary Prize projects and attending a celebratory lunch in the University Great Hall.

Her Majesty and HRH The Duke of Edinburgh also visited Queen’s in 1953 as part of the Coronation Tour and again in 1966, when they opened the University’s playing fields at Malone and the Social Sciences Building in the Quad.

When thinking of words that can adequately convey our deep affection for Her Majesty and the sense of loss at Her passing, I am reminded of our University motto and that of the City of Belfast “Pro tanto quid retribuamus?” what shall we give in return for so much?

Her Majesty’s selflessness and devotion to public service epitomised this motto.  She would be the one asking what can we give – indeed on her visit in 2008, I am told she asked what could she do to ensure this was a special day for everyone at Queen’s.  We will mourn her loss immensely and extend our deepest condolences to His Majesty The King, and the entire Royal family at this sad time.

A book of condolence for any staff, students or alumni of Queen’s wishing to leave their own personal tribute is available in the Hamilton Room (located in the Lanyon Building) daily from 10.00am – 6.00pm until Tuesday 20 September, or electronically below.

You can sign the online Book of Condolence here.