Trade deals, labour conditions and the gap between talk and action

Dr Billy Melo Araujo looks at how the interaction between trade agreements and labour has occupied trade negotiators, policy analysts and academics alike for the better part of the last 30 years. 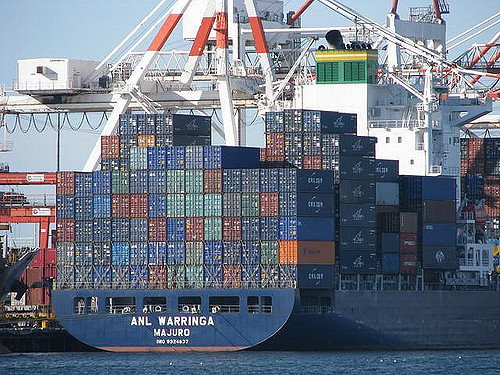 The intersection between trade and labour is a topic that has attracted much attention over the past 12 months. From Brexit to the presidential elections in the US, politicians have sought to exploit the notion that trade – and in particular trade liberalisation – produces negative effects on labour standards and conditions.

Of course, trade liberalisation produces winners and losers. A number of national industries have suffered as a result of increased global competition. There are also the concerns that as global mobility in goods, services and capital increases, low labour standards in exporting countries may undermine higher labour standards in importing countries eventually leading to a “race to the bottom”.

In reality, empirical evidence supporting the race to the bottom theory remains, at best, ambiguous. There is no clear evidence that low labour costs significantly enhance export performance or foreign investment. Labour costs tend not to be decisive factors in foreign direct investment decisions compared to other issues such as labour productivity and political stability.

The narrative, however, is strong. The idea that trade liberalisation negatively affects employment standards in domestic markets is one that holds a particular resonance with the public, and it’s no surprise that politicians keep coming back to it. It is no surprise either that the interaction between trade agreements and labour has occupied trade negotiators, policy analysts and academics alike for the better part of the last 30 years.

The central issue here is whether trade agreements can or should be used to improve labour rights and social conditions globally. Those that are in favour – mostly rich, developed economies – argue, despite evidence to the contrary, that promoting labour standards through trade addresses concerns over a race to the bottom. The theory goes that companies are more likely to move their activities to countries where labour costs are low, something that leads to job losses at home and the temptation to reduce labour standards in order to keep such jobs.

Equally, some have argued that there is a moral duty to use trade agreements to improve the plight of workers abroad. But this has historically been rejected by a significant number of developing countries who have also bought into the notion that low labour standards can provide a competitive advantage in trade. They view links drawn between trade and labour as protectionist mechanisms designed to remove one of the few advantages held by developing countries in global markets.

Attempts to introduce labour standards within the rules of the World Trade Organisation have thus consistently been rejected. However, links between trade and labour have been implemented in bilateral and regional trade agreements pursued by major economies such as the EU and the US.

Both seek to justify labour provisions by putting forward values-based arguments. The US says the protection of worker rights in free trade agreements (FTAs) is a core value, while the EU says such provisions are a key component of its values-based agenda.

The agreements negotiated by the EU and the US follow a fairly similar approach. Both use these deals to require countries to comply with core International Labour Organisation (ILO) standards. That stops those countries – for example, Colombia, Peru and South Korea – from amending or failing to enforce domestic labour standards to gain a competitive advantage in trade or investment.

So, do these agreements end up improving labour rights and conditions in the territories of EU and US trade partners? Well, the US has had some success getting its trading partners to undertake significant domestic labour law reforms prior to the entry into force of US FTAs.

The US-Colombia FTA is a good example. The US decided not to ratify the agreement until it was satisfied that Colombia had adopted a number of reforms, from improvements to enforcement of labour laws to the protection of trade union officials and the criminalisation of anti-union acts.

A signed FTA with the biggest economy in the world is effective bait – but the post-ratification record of these FTAs is far less impressive. The US Government Accountability Office shows that the implementation of labour standards requirements included in US FTAs has been deficient. This is in part due to the lack of enforcement – only one arbitration ruling has been delivered in relation to a labour violation under a US FTA. But there has also been a lack of funds and resources allocated to monitoring.

At least US agreements allow it to impose trade sanctions. Under European Union FTAs, labour provisions are exempt from dispute settlement: hard enforcement mechanisms are not available if the trading partner decides not to comply.

That might explain why the impact of EU FTAs on labour standards has been arguably even more limited. The EU has had to rely on monitoring and friendly cooperation to make sure trading partners comply with any labour provisions.

The available evidence suggests that the impact has been limited because of inefficient monitoring and engagement from the EU with the relevant authorities and civil society organisations on the ground.

The criticisms have stung. The EU has recently put forward proposals to improve effectiveness, but the impression that emerges right now is of a disconnect between rhetoric and action. Both the EU and the US have sought to package FTAs as tools to promote labour standards and protect workers. Yet, both have failed to develop the capacity to make it work.