One of the most sensitive issues during the Brexit process has been the impact of the UK’s withdrawal from the EU on Northern Ireland. Darren Litter argues that against this backdrop, the important role that European Council summits played in the Northern Ireland peace process has largely been overlooked. 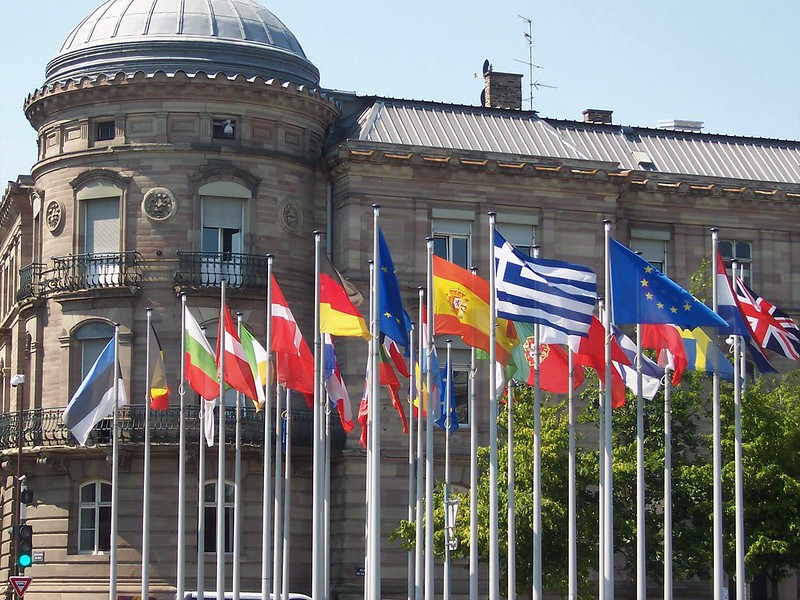 The European Council recently held a two-day summit focusing on diverse challenges such as Covid-19, setting priorities for the single market, and relations with Russia. European Council summits are, of course, highly important affairs, where the national representatives of the EU’s member states have their say on the policy issues of the day. The other dimension to these summits, however, is the unique opportunity they provide to engage in bilateral business in an environment characterised by informality, equality, and privacy, with an overarching commitment to consensus.

One example of the value of this is the negotiations leading up to the Good Friday Agreement in 1998. UK and Irish leaders drew extensively on European Council summits in the key negotiation phases prior to the agreement. This is a side to the European Council that has been largely overlooked, but the episode is worth exploring given the recent discourse around Brexit and its impact on Northern Ireland.

The Anglo-Irish Agreement (AIA), which was signed in 1985, is widely regarded to be the ‘first step’ in the Northern Ireland peace process as it provided the Irish government with formal input into the UK’s approach to Northern Ireland. The agreement was a major achievement: just a few years earlier, the possibility of signing such a deal was largely thought to be impossible.

There were at least two major obstacles that had to be overcome in the initial stage of the process. First, the UK’s Prime Minister, Margaret Thatcher, was highly sensitive to the sentiment of unionists in Northern Ireland and would not risk incurring their ire by appearing to be overly friendly with Dublin. Second, the Iron Lady continued to feel a sense of contempt toward the Irish government due to Taoiseach Charles Haughey’s 1982 efforts to withdraw European sanctions against Argentina in relation to the Falklands War.

The UK Prime Minister was not only disinclined to reach an accord with Ireland, but was not even willing to meet with her Irish counterpart, as she herself made clear. It was consequently only at a Brussels European Council summit in March 1983 – where Thatcher was able to maintain the element of plausible deniability – that Taoiseach Garret FitzGerald was finally able to meet the Prime Minister face-to-face.

Thatcher was said to have initially been “curt and abrupt”, as was to be expected, but this gave way to a commonality over security issues, with the two leaders remarkably then agreeing to gradually restore senior level contact. This was followed by a June summit in Stuttgart in which both sides agreed to commence negotiations, with FitzGerald personally seeing to it that Thatcher received a bottle of whiskey she had requested on the night before the meeting.

As Robin Renwick, a senior Foreign Office official during the period, recollects, to have even the remotest chance of success in the face of “implacable unionist opposition”, the negotiations themselves had to be conducted in absolute secrecy. Four of the six prime ministerial meetings underpinning the achievement of the AIA thus drew upon the privacy and security of the margins of European summits.

The Fontainebleau summit in June 1984 marked the first time the Irish government signalled an openness to amending the articles in the Irish constitution (2 and 3) claiming jurisdiction over Northern Ireland. The Milan summit of June 1985 was even more decisive, with FitzGerald clearing the way for agreement by drawing upon this formally equal context to engage in a “calculated onslaught” against Thatcher, who had suddenly felt the negotiations had “gone too far, too fast”.

As reports from the time suggest, this was perhaps the only time Thatcher was willing and receptive to such a “sustained lecture”, let alone from a so-called smaller state. The next time the two leaders would meet was simply to sign the Agreement at Hillsborough Castle on 15 November. The Irish Foreign Minister at the time, Peter Barry, later reflected that the European Union “gave us the forum with which we could discuss matters”, and that “I can’t work out how we would have done it [the AIA] without the European Union”.

The Downing Street Declaration and the Good Friday Agreement

The Downing Street Declaration in 1993 was critical to the achievement of the Good Friday Agreement in that it effectively rescinded any remnants of the UK-Irish territorial conflict, fostering the environment for eventual agreement between the Northern Ireland parties. The actual process of agreeing it, however, was somewhat arduous, with the entire effort being threatened at times by a sensitivity to leaks and failure to reconcile positions.

The margins of European summits were again vital to overcoming this. The two governments first took control of the emerging peace process during a Brussels summit in October 1993. Of particular significance was the side-lining of talks between John Hume and Gerry Adams that had become highly autonomous in nature and a source of distraction. The compromise which then ultimately enabled the Downing Street Declaration – namely an agreement to implement the Forum for Peace and Reconciliation – came during another Brussels summit in December 1993.

This was followed by a June 1994 summit in Corfu in which the two governments discussed “detailed constitutional matters” that had not otherwise been addressed between them “since 1921”. Sir John Major, the UK Prime Minister responsible for this milestone, has stated that “the peace process in Ireland actually began in private discussions with Albert Reynolds in the margins of the European Council”.

While the Good Friday Agreement will be forever linked with Stormont’s Castle Buildings, European summits were the location for many of the key advances leading up to the breakthrough in 1998. As the chief UK negotiator, Jonathan Powell, has commented, the value of shared EU membership was that it “made it easier” for the two governments to “have the sort of discussions… [they] needed to have”.

It was on the margins of the EU summit in Luxembourg in November 1997, for instance, that Prime Minister Tony Blair and Taoiseach Bertie Ahern were able to make progress on the “key sticking points” of prisoner release and getting the then dominant Ulster Unionist Party to engage with Sinn Féin. The even more fundamental contribution of European Council summits, however, was that they enabled the crucial element of an agreed UK-Irish position.

Although commonly overlooked, this had not yet been achieved as the multiparty talks moved into their final week in April 1998, and “great differences” still existed between the two governments. On the margins of a Europe-Asia summit in London – “away from the lights” of the world media camped in Belfast – the two leaders were able to undertake private discussion of the draft text and agree to it. In this respect, the space provided by the framework of EU activity enabled the two premiers to achieve what had been regarded in the days prior as “next to impossible”.

Mitigating the loss of the European space

It should be apparent from this discussion that the UK’s departure from the European Union has removed an avenue for negotiation which was central to Ireland and the UK reaching an agreement over Northern Ireland. It is important therefore that the two governments explore ways in which they can mitigate the loss of this European space.

European Council summits are unique, and it will not be possible to replicate their role entirely. What Ireland and the UK should do, however, is reinvigorate and refine some of the structures provided by the Good Friday Agreement, principally the British-Irish Intergovernmental Conference, which have become dormant in the intervening period – largely due to the assumption that Northern Ireland had become a problem of the past.

Darren Litter is a PhD Candidate at Queen’s University Belfast studying the extent to which European integration and British-Irish intergovernmentalism are ‘inextricably intertwined’.