What would John do?

Joseph Ireland follows up on his recent call for a Climate Act and a supporting Citizens' Assembly for Northern Ireland. 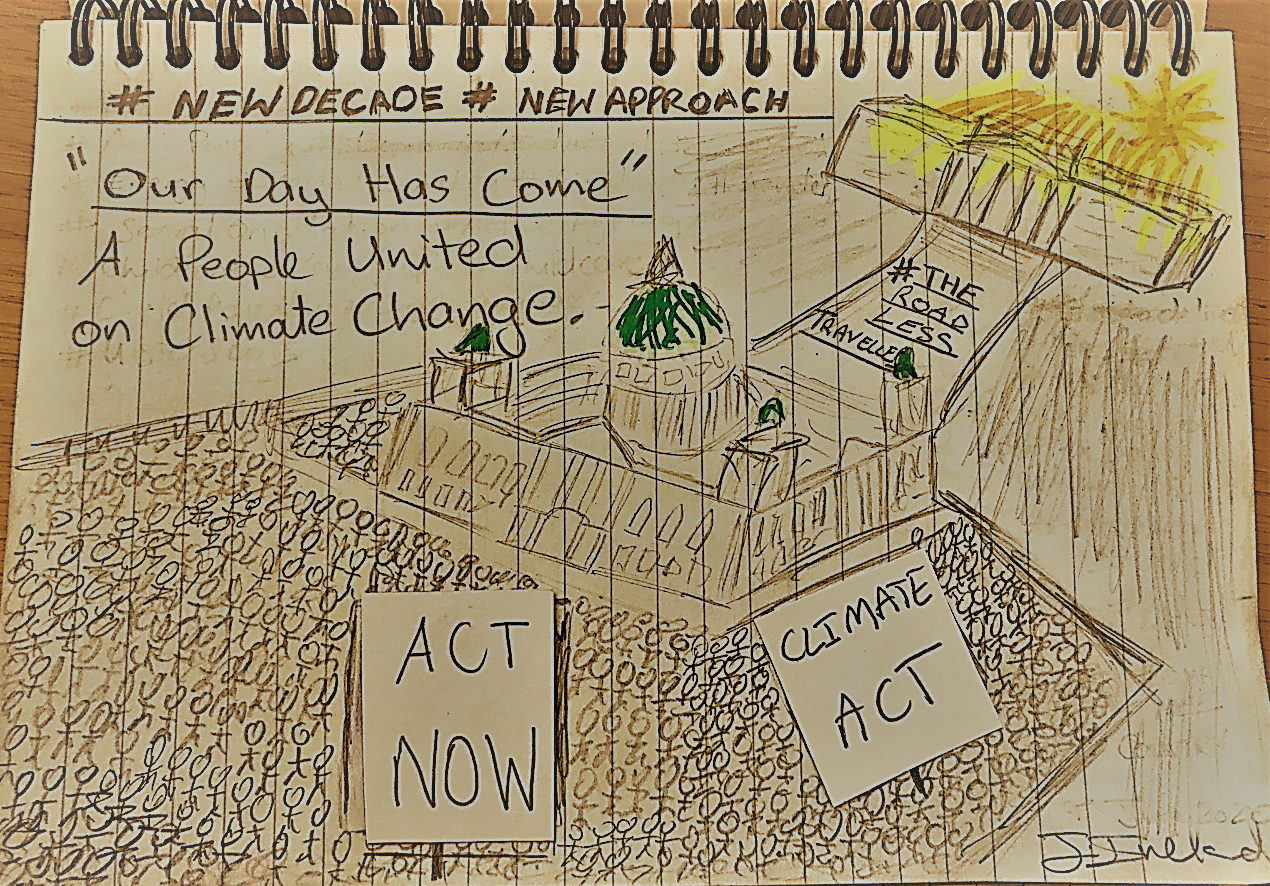 In the wake of the political denial of my first letter calling on The Executive to unite the people of this island, Catholic and Protestant alike, in a cause greater than any of us, in the cause of Climate Breakdown, I feel it is my duty as a citizen and a father to write again.

“It is the first responsibility of every citizen to question authority”.

Thanks to elders like John Hume, the days of sectarian bombing have been defused, written into our history as painful memories of the dark places where divides between human beings can lead.  The disaster of Climate Breakdown, however, is a ticking time bomb on a countdown to explosion.

The warning phone call has been made by the climate science for years, and we now have the opportunity and obligation to defuse it. We must act now; there is no planet B and no Noah’s ark will save us. My words calling for a Climate Act and a supporting Citizens’ Assembly were dismissed in old and habitual patterns of political vetoeing. I now find myself reaching inwards calling on my elders for guidance. The men and women alike, who are evolved products of our history and have walked this road before. As I call out to them, a question arises from my soul, “What would John do?”

John Hume suffered oppression in the 1960s and it must have enraged him, but he refused to see a future the same as the past. He turned to his elders: Martin Luther King, Nelson Mandela and Mother Teresa for guidance. John made the conscious decision to live by an ideal rather than fight for one.  He chose to be an architect, a visionary and a leader. John was compelled by his virtuous faith and I believe he would reply:

“This division line on Climate Change cannot be drawn on any map, but is engrained within the hearts and minds of our people. When a people are divided the only solution is an agreement and every person must be viewed with respect and honour. We must, together, build a future for this country that is as great as our dreams allow”.

John met the challenge of building peace in a divided society head on.  We must do the same with Climate Breakdown and form a Citizens’ Assembly to aid the Executive in developing a Climate Act specific to Northern Ireland.

RIP John, your body may be resting but your spirit lives on within your people.