Where now for the Northern Ireland public service?

The Northern Ireland public service has entered a period of contraction and rationalisation that is likely to persist for several years. Dr Muiris MacCarthaigh asks how can Northern Ireland weather the storm and plan for a better future? 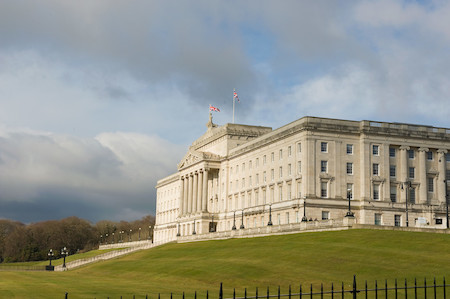 The Northern Ireland public service has entered a period of contraction and rationalization that is likely to persist for several years. This follows a global pattern that has seen governments in Europe and elsewhere implement tough cost-containment measures in order to cope with the concurrent problems of falling revenues and high public debt.

Where and what to cut?

In periods of crisis or cutback, the initial reaction of governments is to focus on high spending policy areas (typically social welfare, education, health) and the structures of government (civil service, quangos, local government).

Northern Ireland is only belatedly facing up to these considerations, and in many cases must do so in the context of limited devolved autonomy. To quote a famous study of the last global recession: ‘Policy requires politics’. The recent difficulties within the Northern Ireland Executive over the trajectory of welfare policy reflects competing sets of policy preferences that have played out elsewhere.  One view prioritizes efficiency adjustments based on spending cuts, including reversing entitlements to welfare transfers and services.  Another prioritizes support for the existing range of state activities, and seeks efficiency gains and ‘value for money’ considerations within existing provisions. Trade-offs are necessary but against a backdrop of poor industrial relations and consequent trade union objections, choices are limited.

In relation to structures, there has been more common political ground.  The Stormont House Agreement has paved the way for a smaller public service, fewer MLAs and government departments. The recent local authority mergers have been planned for some time.  There is a danger that internal re-organisation and quango mergers could result in mere bureau-shuffling and unexpected or hidden costs, rather than realising savings through elimination of duplication, development of more innovative work practices, and termination of some public services.  A system-wide reform requires a public plan – piecemeal or ad-hoc reform measures do little to uproot system-wide practices and spending patterns that have been established over years.

In parallel with state retrenchment, there is growing interest in engaging and interweaving citizens more fully in all stages of the policy process.  This reflects a belief that there is considerable scope for public involvement in the design and delivery of public services. Other developments include moving away from large grant-aided service delivery funding models towards smaller, competitive and more targeted outcomes based services. Internationally, there is a strong trend towards more easily accessible and user-oriented public services. Citizens expect minimal administrative burden, sharing of information between relevant public organisations, and easy access to services.

As well as obvious budgetary constraints, there are other challenges in respect of public service delivery arising from the crisis, including the multi-sectoral nature of problems, rising demands, integration of services and service quality.

Pointing to ‘silo’ structures is not unique to the Northern Irish public service, and there are some laudable attempts underway to break away from traditional policy development models. But there is now a clear economic incentive to develop greater flexibility in the way public service organisations link to tackle endemic social problems such as youth unemployment.

The size and cost of the public administration and political system cannot be ignored when seeking to balance public finances. However in the recent rush to reorganize Departments, there has been insufficient consideration of the appropriate fields of activity for government. The process of slicing and dicing some, but not all, departments presented a unique opportunity to reflect on the objectives of the civil and public service, the values that these organisations should espouse, and the manner in which public services can be delivered in lean times.  For example, can the public expect a more one-size-fits all approach to welfare and service entitlements, or can the opportunity be taken to shift towards more personalized services?

Whatever service delivery reforms materialise, a more complex public service environment requires a strong centre capable of managing and co-ordinating a variety of delivery channels. A forthcoming OECD review may have some advice to offer the new Executive Office on this front.  At a minimum, basic information about how public money is being allocated over the next few years would provide the basis for a more informed and critical debate about the future of the public service.

Putting wellbeing at the heart of governance in Northern Ireland