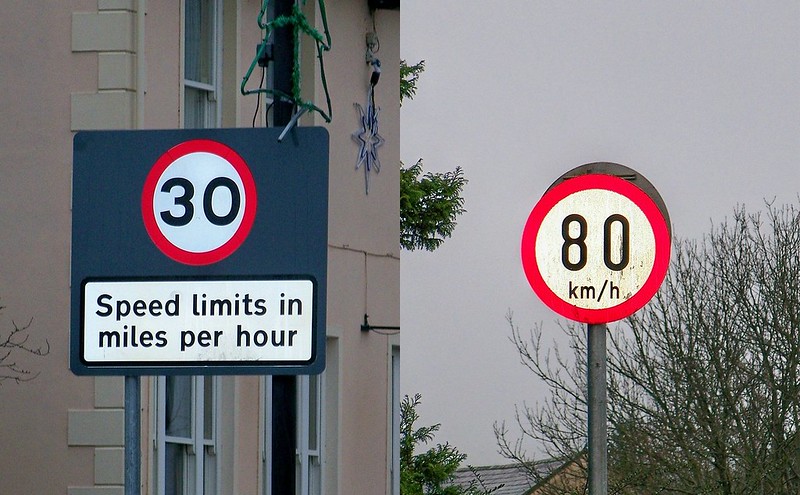 Almost anything can be used to set off excitement about a border poll and Irish unity. Brexit and Covid have both fulfilled this role, although we may soon hear less about Covid from nationalists now vaccination rollout in Northern Ireland is among the best in the world. The next wave of united Ireland excitement is likely to come from a comparison of living standards.  A number of articles and studies in Dublin are already picking away at this.

The view of the Northern Ireland economy from southern economists has always been jaundiced and self-serving, lacking a real understanding of how the UK economy works. John Fitzgerald and Edgar Morgenroth of Trinity College and ESRI in Dublin, for instance, describe the NI economy as lacklustre, lacking dynamism and low productivity. Living standards, they say, depend on payments from Central Government and thus vulnerable to shocks. In their view, Brexit leaves Northern Ireland facing a serious negative impact.

The celebrity Dublin economist David McWilliams dines out on his view that 100 years ago most of the island’s manufacturing was in the north-east while now the great majority is in the south. He provides no context and perhaps does not understand that this reflects UK-wide trends. Most large British cities shed all of their manufacturing before the beginning of this century. London shed a million jobs in manufacturing while converting itself into the world’s leading financial powerhouse.

The necessary context is that the UK has become the world’s leading exporter of services. Even if Northern Ireland has not fully shared in this transition, most of its inward investment is in services, including legal services and cyber-security. The UK economy is quite strong enough to pay for a uniformly high level of public services in those areas where financial and business services are not as well developed as in London and South-East England.

The whole question of subsidies for public services are poorly understood in Ireland. The background in Northern Ireland is an economy which grew at close to UK rates (even during most of the troubles when employment grew faster than in GB). However, the population expanded much faster than the UK average leading to a shortage of jobs which was very largely met by outmigration to GB. The UK’s response was to create many jobs in the public services, causing more people to stay in Northern Ireland thus making the population larger than it otherwise would have been.  This larger population then creates a need for public spending greater than the taxes generated from Northern Ireland’s private sector. At the same time services are generously funded, just as they are in Scotland. This is a state of affairs with which British public opinion is content. There is no real pressure to change it. It is not a vulnerable situation as Fitzgerald and Morgenroth imagine.

Nor does the Northern Ireland lack dynamism. Over the last decade its economy has grown at exactly the UK average growth rate. Before that it generally grew faster than GB except for the years of the banking crisis when its construction boom was cut down to size with the loss of many jobs in construction. It is true that the UK as a whole has had a problem of slow growth in productivity since the banking crisis, but this is a problem shared with the USA and much of the western world.

What of the Republic of Ireland? Its official national accounts statistics paint a picture of rapid growth and the claim is regularly made, even on the BBC, that Ireland is now one of the world’s richest economies. Would that his were true, but it is not. Ireland’s economic statistics are close to meaningless. In the words on one US economist, they tell us more about the tax affairs of American corporations than they do about the Irish economy. To Nobel prize-winning economist Paul Krugman, it is leprechaun economics. No version of Irish GDP statistics give a meaningful account of Irish living standards as former Irish central Bank chairman, Patrick Honahan, has recently written.

All of this statistical nonsense is caused by the Republic’s status as one of the world’s largest tax havens. Huge proportions of the profits of global corporations slosh through Irish national accounts, although little of it ends up in the pockets of either Irish households or government. If we use a well-accepted measure of living standards, spending by households and by government on behalf of households, then the data in the Republic is much more accurate.

This result is staggering. It means that after 60 years as a tax haven and 48 years inside the EU, the Republic Ireland has not managed to raise the living standards of its people to that in Northern Ireland. If the Republic of Ireland were to rejoin the UK, it would be as the UK’s poorest region just as it was a century ago. While tax haven status and EU membership have worked for the Irish elite, the majority of Irish citizens have gained little. Hence the rise of Sinn Fein in the South.

Other authors attempt to contest Northern Ireland’s advantage in living standards. Adele Bergin and Seamus McGuinness try this using the discredited Irish National Accounts, ignoring Honahan’s warnings about the data. They also use household incomes but again fail to adjust properly for price differences.  All in all, there is little reason to doubt that, even after all that has happened over recent decades, living standards are higher in the North than in the South. This may help to explain why the rigorous polls show a huge margin in favour of maintaining the Union.

The views and opinions expressed in this article are those of the author and do not necessarily reflect the views, official policy or position of Queen’s University Belfast.

Dr Graham Gudgin is Honorary Research Associate at the Centre For Business Research (CBR) at Cambridge Judge Business School, University of Cambridge. He is also visiting Professor at Ulster University.

Very interested in this. Can I send a message to prof gudgin via a message here?

This is such a pile of INACCURATE nonsense peddled to unsuspecting idiots in the United Kingdom to justify the insanity of brexit.

GivinG a platform to this gobbledygook, disclaimer notwithstanding, demeaNs the name of the university.

imHO This article is an ill informed opinion piece using brexiteer style hyperbole to misrepresent a number of facts towards a predefined conclusion rather than a genuine Effort to Provide an objective narrative. 2 clear factual misRepresentations immmedIately juMp out a) all recent opinion’polls Demonstrate a minority support for continuAtion of the union, with undecided holding the balance and b) The uk is not worlD leading in terms of vaccine delivery, it is prioritising the 1st injection and delayiNg the 2nd injection wiTh As yet unQualiFied evidence of success or clinical efiicacy. It is also rUshing out a 65% effective soluTion where many oTher countries are Carefully Releasing a 95% effective solution. All in all this is a very weak article.

OMG as an economist ( avoiding the word fellow) what an irrelevant piece of prose founded on fable economiics. Simply put you missed your place in Germany in 1938. Hope I get a chance to debate and question you on this . Absolute rubbish , please check your parchment to be sure what your doctorate Is in.

No he is correct… You just don’t like his answers. Living standrds in the republic for the average citizen are way below the standards of people in the uk.

So much ideology here and v little ECONOMICS. Focussing on consumption and not on savings, Claiming ireland would be considered a poor coUntry by the eu, not mentioning life EXPECTANCY levels Being lower in ni, poverty levels being lower in the south and them vaccine prograMme. Well we know who’s ahead Here and its not the uk- covid deaths, cases And lOwer vaccine take-up rates.

i fixed that for you. This opinion piece has no place on a University website.