Professor John Garry looks at the recent comments by Sir Jeffrey Donaldson of the DUP following Leo Varadkar's visit to Northern Ireland and asks whether this current spat could lead to a future crisis? 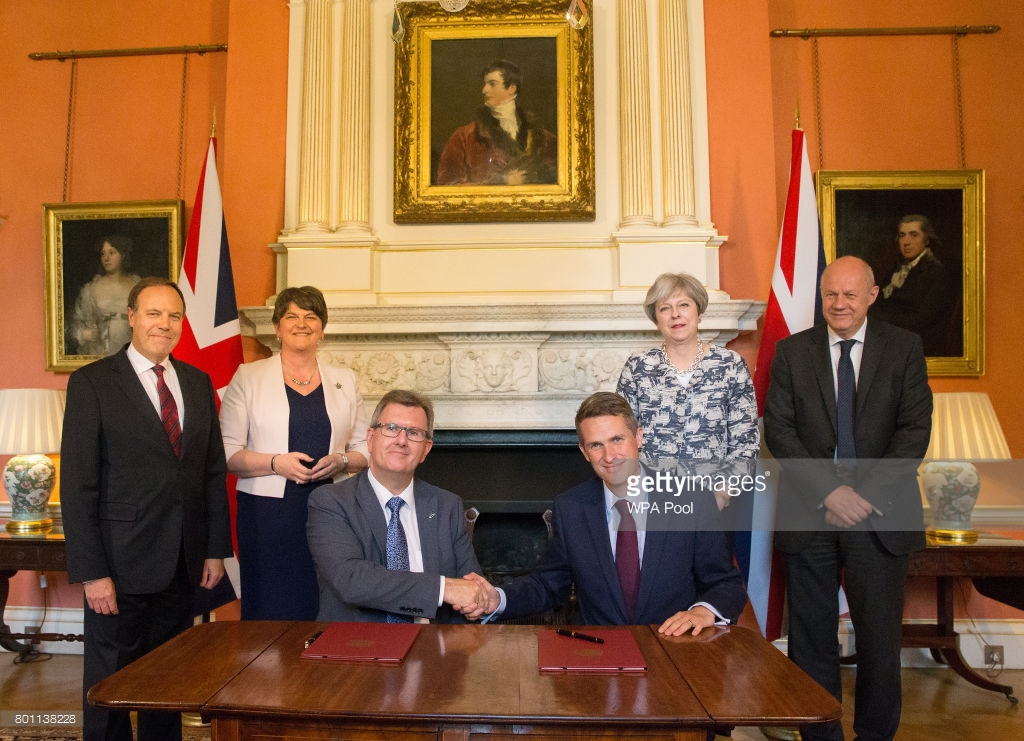 Sir Jeffrey Donaldson, the chief whip of the Democratic Unionist Party (DUP) which is providing the necessary support at Westminster for the Conservative government, has launched a stinging rebuke to Irish prime minister Leo Varadkar’s demands for more details on what the post-Brexit UK border with Ireland will look like.

Sir Jeffrey dismissed Varadkar’s demands as “clearly nonsensical”, arguing that it is only when a “comprehensive trade and customs agreement with the EU” has been reached that the practical border-related implications can be detailed.

He went on to characterise the Irish prime minister’s general approach to the issue of Brexit as chaotic and emotional:

“…confusion seems to be the order of the day. The intemperate outburst by the Taoiseach at a press conference expressing anger at the UK’s decision to leave the EU is just the latest in a series of inconsistent and incoherent messages from the Irish Government.”

Donaldson went on to express in highly critical terms his frustration with Varadkar’s call to avoid a post-Brexit economic border, reminding the Taoiseach that such a border already operates with respect to different currencies and financial regimes. He stated:

“It is embarrassing when the leader of a government seems to be ignorant of the reality that there is already an economic Border between Northern Ireland and the Irish Republic.”

He also accused Varadkar of deliberately hampering the chances of a smooth post-Brexit border regime emerging:

“Sensible work to achieve practical and mutually beneficial arrangements for the Border after Brexit have been stopped on Leo Varadkar’s orders. The Taoiseach may think this is clever politics and it may earn him a slap on the back from some but it is seen in London and Belfast as deeply unhelpful.”

Sir Jeffrey’s position as a leading DUP figure playing a crucial role in the DUP/Conservative governing relationship makes his critical remarks particularly significant. He is clearly frustrated with being told what to do by the Irish prime minister, just as Leo Varadkar is impatient with what he sees as a lack of detail from the UK negotiators. This spat, and its remarkably undiplomatic language, has the potential to drag UK-Ireland relations in a downward spiral of mutual exasperation.

This is a high stakes poker game with serious implications for the whole Brexit negotiations. If Leo Varadkar, rightly or wrongly, ends up being highly miffed by the time he meets up with the other EU prime ministers in October to decide whether the UK has made enough progress on the border issue to be allowed through to the next stage of the negotiations, we could have a crisis on our hands. The Irish prime minister doesn’t have an explicit veto but when all the other prime ministers look to him and ask whether he thinks decent progress has been made on the Irish border question, his answer is likely to be taken seriously.

Currently, the indications are not looking good that his response will be positive. If so, a judgement call will have to be made on whether Jeffrey Donaldson’s position is the more sensible: addressing the border issue should be seen as part and parcel of the bigger negotiations on trade and customs, rather than a pre-requisite for such negotiations.

How things might play out should become clearer in the coming days as the UK government is reported to be about to publish a position paper on the Northern Ireland border issue in tandem with a paper on customs related matters, two papers that will no doubt attract the close attention of Leo Varadkar and his advisors.

The Brexit divorce and the problem child: Or, why Northern Ireland will not sit down and shut up