In the wake of the recent presidential election in Austria, Dr Ulrike Vieten reflects on the growing normalisation of pop-populist far-right parties across Europe. 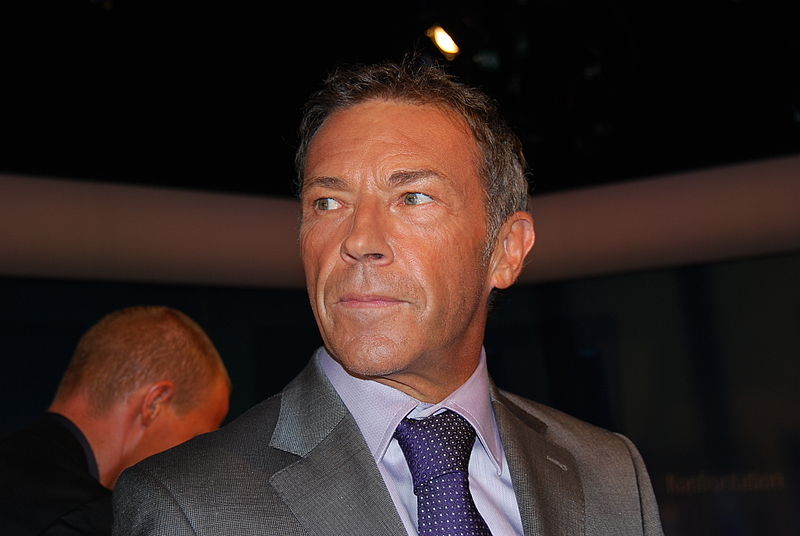 All the people I know felt this hesitant relief after Monday the 23rd of May 2016 and the late afternoon announcement that Alexander van der Bellen won the Austrian presidency. Van der Bellen is a former leader of the Austrian Green party, who entered the race on an independent ticket. It was a very tight competition as voters had provided van der Bellen only with the thinnest majority. Whereas on Sunday night the far-right FPÖ (Freiheitliche Partei Österreichs – Austrian Freedom Party) candidate, Norbert Hofer, led the race with 51.90%, optimistic speculations suggested that the postal ballots of more than 700,000 voters would swing the result as these voters lean more to the left usually, and in the end, it made all the difference.

The head of state in Austria, like in most of the other European countries, embodies seniority and represents rather than leads national political affairs. Having said that, it is the president of the country who is able to dissolve parliament and might call for an early election. Given the scale of success for the FPÖ candidate, this might have caused nightmares on a different and indeed a new scale. Heinz-Christian Strache, the leader of the FPÖ, is the chancellor candidate in waiting, and the next national parliament election will be quite soon in Austria, in 2018. That means there are two years left to stop the tide of populist far-right mood of vox populi.

Far-right populism is on the rise in various countries, and nationalistic extremists have been voted into government power in Hungary and Poland. In Finland, for example, the leader of the Finnish nationalist party became Foreign Minister.

In his book, ‘Did somebody say Totalitarianism?’ (2001, 2002), the Slovenian Philosopher, Slavoj Žižek, comments on the rise of extreme right-wing parties in the 1990s and how mainstream politics responded to this. In his book, he refers to Haider in Austria, Le Pen in France and Buchanan in the US. Back in the 1990s, for better or for worse, mainstream parties and politicians largely agreed on a strict ethical boundary between bad, populist far-right parties, and the ‘good’ ones.

The rise of the far-right parties more recently is connected to political challenges such as the mass arrival of refugees in Europe in 2015, the failed Euro policy (e.g. austerity) and a lack of European social integration, for example. Without a convincing solidarity strategy in place, the governing political elites across Europe, and Austria is a case in point, prove they are not equipped to respond adequately to the xenophobia of significant percentages of their population and the ongoing economic, demographic, cultural and social transformation in European societies. There is a broad anxiety when it comes to issues of national security, individual safety and economic change, all triggered by global capitalism and neo-liberal politics.

Though the scale and emergence of the populist far-right seems to be ‘unforeseen’, warning signs have been out there for quite a while. It is important to look at some of these processes that influence the performances of far-right political parties today, and further, to understand some of the appeal of the new faces representing far-right politics.

A game changer in Austria was Jörg Haider. Haider became leader of the FPÖ in Carinthia in 1983. By 1999, he was elected governor when the party gained 42% and he won a majority, opening up the avenue to hold power in the Carinthia parliament. By 2000, Haider and the FPÖ entered a coalition with the ÖVP (Österreichische Volkspartei – Austrian People’s Party) and Haider became a ‘brand’ for the formation of a new far-right image and party spirit.

However, 16 years ago, most EU Member states refused to normalise the Austrian government on these terms, condemning the far-right coalition and this is what Žižek is critiquing in his book. What he calls the ‘post-political consensus’ failed to tackle the roots of far-right appeal. Mainstream politics did not engage further with the situation of the lower end of the social classes, particularly, taking on board the electoral power of those who don’t live an urban cosmopolitan life, but rather in rural areas, which often indicates a more homogenous social fabric and hit hardest by socio-economic globalisation.

Despite its temporary marginalisation, far-right mobilisation did not vanish. Haider died in a car crash in 2008, but he epitomizes the new face of far-right populism internationally.

According to Ruth Wodak (2013) nativist ideology and an exclusionary chauvinism characterise most prominently far-right populism. Its core elements are encompassed by what she calls the ‘Haiderization of politics’ – an effect of media democracy and celebrity pop culture.

In the German weekly newspaper ZEIT, in 2000, it was termed ‘the world of fechism’. The German word ‘fesch’ means ‘handsome’ or ‘fancy’. Associated with Haider and referring to his tanned face as well as his taste for smart and stylish clothes, it conveys even more today the ‘normalisation’  of
far-right politics[1], ( the popularity of Islamophobia and the broadcast televised performances of far-right politicians. In effect, the relative newcomer to politics, Norbert Hofer, fits this phenomenon of ‘Haiderisation’ and he does so despite his physical disability of limping.

Whereas skin heads or street fighting fascists are associated with working class lads, the new pity bourgeois class of far-right politicians looks similar to any other politician we might know from public debates. However, the message of charming and fesch far-right leaders, such as Hofer, Strache or others in other countries, is clear: it’s back to the ‘imaginary’ past; back to territorial notions of belonging, a conservative – sexist gender regime, and after all, not walking together with non-natives in multicultural and intercultural understanding and solidarity towards the future.

But is there a distinctively post-modern flavour to the contemporary far-right ‘charming’ leadership, male or female such as Le Pen in France, Kjærsgaard in Denmark (DF) or Jensen in Norway (FrP)? Marko Martin argues that the US American sociologist, Christopher Lasch, with his work on Narcissism might give us hints to interpret more accurately the contemporary phenomenon of far-right populism. According to Lasch (1979) pathological narcissism stretches into a version of normality, which might be akin to radical political movements. It might be a shrewd combination of white superiority, middle class sense of entitlement and neurotic egocentrism that triggers the amnesia of the totalitarian past by answering with feschist neo-fascism. Still it is not enough to see the ‘wolf in sheep’s clothing’, we have to engage with the anxiety and fear of those individuals, who hail far-right populism; even if is an uncomfortable job for the more educated middle class to do.

The featured image in this article of Jorg Haider has been used thanks to a Creative Commons licence.