Escaping the jurisdiction of the Court of Justice for the European Union by EUXIT?

In a new occasional paper under QUB’s Jean Monnet Centre of Excellence “Tensions at the Fringes of the European Union”, Professor Dagmar Schiek analyses the extent to which the EU’s association agreements, in particular with states within its neighbourhood, and the new generation of its global trade agreements inaugurated with the Canadian EU Trade Agreement (CETA) allow the UK to avoid the jurisdiction of the Court. She concludes that the chances of the UK to escape the ECJ’s jurisdiction are very slim if the future relationship allows access to the Internal Market. 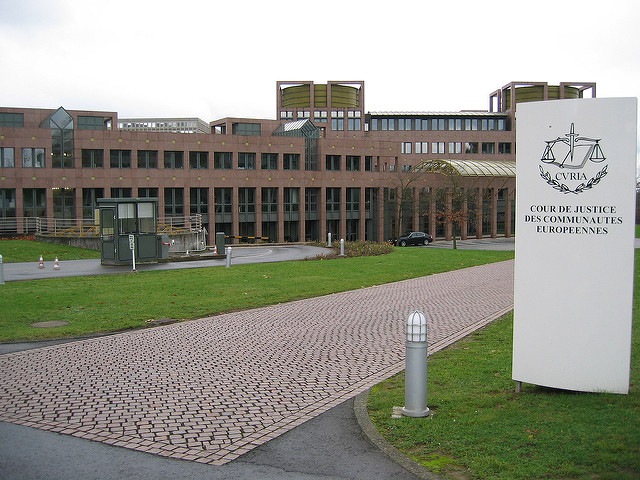 The Court of Justice (CJEU) for the European Union is the EU’s ultimate arbiter on matters of EU law. As a supranational court, it aims to provide both consistent interpretation and enforcement of EU law across all 28 Member States and a clear process for dispute resolution when disagreements arise. The CJEU is amongst the most powerful of supranational courts due to the principles of primacy and direct effect in EU law. We will bring an end to the jurisdiction of the CJEU in the UK.(…) ” (White Paper on Exiting the EU, 2.3)

Escaping the jurisdiction of the Court of Justice of the European Union (CJEU) is not just one of the goals professed in the White Paper on exiting the EU – it most likely qualifies as one of the Prime Minister’s red lines for any so-called “Brexit Deal”, next to free movement. After all, the Court of Justice found some flagship policies devised under Theresa May as Home Secretary to be incompatible with EU law, the most recent being on 21 December 2016 with the Data Retention Regulations, also dubbed “Snoopers’ Charter”. But just how realistic is it to achieve this aim?

What does the jurisdiction of the CJEU comprise?

The Court of Justice ensures “that the law is observed in the interpretation and application of the Treaties” (Article 19 TEU). The term “the Treaties” refers to the Treaty on European Union (TEU) and the Treaty on the Functioning of the European Union (TFEU), and comprises instruments which have the same value as the Treaties, including the Charter of Fundamental Rights of the European Union (CFREU, see Article 6 TEU) In referring to “the law”, Article 19 TEU confirms that the Court not only draws on the Treaties themselves, but also on general principles of law. These are ultimately derived from natural justice, while drawing on the common traditions of the Member States and the interna-tional treaties to which the EU and the Member States are bound. The principles of direct effect and supremacy of EU law over national law have been derived from those general principles and the pur-posive interpretation of the Treaties themselves.